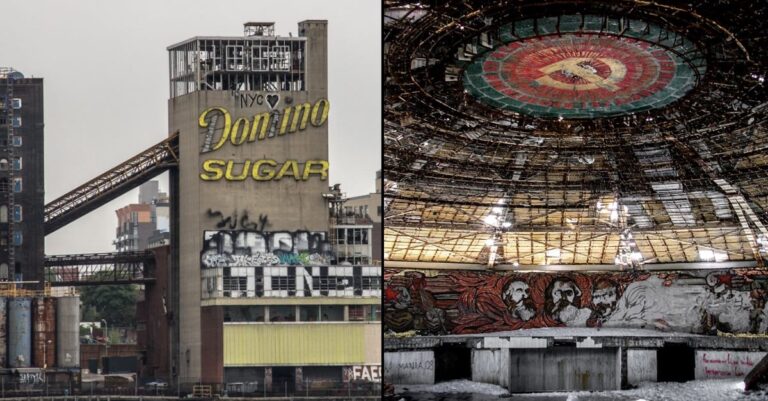 What will stay standing will happen to our legacy when we are gone? Only time will tell. Here are eight abandoned places around the world where time is already winning the battle.

Why are Abandoned Places Indescribable?

Abandoned places possess such preternatural appearance that your brain always gets hushed when they see such a place. When your feet are in such a place, you would experience the true sound of silence and would render you brain inept to even describe what you felt or saw in an abandoned place.

1. House of the Bulgarian Communist Party

What started off as a peak of the communist ideal, is now a crumbling flying saucer on top of a mountain. When the Iron Curtain fell in 1989, Bulgaria moved to a democratic system and left their red past behind. The cost of repairs and demolition are beyond what the country can pay so it still stands to this day. The building has fallen into disrepair and the local population has no interest in the building and want to see it gone. From the inside, you can see the fallen ceiling tiles and crumbling foundation, but it also has the communist history of a past day and age making it a spectacle of today. 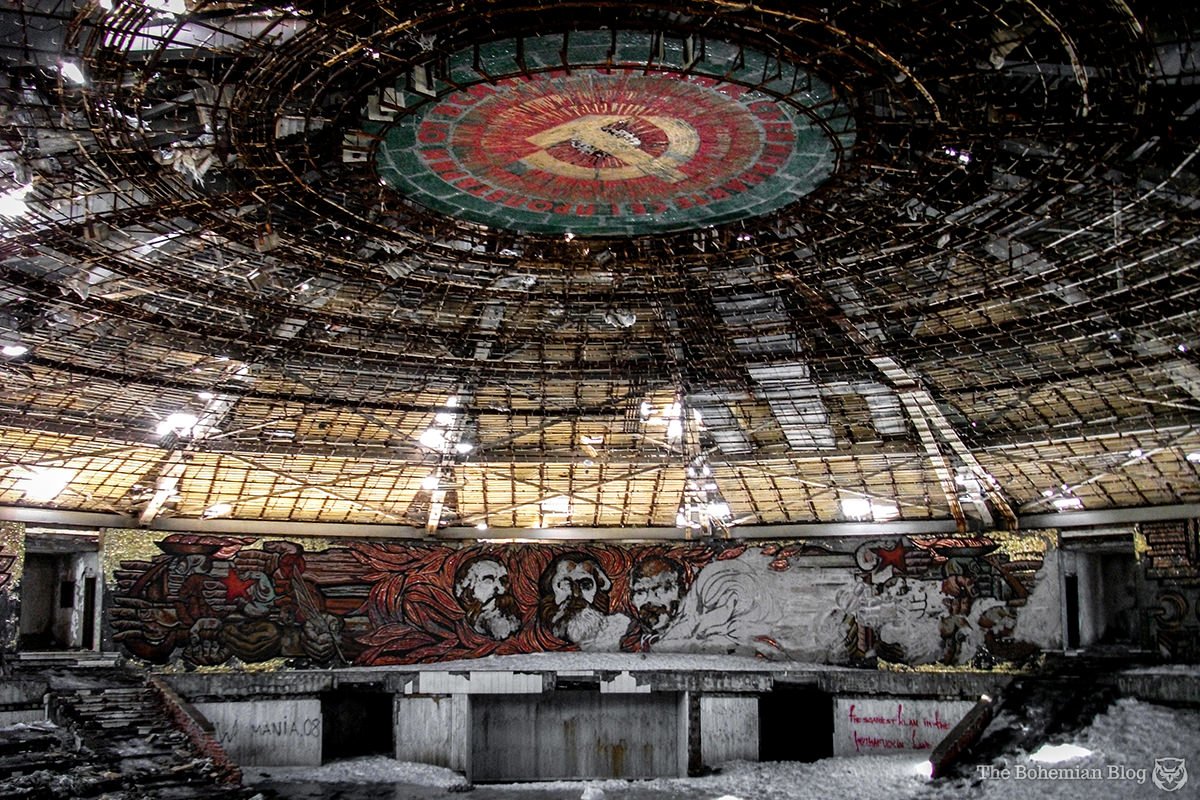 Another highly illegal abandoned property, this time near the city. The Domino Sugar Factory was open for around 120 years, producing 3 million pounds of sugar a day at its peak. The building is truly a throwback to the late 1800’s with the brick and mortar buildings. However when a developer purchased the property when it began to decline. The developer tried and failed to make the old place into a luxury condominium. It is under new management who are trying again to gentrify the building but until they decide, it sits an undecided timeworn property. 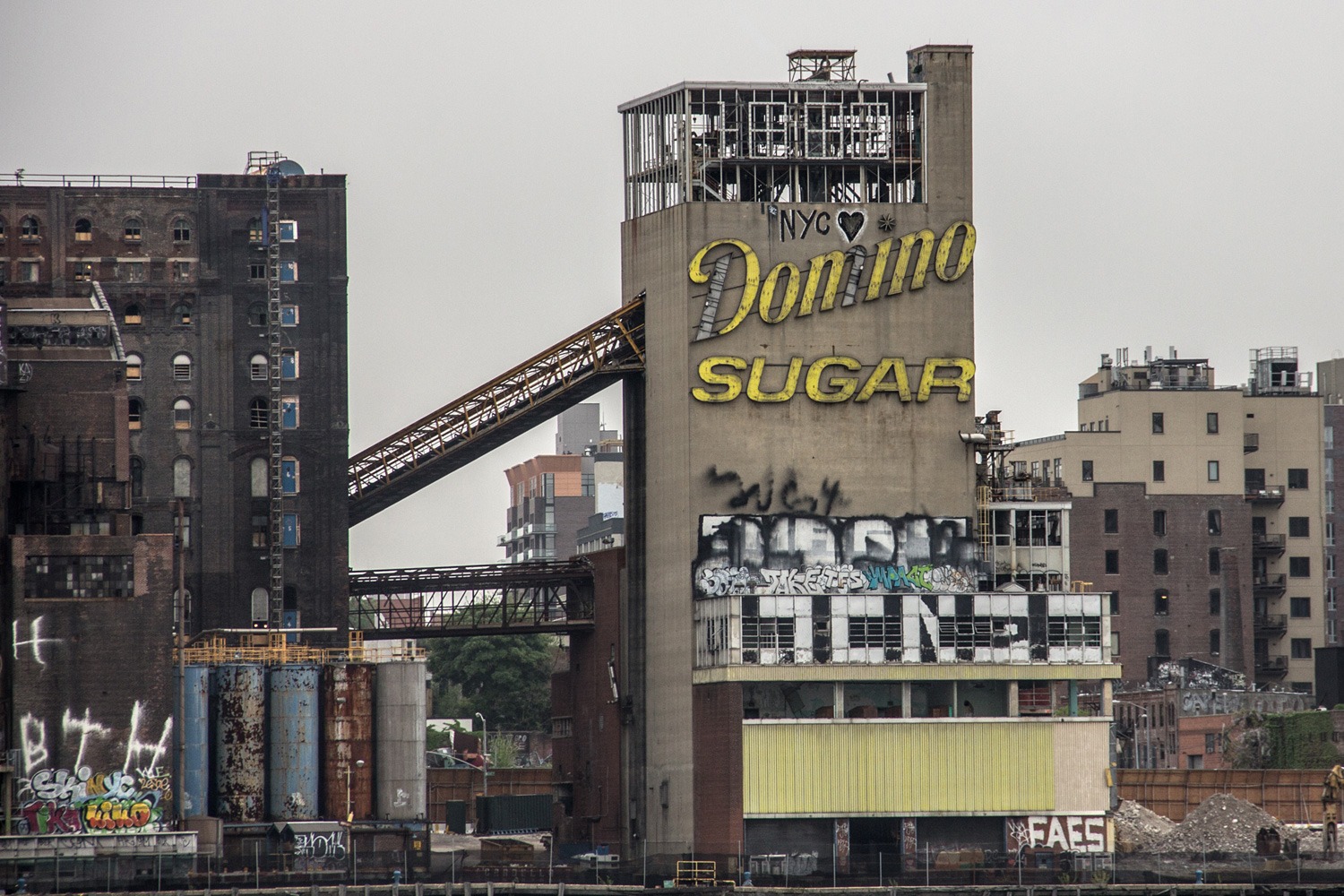 You can’t have an ‘abandoned places’ list without a hospital on it, and what better hospital than the one that a young Adolf Hitler was treated in for a knee injury. It was used for almost 80 years as a military hospital until the Soviet army pulled finally pulled out in 1990. Beyond that, attempts were made to privatize the hospital without any luck. In 2000 they served their last patient and closed their doors for good. Because of the outdated and aged equipment in the hospital, very little was salvaged and the hospital still has the relics on medicinal care.

Now if this island looks familiar, it’s because it was one island used in the filming of the past James Bond film Skyfall. The history of the island itself is eerie, to say the least. In the early 1800’s, coal was found on the island and a mining operation was set up for three years until Mitsubishi bought it and continued the operation until 1974. However, due to the fall of the demand for coal, the island was slowly abandoned with its infrastructure intact. At its peak, the island was home to close to 6000 individuals and boasted hospitals, nine-story buildings, and of other features. However today it is a crumbling island with a unique past and an uncertain future. 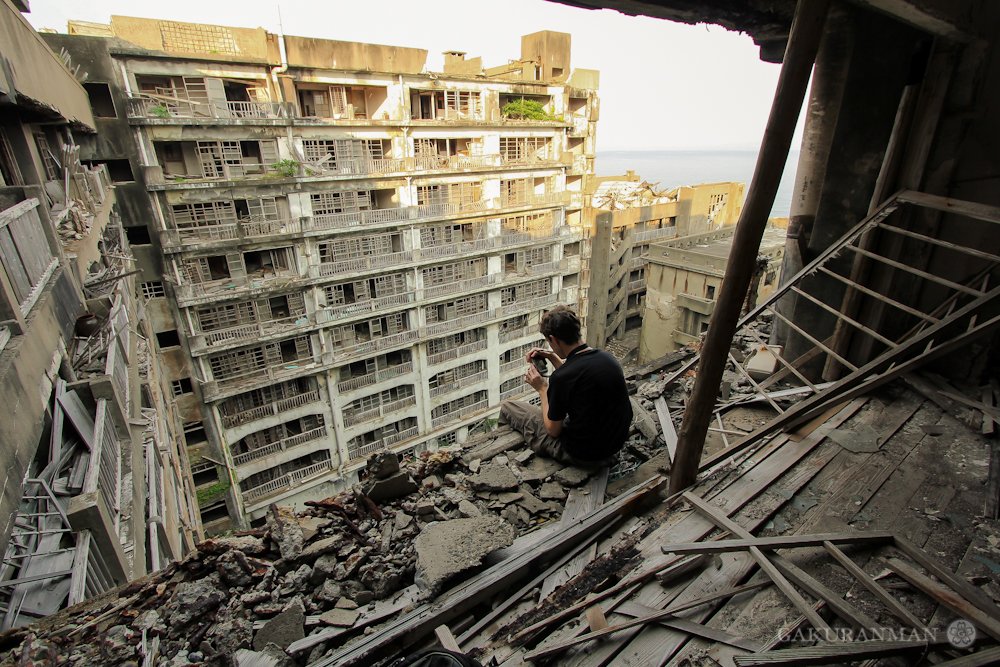 When trains started arriving at Michigan Central Station around 100 years ago it was the tallest train station in the world. However, due to the fall in the use of trains and the increase of the stations around the country, the station fell to the wayside. Nowadays the large empty station is a relic of the past architecture and past travel. The place has fallen victim of the vandals and thieves and has become a shell of what it used to be. The station has been put on the national register of historic places, and people are hoping for the location to be redeveloped sooner than later. Their hope is to restore the station to its former glory. 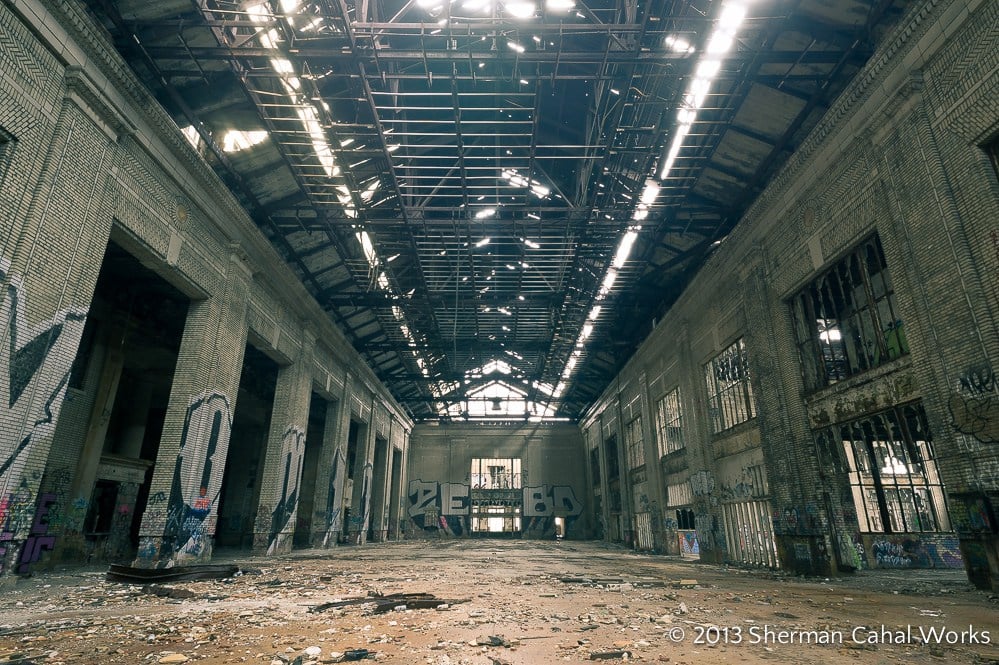 You may not know it by the town, but you should recognize the disaster that it is associated with, Chernobyl. The town evacuated after the nuclear disaster in 1986 and has been decaying ever since. The residents were told to take the minimum with them leaving the town following the disaster. So the pictures that have emerged from the people who have access or brave enough to sneak in show us a time capsule of the 1980’s. The town was declared uninhabitable by humans for at least 24,000 years but that hasn’t stopped people from trying to get a glimpse of the spectacle of Pripyat. 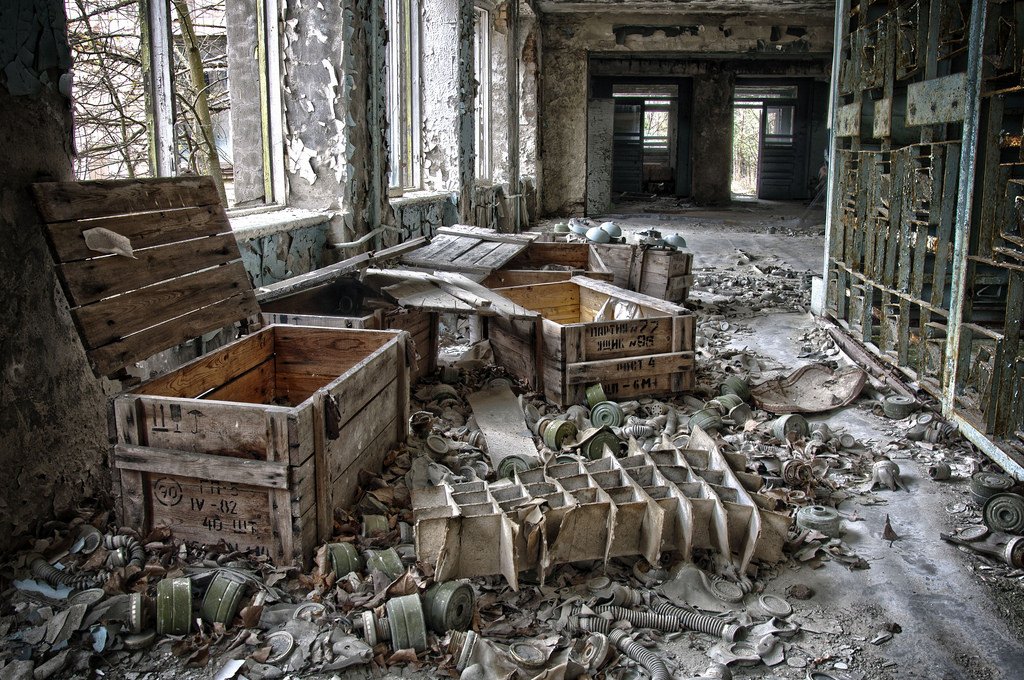 Beginning in 1978, this housing project outside of Taipei was way ahead of its time. The enthusiasm was short-lived however because of the fact around half way through construction a series of serious car crashes and even a suicide occurred. The locals said this was because the construction men dug up 17th-century remains of Dutch soldiers and in doing so cursed the project and the ground itself. The project was shut down by 1980 and all records of the site were destroyed. This just leaves a nonclassic ghost town in Taiwan with a space age feel waiting for a second chance. 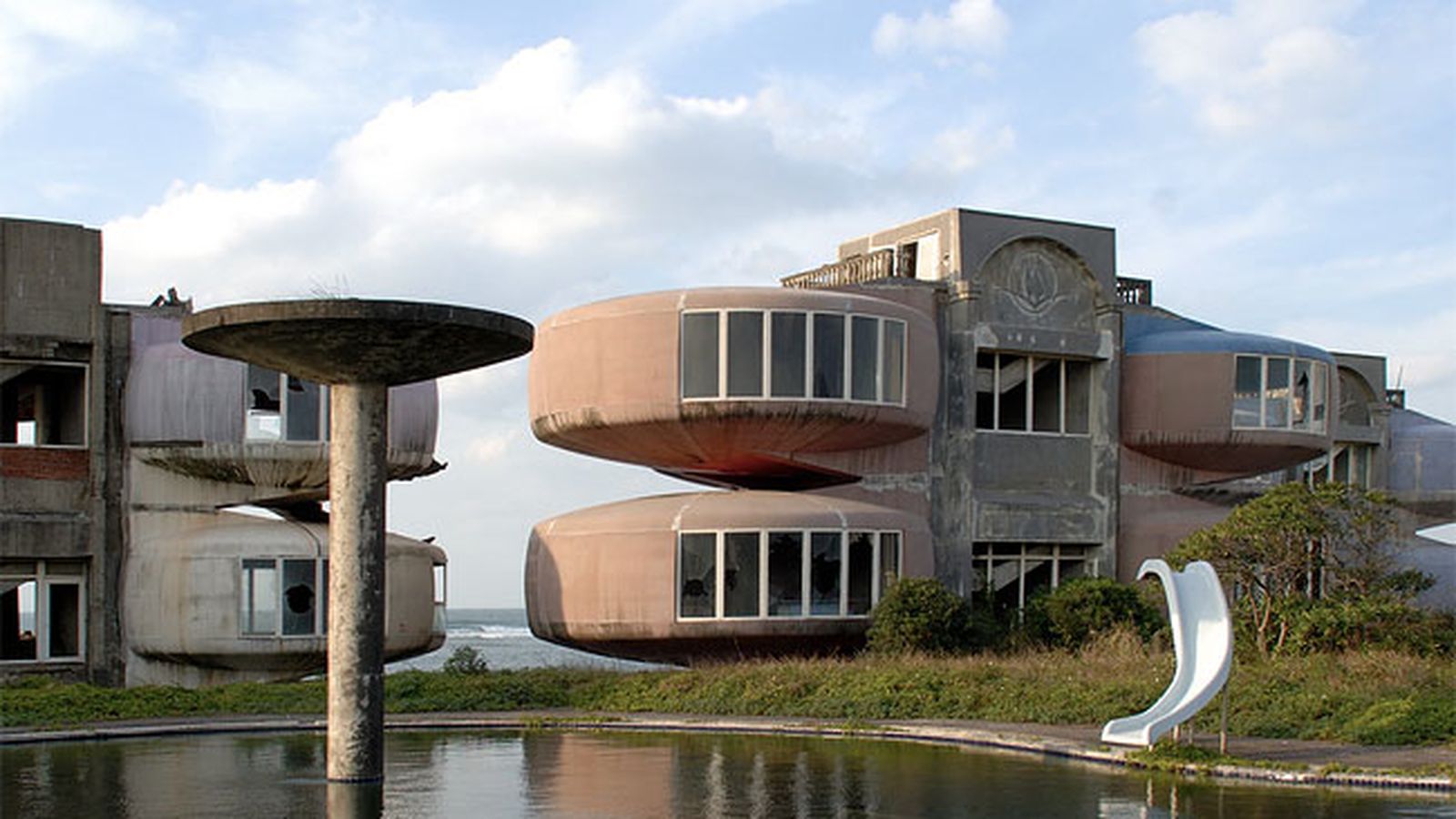 Have you ever wanted to experience Disneyland without actually having to go? Well, you missed yours by at least eleven years. Nara Dreamland was open for at least 40 years before it closed because of lost profits and visitors. Despite this closure, the park was not demolished and has become a real-life playground for urban explorers and adventurers alike. However, there are security guards patrol the park and if you are caught you will be detained and fined. The park is a bootleg of Disneyland in Anaheim. The similarities can be seen in the roller coasters, thrill rides and the layout of the park in general. The best tour of this abandoned park is found on a great YouTube channel by the name of The Proper People who explore abandoned places all around the United States as well as some international. The link to their tour can be found here. 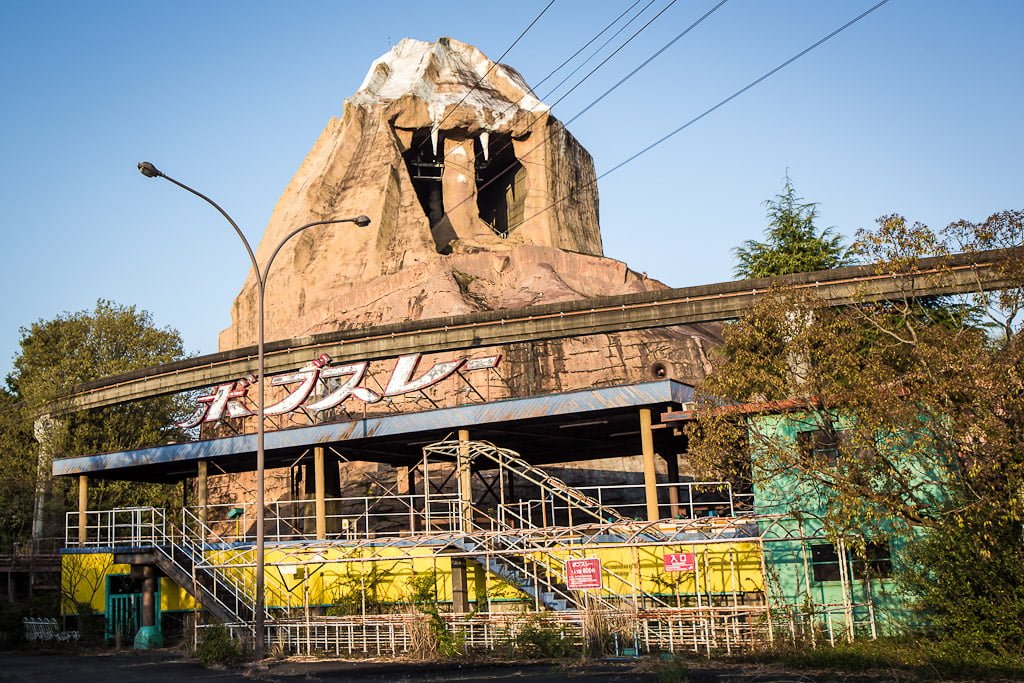 As always, the only thing that makes a place and abandoned place is the past that stains the fabric of its present as well as the future. These are usually the places where a lot of lives are somehow lost and the rest of the world keeps itself aloof because of the fear of death. That is why abandoned placed exist and continue to exist as such. There ought to be a place other than a graveyard for the dead to dwell after all!