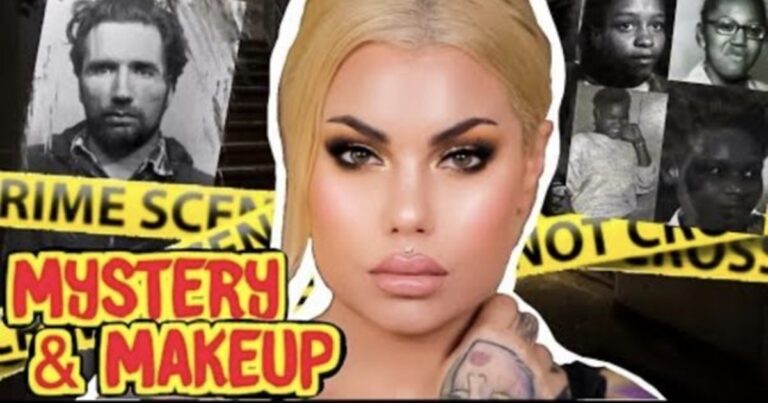 A popular makeup artist on Youtube isn’t the first person you would think of as the brains behind a long-lasting murder-mystery show. However, that’s been the case with Bailey Sarian, who has taken YouTube by storm with her Murder, Mystery & Makeup series. Debuting over a year ago, the show has a new episode almost every Monday.

In the show, Sarian does her makeup while discussing a true crime event that she has thoroughly researched. Though there’s plenty of notorious criminal stories highlighted in the videos, such as Jeffrey Dahmer and Ted Bundy, there are also quite a few obscure ones.

In many of the videos, the makeup artist leaves out the names of the victims, as well as many of the gory details. However, she’s still able to tell the crime story quite accurately; quite a feat considering she’s concentrating on her makeup at the same time. While some viewers come to Bailey Sarian’s videos for the makeup routines, many often stay just to hear the end of the story.

Though there are many other true crime shows on YouTube, there are few similar to Sarian’s. While the makeup routine adds an element of uniqueness, so does her reactions to the stories she’s telling. Throughout each episode, it appears as though she’s just as shocked as some of her viewers.

She also adds a certain amount of sarcasm and humor, although the majority of this is focused on her makeup and not the crimes she’s recounting. What makes the channel so interesting is that it seamlessly blends two different worlds.

Not only are viewers getting the glamor of Bailey Sarian’s makeup tutorial, but also the gruesomeness of the story she’s telling. Fusing such opposite worlds together is no easy feat, with Sarian reaping the rewards from doing so. You can find a new video on her YouTube channel every Monday.

Here is one of her most popular videos