Freaked DISCOVER THE ART OF PUBLISHING
Home Animals Did Someone Actually Photograph The Loch Ness Monster? 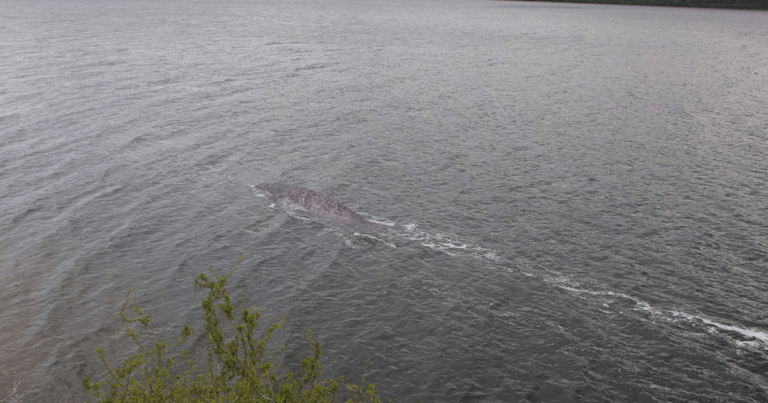 The Loch Ness Monster has sparked debate for almost a century. For every ‘Nessie’ believer, there are dozens of doubters and critics. A lot of this has been because of a lack of concrete evidence highlighting the cryptid’s existence. While there have been purported photographs of the monster’s existence, many of these have either been faked or somehow called into question.

However, a recent photograph has sparked another debate about the mythical creature’s existence. Shared by Steve Challice in the Anomalous Universe Facebook Group, the image, which was also shared on Twitter, apparently shows the creature just below the water. Taken by Challice at Loch Ness in 2019, it was only by recently looking through the pictures that he noticed something odd.

In the photography, there seems to be a mysterious, and quite large, creature. In one spot, there also seems to be a few bubbles in the water. Naturally, this led many people in the Facebook Group to believe that it was the Loch Ness Monster. Others begged to differ, however. As a result, a debate subsequently ensued.

The discussion then led many to question the image itself, with many people pointing out that the picture seemed a little off. As a result, its authenticity was called into question. With a little background digging, Facebook users were then able to find out that Steve Challice had previously done work by computer-generated imagery or CGI.

This was an accusation that he had previously denied. As a result of this, many users have claimed that Challice had faked the image. Having done professional CGI in the past, this wouldn’t be too far beyond belief. However, why he chose to fake an image of the Loch Ness Monster remains unanswered, if indeed this is the case.

Regardless, the debate of whether or not Nessie exists still rages on.