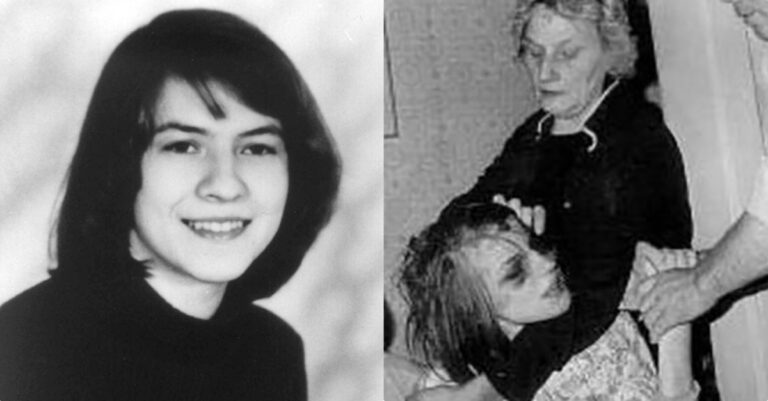 It is one of the most infamous paranormal cases in the entire world. It was also a most infamous case that was brought to court and stunned everyone in the entire room. It focused on the death of a young German woman that had two priests perform a 400 year old ritual, that has been used since the 18th century, on her to exorcise a demon out of her. Because of her death, they were being charged with homicide and were facing hefty charges. 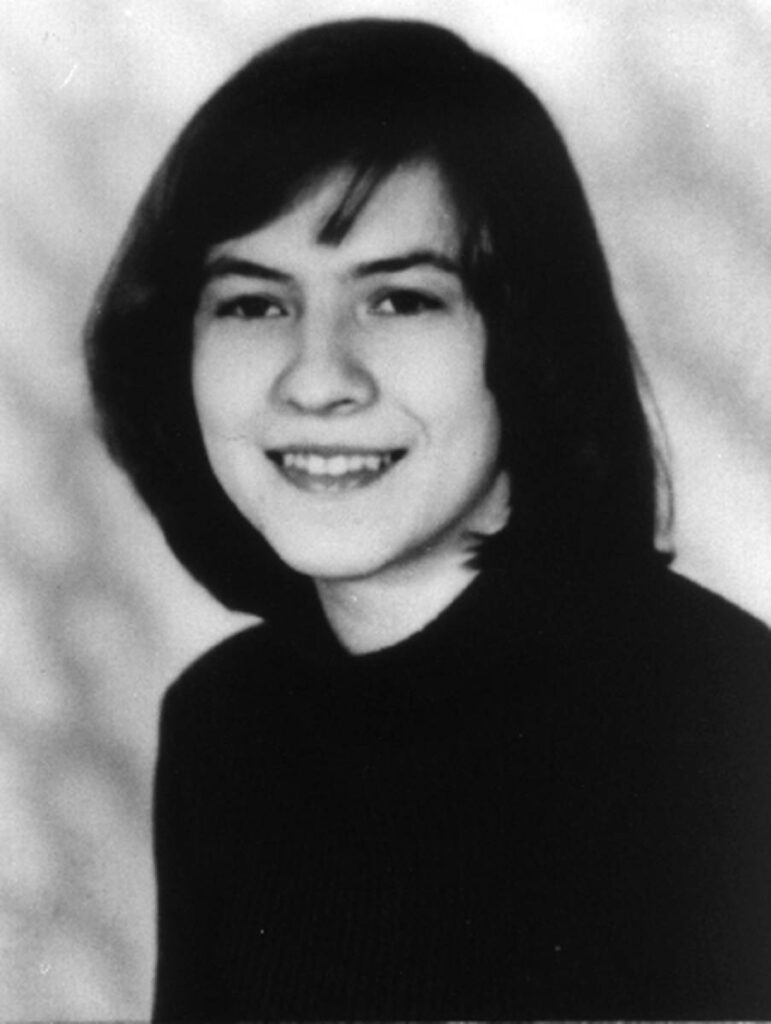 The young woman’s name was Anneliese Michel and her story inspired the movie The Exorcism of Emily Rose. She was born on September 21st, 1952, in Klingenberg, Germany and was raised a strict Catholic along with her sisters. Her father, named Josef, deeply considered becoming a priest and practicing priesthood because of how deeply religious they were and because three of her aunts were nuns. When Anneliese and her sisters were young, their mother, Anna, encouraged them and raised them to atone for the sins of others.

Photos taken during her exorcism. 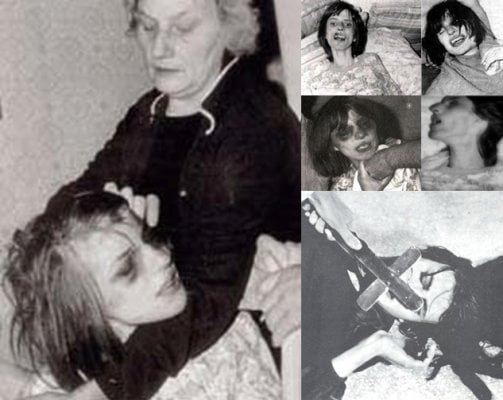 When Anneliese entered her teenager years, she started to sleep on a bare stone floor, pictures of saints were starting to appear on her hall as she hung them ever so tenderly, she kept holy water near her bedroom door, and she routinely prayed the Rosary throughout the day.

Anneliese’s parents and the two priests that exorcised her. 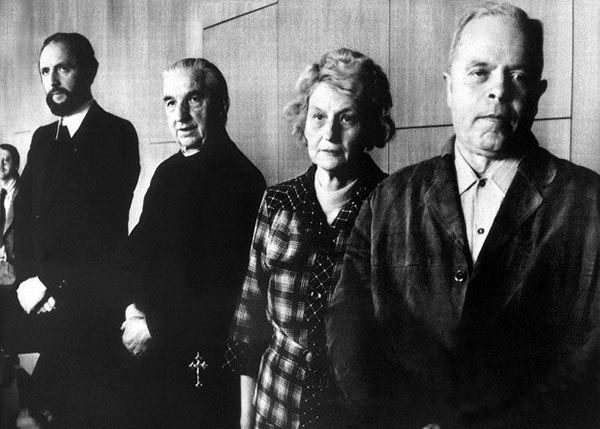 In 1968, Anneliese turned 17 years old and gradually started to experience strange and violent convulsions. Because of her violent episodes, she was sent to the Psychiatric Clinic Wurzberg where she was further analyzed and diagnosed with Grand Mal epilepsy. After she returned home from the clinic, she started to experience very definitive hallucinations while she prayed, and part of these hallucinations were voices that told her she was going to be damned to Hell because of her actions.

Anneliese before and during the exorcism, one of the most famous photos in paranormal history. 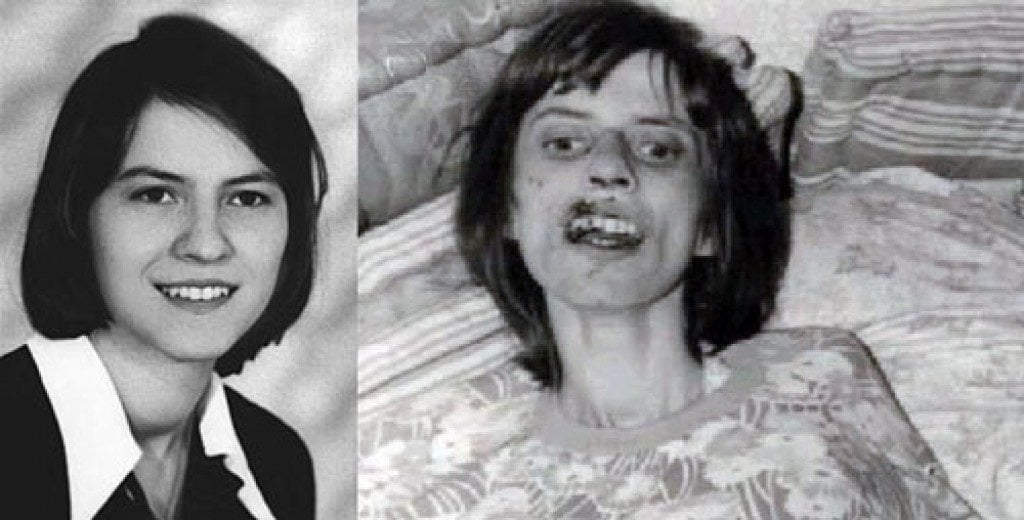 Over the next few months, Anneliese’s behavior and mental state slowly started to decline. Her eating habits changed drastically and she started to consume flies, spiders, and coal, and once someone witnessed her bite off the head of a dead bird. During one instance, Anneliese crawled underneath a table and remained there for two days, barking at anyone who passed by her. Her family reported that they could hear her scream through the walls for hours on end, an she even started to tear away at her clothes and urinate on the floor, which became a frequent and common thing for her.

Anneliese pictured with her mother during the exorcism. 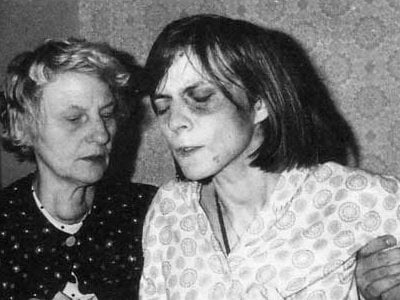 After Anneliese passed away, her parents Anna and Josef, as well as Father Arnold Renz and Pastor Ernst Alt became the main suspects of her murder and brought to trial. The court case occurred two years after Anneliese’s death in 1978 and became an instant sensation around the world. After the trial, all four suspects were convicted of Anneliese’s murder and sentenced to six months in prison with a suspension of three years probation.

Anneliese during the exorcism. 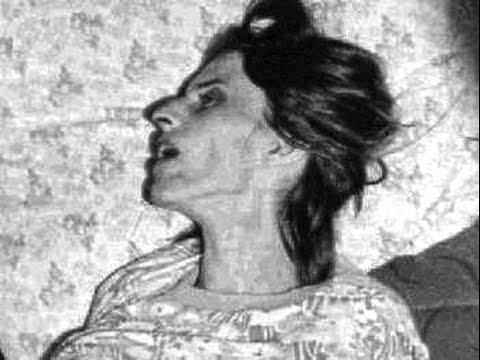 A haunting photo of Anneliese. 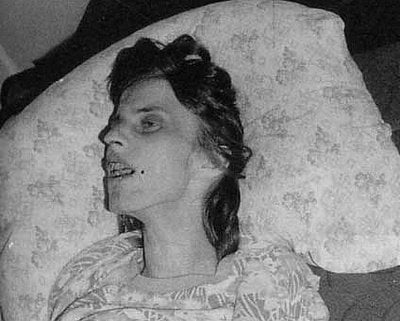 As her body was examined, reports were made that her body appeared to be in consistent deterioration. Photos of what her body truly looked like were never released to the public and her parents were forbidden to witness the examination of their daughters body. However, from a distance, they could still see her gravestone from where she is buried, and her mother still lives in the same home. 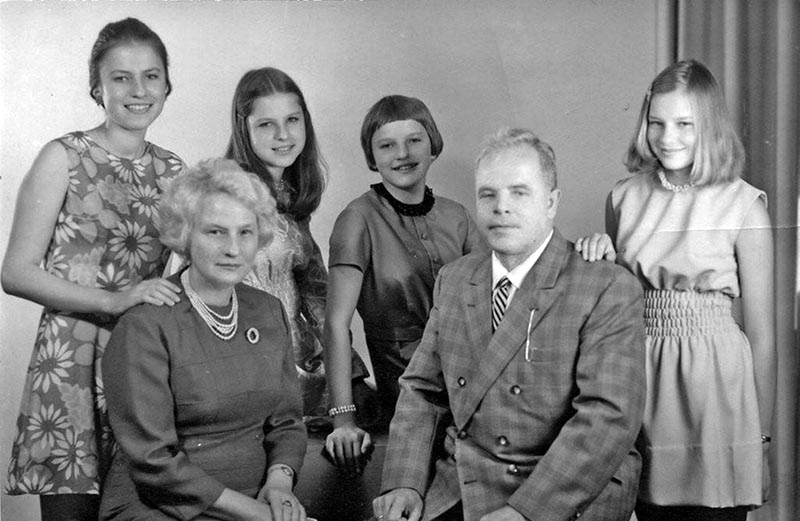 30 years after the mysterious case of Anneliese Michel, people who are proud Catholics idolize her and claim her to be an unofficial saint. Tourists flock from around the world to visit her grave site just so they could leave hand written notes for her, expressing their gratitude for her and thanking her for everything she had done. They stand around her gravestone and sing and pray together, honoring her soul and spirit. People handwrite letters and sing and pray for her because they deeply believe that she sacrificed her own life to atone the sins of others, making her one of the most prominent figures in Sainthood today. 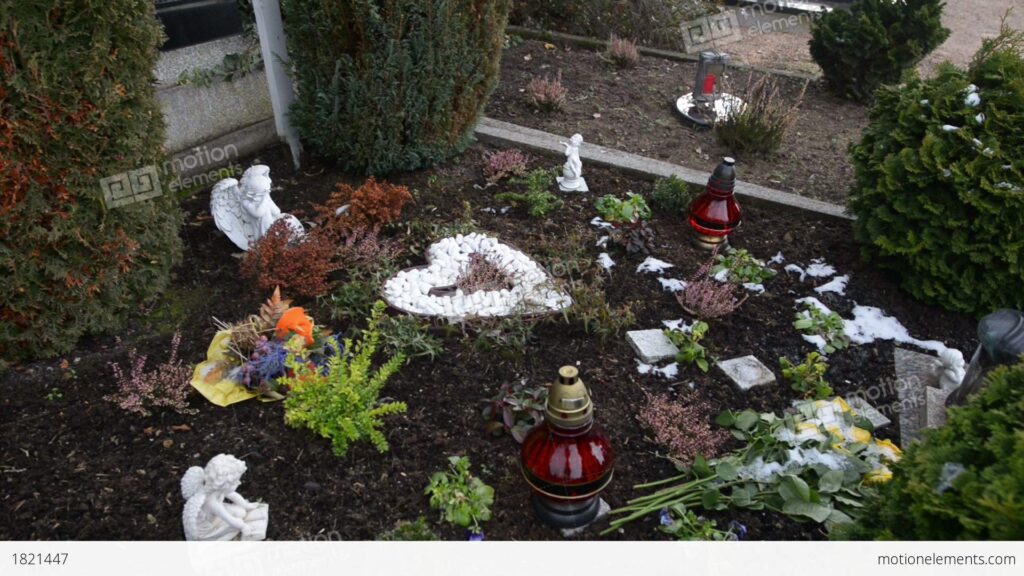 Anna Michel, Anneliese’s mother, made a statement saying that she knew the priests and her and her husband did the right thing when it came to exorcising Anneliese because she saw the sign of Christ in her hands. The mother explains that Anneliese was bearing stigmata, which meant that Christ was telling them they needed to exorcise the demons from Anneliese immediately. Her mother finished her statement saying that Anneliese had died to save the other lost souls in the world and to atone for the sins of others.

Anneliese’s mother holding her during the exorcism. 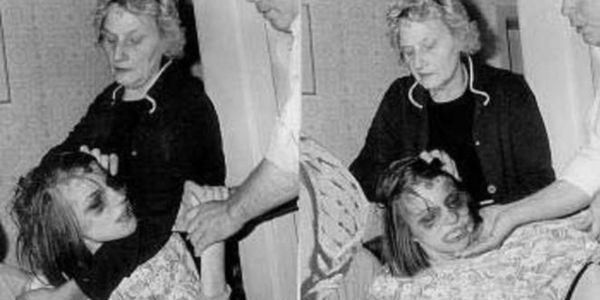 What do you think really happened to Anneliese?