Freaked DISCOVER THE ART OF PUBLISHING
Home Urban Legends Giulia Tofana: The Woman Who Helped Over 600 Women Murder Their Husband With Poisoned Makeup 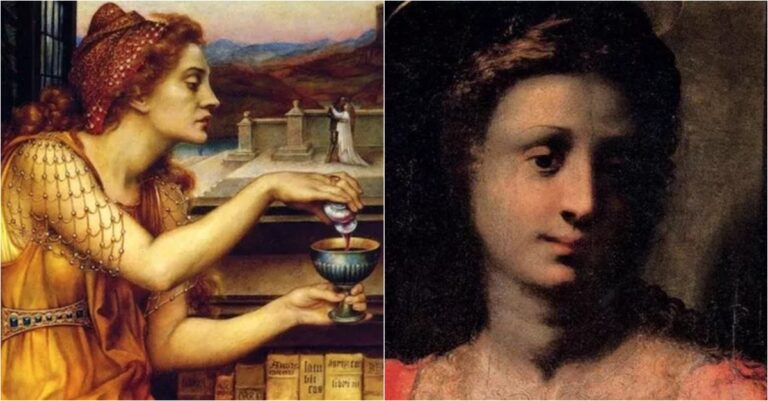 Giulia Tofana might just be the most notorious serial killer to exist – but you have probably never heard of her. In the 17th century in Italy, she killed hundreds of men when she turned her makeup business into a poison factory. Her deadly concoction was called Aqua Tofana. Tofana did not murder to gain power. Instead, she helped women get rid of their horrible husbands and lead the widow’s life. For 50 years, Tofana continued her trade until one day in a shocking turn of events, a bowl of soup resulted in her downfall.

Who Was Giulia Tofana?

Giulia Tofana sold cosmetics during the mid-1600s in southern Italy. One of her more famous specialties was Aqua Tofana. The concoction contained just enough arsenic to kill but leave no trace behind. She aimed to keep her poison a secret and she succeeded for almost 50 years.

Mozart Said He Was Poisoned With Aqua Tofana

Tofana’s concoction gained so much fame that in 1791, Wolfgang Amadeus Mozart claimed that he was poisoned by Aqua Tofana. While working on his requiem mass, Mozart fell seriously ill. While on his deathbed he said, “I feel definite that I will not last much longer; I am sure that I have been poisoned.” He went on to claim, “Someone has given me acqua tofanaand calculated the precise time of my death.”

Although it is most likely that Mozart was not poisoned, the fact that the concoction was famous even a hundred years after Tofana’s death shows how trendy it was.

Four Drops Of Aqua Tofana Were Enough To Kill

Utterly tasteless, colorless and odorless, Aqua Tofana could kill a grown man in 4 drops. It was the perfect blend of lead, arsenic, belladonna and other poisonous substances. It was disguised as holy healing oil and women’s cosmetics leaving husbands completely oblivious to its real use.

Unhappy Wives Used The Poison To Kill Their Husbands

The main market for Aqua Tofana was unhappy wives who wanted to get rid of their husbands to whom they were forcefully married. Husbands retained the power to control and misuse their wives as they pleased and hence most wives sought the widow life. Tofana granted all these unhappy women with an “early Italian divorce.”

Aqua Tofana Was Sold As A Disguise

Aqua Tofana was sold in two primary forms: a powdered makeup and a small vial. The latter was apparently the more successful and ingenious of the two. With the image of Saint Nicholas of Bari printed on the bottles, it quickly passed as a healing ointment called “Manna of St. Nicholas of Bari.” 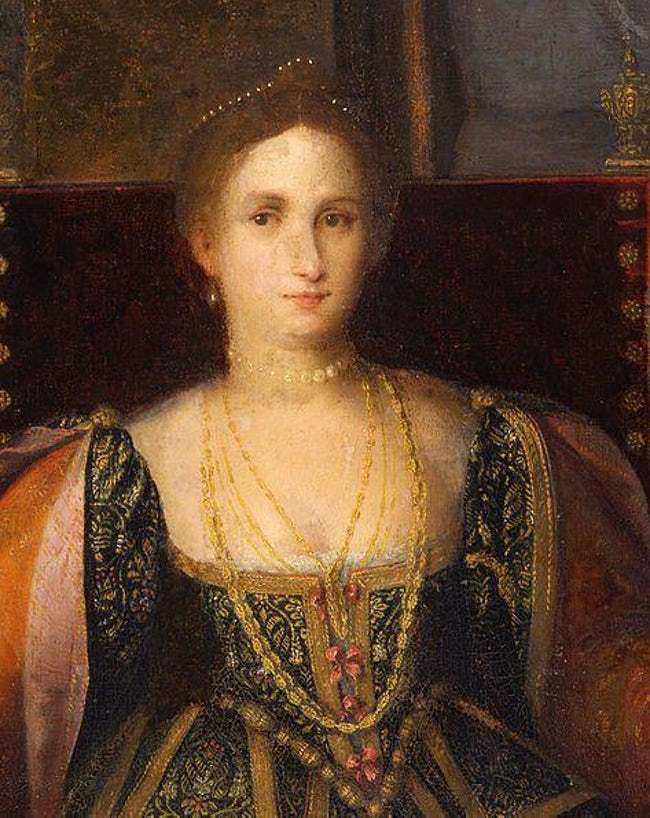 Giulia Tofana’s mother, Thofania d’Adamo was executed in 1963 in Palermo, Sicily, after being accused of murdering her husband. It is mostly contemplated that Thofania used poison to kill her husband. Furthermore, Giulia’s daughter, Girolama Spera, who was also known as “Astrologa della Lungara,” was an essential part of the family business. In 1659 she was executed along with her mother.

The Main Ingredient In Aqua Tofana Was Arsenic

Arsenic is known as the king of poisons. A small dose could be highly toxic and cause victims to vomit and contract diarrhea – symptoms which could easily pass as common diseases. Arsenic is also highly versatile and was used as rat poison and even a skin whitening cosmetic. This was how Tofana could easily sell it under the guise of cosmetics.

Another poison used in Aqua Tofana was Belladonna. Translated to “beautiful lady,” it is one of the most toxic plants in the world. However, women used to squeeze the juice out of the plant’s berries to put in their eyes to dilate their pupils. Side effects included blurred vision, increased heart rate, and even blindness.

Giulia’s past is unknown, but she was a widow. Rumor has it that she tested her concoction on her husband before her cosmetics business boomed.

Giulia Was Caught Because Of A Bowl Of Soup

One of Tofana’s clients in the 1650s purchased Aqua Tofana and attempted to poison her husband by pouring it in his soup. But, then she got cold feet and stopped her husband from consuming the soup. She confessed to the entire ordeal, and her husband turned her over to the Papal authorities in Rome. She admitted to purchasing the poison from Giulia Tofana.

When Giulia learnt of her impending arrest, she sought refuge in a church. After being granted sanctuary, a rumor spread that she had poisoned the water. The church was stormed, and she was handed over to Papal authorities.

Giulia Tofana Confessed, And She Was Executed In 1659

When she was caught by the Giulia was tortured until she confessed to her acts. She had poisoned more than 600 men between 1633 and 1651. The real number is unknown and may even be higher.

Giulia Tofana was executed in July 1659, along with her daughter and three employees. They were killed in Rome’s Campo de’ Fiori, an accessible location for execution. Following her execution, a number of her clients were punished as well.

Giulia Tofana is amongst the most notorious female serial killers in history. She justified her actions by stating that her concoction helped depressed and oppressed widows. For 50 years, she continued her trade without being caught. All until a bowl of soup killed her.