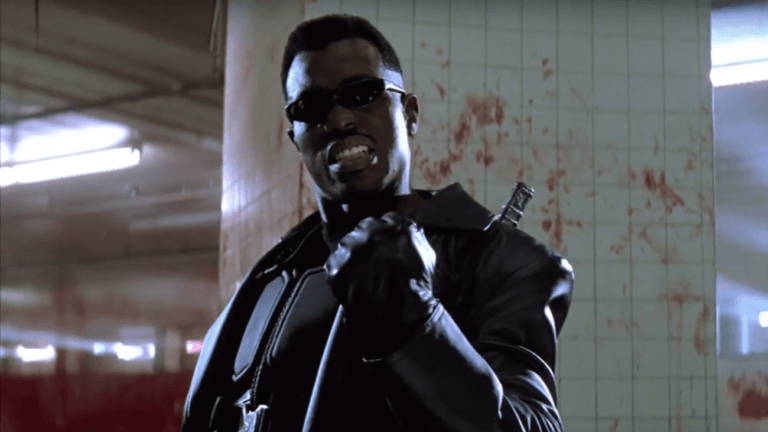 Wesley Snipes has long been interested in bringing back the ‘Blade’ franchise.

He first portrayed the vampire-slayer back in 1998. The character has not yet been introduced into Marvel’s current cinematic universe, but perhaps that could soon change. According to We Got This Covered, Marvel is currently planning a rated R ‘Blade’ film. The report suggests that Snipes will be involved in the project.

Snipes made some comments that would support this idea back in an interview with Vice last year:

“There are a lot of conversations going around right now and we’re very blessed to have the enthusiasm and interest in something coming from that world again,” Snipes said.

“We’ve created two projects that fit perfectly into this world and, when people see them, I think they’re only going to have a problem with deciding which one they love the most. All the main execs [at Marvel] and my team, we’ve been discussing for the past two years.

Back in 2016, Marvel Studios’ Kevin Feige had this to say about a possible ‘Blade’ franchise:

“They did ask a long time ago and I think our answer was, ‘No, we’ll do something with Blade at some point.’ That’s still the answer. We still think he’s a great character. He’s a really fun character.

“There are so many opportunities for the character to pop up as you’re now seeing with Ghost Rider on ‘AGENTS of S.H.I.E.L.D.’ that rather than team up with another studio on that character let’s do something on our own.

“What that is? Where that will be? We’ll see. There is nothing imminent to my knowledge.”