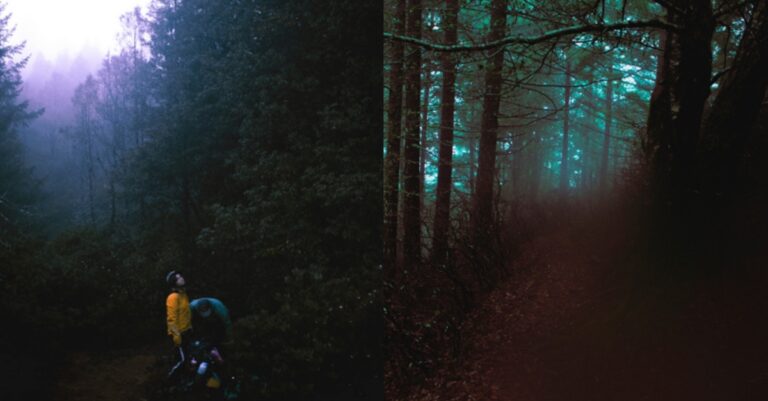 Two off-duty rangers approached a former policeman and an author to help them find the total number of people who go missing in national parks. They wanted them to conduct the research in plain clothes and keep the mission secret.

David Paulides was the man who agreed to look into the matter.   He documented six volumes of his search and named the book “Missing 411.” Paulides was deeply affected by the shocking results that his search revealed.  He called the missing of people, “mysterious series of worldwide disappearances defying logical and conventional explanations.” His research expands on several years and brings to light some questions that anyone fails to answer.

On August 8, 1897, Lillian Carney went with her parents to collect blueberries at noon. They were in Masardis, Maine 15 miles west of the Canadian border where the area has plenty of rivers, ponds, and lakes. Their visit was short but while the parents were picking the berries she disappeared without a trace.

They searched for her everywhere and then got help from the locals. Around 200 people showed up for her search. Paulides writes that search parties always call the missing person by his or her name and make it clear that they are friends and they are there to help. But in all 411 missing people cases, no one responded the call of the search parties .

On the third day of the search for Carney, 300 people had joined hands to look for her. She was found by Burt Polland about 2-3 miles away from where she was with her parents. She did not say much about her whereabouts but instead shared something really interesting. She said that there was bright sunshine everywhere around her although she remained lost for 46 hours. What was that light?

John Doe, a 3-year-old boy, went missing at 6.30 PM and was found at 11:30 PM. Despite being quite small, he tells an interesting account of his loss. He was in an underground cave where the environment was dark and only the entrance showed light. There was an old woman there who resembled his grandma. There were other “people” in the cave but they were robots. Even the old lady turned out to be a robot but she was nice to him; she had some light coming from her head. But she got mad at him when she asked him to defecate on some sticky papers on the ground. The kid refused as he didn’t feel like it. There were small guns also around in the cave but they were all covered in dust.

Steven Kubacki Was Lost For 15 Months

This is the strangest case of missing. Steven Kubacki went missing and was found 15 months later. His clothes were different than the ones he was wearing when he was lost. He had no clear memories of the time he was missing. Steven was a German student and in February 1978 he went skiing to a place called “Great Lakes Triangle.” This area is already known for missing ships, boats and even aircrafts in the book of Jay Gourley.

Steven’s skis and poles were found at Lake Michigan beach. After a short distance, the footprints stopped and the search party found his backpack. However, Steven was nowhere to be found.

Fifteen months later, Steven walked up to his father’s home claiming to have no recollection of the past 15 months. He said he woke up in a meadow in Pittsfield that was 40 miles away from his father’s home. But he was wearing clothes that were not his. He also found a satchel with maps that were not his.  And the place was 700 miles away from Lake Michigan.

“As I looked back, I noticed that the trail I was walking on lost all sense of familiarity. There were trees I didn’t see, certain plants I know for sure weren’t there before, etc. But regardless, I kept my composure and stared deeply into the woods to see what made that snapping sound. I scanned the area and didn’t see any life forms, but for some reason, my eyes started to fixate on a particularly unnerving dark section of the forest.

For whatever reason, my entire body started locking up, and every single alarm bell in my head was pinging. No matter how hard I tried to focus on this dark patch, I couldn’t see s***. I had the weirdest sensation of being able to see each individual branch and plant in high detail, but I couldn’t focus on the scene overall. It was super blurry. I also felt my internal fight-or-flight mechanism flipping between the two decisions faster than a coin in a coin toss.”

National parks are vast and have dangerous geographical features like cliffs, lakes, hills and are inhibited by wild animals like bears or wolves. Some people share the opinion that the cases of missing people is nothing mysterious. In fact, they assert that the disappearances are completely natural due to the wild nature of the national parks. This is the reason that no database of people missing in the parks is available. But, there are cases which are difficult for the human mind to understand or explain.