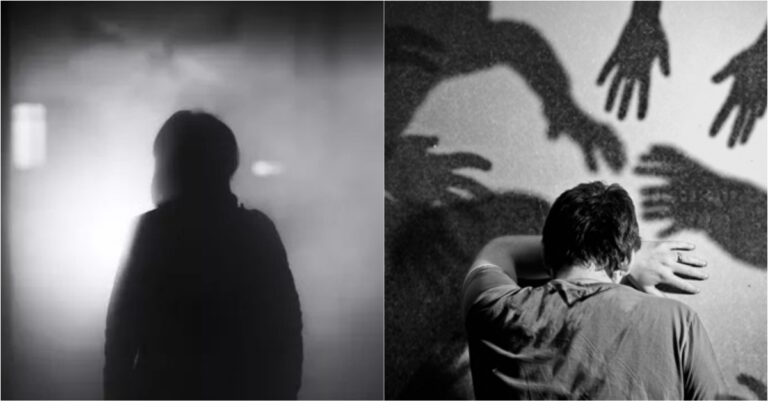 Plenty of people online share experiences of coming face to face with creepy shadow people. If you do not happen to be one of the many who have had encounters with shadow people, then you must be inquisitive as to what this phenomenon is altogether. Fret not, for there are multiple ways of summoning a shadow person. Through a series of rituals, you can learn more about how to summon or request the presence of a shadow person.

A common spell that shadow witches use to connect people with shadow person is one that involves a small ritual. You will be needing crystal, an empty room and black candles. The candles need to be lit and then the crystals picked. Retreat to a corner, close your eyes and focus all your energy on making contact. It will take a while for the whispers and figures to form in your mind. This is when you know that you have successfully made contact. Feel free to make any requests but be prepared to drop the crystal, blast open your eyes, and blow out the candles if anything feels out of place or goes wrong.

A Dysfunctional Family Is Your Key To Success

If you happen to have a dysfunctional family, chances are it is far easier for you to summon a shadow person. Hat Man is one of the more famously known entities which people from broken families tend to come across. A man called Duncan Connor, runs a website about shadow beings, describes his own encounter with the Hat Man. So if your parents fight a lot of you and your spouse have a falling out, keep your eyes peeled for the Hat Man.

Use A Djinn Summoning Ritual

A lot of people believe that djinns and shadow people are the same entities. A simple djinn summoning ritual would hence work. You will need to arrange a ritual table with candles on each corner. You will also need a wooden bowl, a solid silver ring, a mirror, natural stones and a piece of paper. On the paper draw the exact symbol of the djinn or shadow person you seek to contact.

Once your setup is ready, light your candles, pour salt in the bowl and succumb into a state of meditation. Focus on invoking the presence of the djinn. Concentrate on bringing him into the room and invite him. It is easy to revoke the invitation by telling the djinn to leave and blowing out the candles.

It is common for shadow people to appear during times of emotional distress. If you harness negative energy, it is a simple way of calling them. It is easy to feed a shadow person negative energy to lure them into revealing themselves.

Contact Other Spirits But Don’t Cleanse The Room After

Cleansing the rooms or even house in which a summoning has occurred is believed to close the portal between the human and spirit world (so as to halt the entry of random or strange entities). If you wish to get into contact with a shadow person, simply have a medium contact supernatural entities and then leave without cleansing the place. You will be able to see a shadow person soon.

Call A Shadowman, But Give It A Visitation Time Limit

When summoning a shadow person, it is important to invite them. Depending on different rituals, psychic abilities and beliefs, the invitation may vary. Sometimes multiple people are required to sit in a darkened room and call out, “Shadowman, Shadowman, he hates the day. Shadowman, Shadowman, come out and play.”

While chanting it is imperative for one of the group members to knock on the door that separates the summoners and he who wishes to communicate with the shadow person. Each knock allows an hour’s time of visitation to the shadowman. If the ritual is successful, the shadowman will appear in the mirror.

Summon A New Shadow Person By Asking Others To Leave

Rumor has it if you presume that your home is infested with shadow people, asking them to leave rudely will anger them and hence call upon a larger and stronger shadow person. Although this sounds like a mishap, it is an easy way to inadvertently call upon a powerful shadow person. You can also plead with them instead of being brazen if you wish to steer clear of harm’s way.

Benefits And Consequences Of Summoning A Shadow Person

Shadow people can present both positive and negative outcomes. You might benefit from some and harm may reach you from others. Regardless of what your desires are when you summon them, they remain in full control of their actions. This is why you must deal with them cautiously.

Use Sleep Paralysis To Your Advantage

If you suffer from sleep paralysis, this is the perfect way to take advantage of it. Sufferers of sleep paralysis actually encounter shadow people – even the scientific community agrees on that one. Some researchers claim that it is nothing more than hallucinations but the mind is actually the quickest gateways for shadow people into the real world.

Tired Of Your Shadow Person? How To Get Them To Go Away

It is important to be able to make a shadow person leave. This is why setting up a visitation time limit is important. If they do not leave upon request, make sure to be firm with your demands. Cover up any mirrors, extinguish all candles and cleanse the place with sage to avoid them coming back.

The TV show “Adventure Time” presents a simple way of contacting a shadow person. You will need to throw a jacket onto a chair and place it in a visible spot. Next, turn the lights off and attempt to fall asleep. Your shadow person will appear. More of a mind game than a ritual, this one is more likely to work than you think.

Contacting shadow people is different from contacting the dead. Although a lot of similarities are shared between both entities, they are two wholly unique supernatural phenomena.