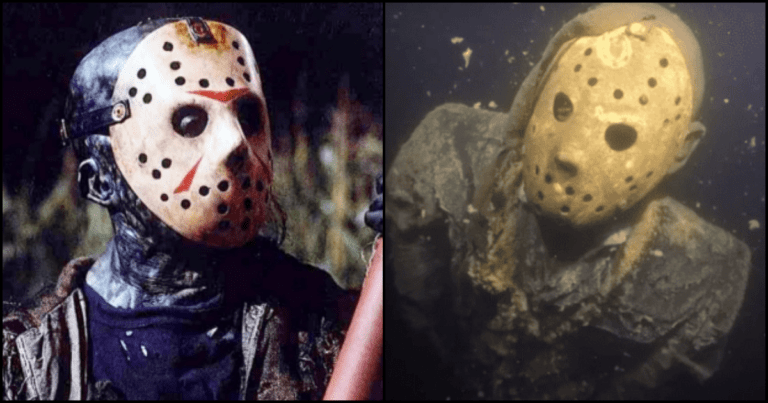 Friday the 13th is one of the most iconic and scariest ongoing horror franchises ever, and it is the main attraction, Jason Voorhees remains one of the frontrunners for the eerie genre.

In a nice, peaceful lake in Minnesota, a heart-wrenching statue of Jason Voorhees lies beneath the surface and patiently awaits the arrival of divers in attempts to terrify them.

The Friday the 13th image of Jason being chained underwater is one of the most iconic shots in the history of the movie series, and the recreation in real life will make you freeze with fear upon seeing it below the lake.

Artist Doug Klein built a life-like statue of Jason which was later installed, by Curtis Lahr, underwater at a quite popular diving site in Crosby, Minnesota.

The statue rests in an old iron pit waiting to frighten unknowing divers, who will undoubtedly think the masked serial killer is on his way to murder them.

Below, you can see a short 1-minute video of the Jason Voorhees that still resides underwater. The video description urges people not to bother searching for the statue unless they are experienced divers as it is extremely cold and dark. Inexperienced thrill-seekers could risk injury or even death if they’re not properly prepared and skilled. Check out this video of Jason Voorhees Statue in Minnesota Lake

Unluckily for us and everybody else, since it is placed around 120 feet below the water, only talented divers will have the chance to feel their heart pounding through their chest as they stumble upon the Jason statue.

Friday the 13th begun its rise to horror fame back in 1980 and has since gone on to have 10 movies in the franchise, excluding the infamous Freddy vs Jason crossover film.

What do you think about the Jason Voorhees statue? Make sure to let us know in the comments.