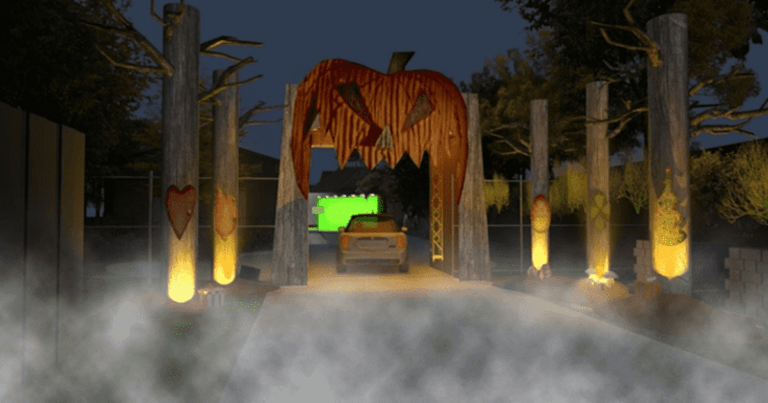 Nobody is expecting Halloween 2020 to be as entertaining as most other years. However, that doesn’t mean that it can’t be special. Instead, horror movie fans can make the entirety of October to enjoy a range of films. Tim Burton fans, specifically, may enjoy it. Thanks to Freeform, potential event-goers can expect a drive-through event throughout the month called 31 Nights of Halloween.

The company is hosting another Halloween House event, which is in its third year. Specifically, fans will enjoy the Halloween Road event, which gives fans an immersive experience while watching kid-friendly horror movies. Participants will also be able to drive through multiple scenes inspired by the films.

On the first night of the event, for example, the majority of the scenes will come straight from Tim Burton’s A Nightmare Before Christmas. Some of the other notable films include Ghostbusters and Hocus Pocus. While it will typically be one film per day, there are some exceptions.

For example, October 8 will be split among Goosebumps, 1991’s The Addams Family, and Addams Family Values. Naturally, these will take place at different times. However, it isn’t clear if a ticket will be for one film or the entirety of the day’s films. Alongside live-action, there will be several animated movies giving the event inspiration. On October 28, there will be several Pixar movies, such as Monster’s Inc.

Each of these experiences will last about half an hour. According to Freeform, there will also be trick-or-treating, among other activities. Based on how it looks, 31 Nights of Halloween will be quite a kid-friendly event. Tickets for Halloween House’s Halloween Road go on sale on September 12 and can be found on Freeform’s website.

It will also take place in several cities across the United States. This should mean that potential 31 Nights of Halloween attendees might want to check the website to see if it takes place near them.