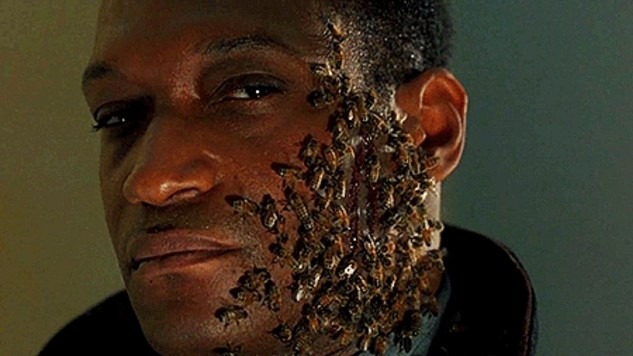 It’s recently been announced that ‘Get Out’ director Jordan Peele will be taking on a reboot of the ‘Candyman’ franchise. Upon its debut in 1992, the ‘Candyman’ character was played by Tony Todd.

Now, 27 years later, Todd wants to be involved in Peele’s reboot in some way or another. Many fans would love to see Todd reprise his role as ‘Candyman,’ but it remains unclear if director Nia DaCosta will do so. Speaking to Bloody Disgusting recently, Todd admitted that he’d love to be a part of the reboot:

As it turns out, Todd has yet to talk with Peele about a potential role. It might take some time before any contact is made. Given that the film isn’t set to begin filming until later this year, contract discussions are better left for later:

“No, I haven’t talked to him yet but I know he’s a fan. They’re not going to shoot until deep this year so contracts are weird. You don’t want to get into contracts too soon because then you’re locked in.”

Whether or not Todd is involved, he feels confident that the franchise is in good hands with Peele:

“I hope so,” Todd said. “I know that it’s in good hands with Jordan Peele, I love his new trailer for Us and I know he loves the character and he respects the legacy.

“No matter what my personal involvement is, the fact that it’s getting done again will just bring new attention to the original source material. So it’s a win-win for everybody and a win-win for horror fans.”