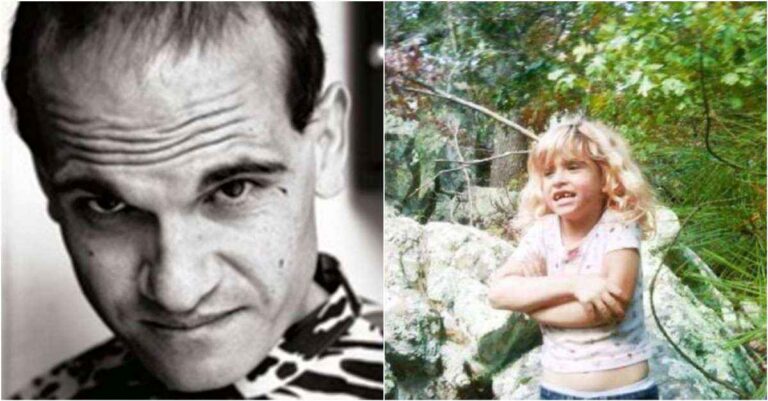 The FBI and criminal detectives at police officers are working full time to work on the hundreds of criminal cases that keep coming in every month. But sometimes even the best can’t seem to solve the gnarly cases. Check out these unsolved cases that have been reopened, attempted to be solved over and over again to an exhausting measure. Now, they’re just history.

Between 1976 and 1977, four children; 2 boys and two girls, were sexually assaulted and then murdered publicly. From shooting the children to strangling them, the murderer even disposed the bodies very obviously and spared no mercy for the parents/families of the dead. After a year or more of intense detective work, proved to be fruitless and the case was closed; unsolved.

Bobby, Sherilynn and their daughter Madyson Jamison were reported to be missing on October 8, 2009, when they left for a trip outside of Oklahoma to buy land. Days after that their truck was found with their dog, 32 grand in cash, IDs, and phones! After they went missing with four years, the remains of their bodies were discovered on November 2013, nearly 5 km away from where their truck was found.

Love sure is something! Dorothy Scott, a single mother, would get repeated anonymous calls from a love-struck admirer in the 1980s. In May 1980 Dorothy was driving a co-worker of hers to the hospital when she left to the parking lot, entered her car, sped off and later on her vehicle was found in flames 10 miles from that hospital. Her lover-stalker even called her mom one time and asked “Are you related to Dorothy Scott?” before uttering three doomed words, “I’ve got her.”

In April 1984, the stalker stopped with the calls, and four months later, Dorothy’s bones were identified in a bush by a construction worker. One week later, her “heartbroken” lover rung up Dorothy’s mom and uttered three more words, “Is Dorothy home?”

On July 26, 2009, Diane Schuler departed from her abode with her three nieces, son, and daughter. She made a stop at McDonald’s for a bite and called up her brother (the father of her nieces) to talk about traffic. Clocked at 11:30 AM, she hung up and 15 minutes later pulled over. A witness reported that Diane bent as if she was retching. At 1 PM Diane’s brother got a call from his daughter who claimed that Diane couldn’t speak or see.

The brother pleaded his sister to stop driving, stay off the road until she was well enough to drive. She resisted and kept driving. 30 minutes later, Diane crashed headlong into an SUV at Taconic State Parkway. All three passengers in the SUV were killed instantly along with Diane’s daughter and two nieces. Her other niece and son were rushed to the hospital, but her niece died before she could be saved. Police reports showed that Diane had a blood alcohol level of 0.19 and THC traces in her system. No explanation could be given for such a horrifyingly astounding discover. Diane’s son even couldn’t come up with a reason. He just kept saying “Mommy couldn’t see. Mommy’s head hurt.”

Two Brazilian men; Manoel da Cruz and Miguel Jose Viana on August 20th, 1966 decided to discover for themselves. They were said to be ‘scientific spiritualists’; which means they believed in ghosts and aliens. They were both discovered dead beside a notebook, an empty water bottle and two towels in Rio de Janeiro. They were dressed up in waterproof coats, suits, and lead masks.

Police investigation further proved revealed some information jotted down in the small notebook by their sides. It said:

Causes of death, which capsule they swallowed and which signal they were aiming to receive have yet to be revealed.

Christmas Eve of 1945 proved to be the opposite of festive for the Sodder family when their home mysteriously went up in flames. Both parents and four children survived the fire, but five other kids who remained inside the house were trapped. The father tried to make a break for it and save the kids but couldn’t. No ladder or phone line was working. After calling the fire department persistently, the fire truck finally came when the home was a smoky pile of ash, and no traces of the five children were found anywhere. The evidence stated that the cause of the fire was electrical but Mr. Sodder had recently rewired the whole home with guaranteed products.

But then bits of evidence started to come in place. Mr. Sodder was an outspoken critic of Benito Mussolini; an Italian dictator. Days before the fire, the Sodder family was visited by a man searching for work and a life insurance salesman. Both the men made a random comment to Mr. Sodder of his home catching fire. Furthermore, after the fire, the family’s phone line was cut and their ladder was thrown away at a nearby abandoned spot. The next day, witnesses stated that the five missing Sodder children were seen at a nearby diner. Many years later, Jennie Sodder received a letter with a photo inside of a man looking very much like one of her “burnt” sons and to her dismay, his name was scribbled at the back.

18-year old Stacy McCall, 19-year old Suzie Streeter and 47-year old Sherrill Levitt disappeared in Levitt’s home. Everything in the home was otherwise perfect, and no signs of escape or struggle were evident except for a broken lampshade that was swept away by a friend of the young girls. In 1977 Robert Craig Cox; murder suspect claimed he had murdered and buried the women and they would never be found again. But his claim was unbalanced and thus rendered useless. The detectives on the case also got an anonymous tip from someone saying that the bodies of the women were buried under a local hospital’s parking lot. A ground-penetrating radar scanned the corner of the parking lot and found three anomalies with a gravesite location. The police department, however, declined the scans stating they were not conclusive and they couldn’t dig up the concrete.

On June 13, 1994, 13-year-old Nicholas Barclay disappeared from his San Antonio neighborhood after having played basketball with friends. Being the youngest of three kids, Nicholas had a history of getting in trouble. He would often get violent and skipped school. He even ran away. On the day that he disappeared, he called home to have someone pick him up. However, his mother was asleep, and his brother refused to wake her up. Nicholas did not make it home and was never heard of again.

Three years after he disappeared, Nicholas’ family received a call from a boy who claimed to be their missing son. He stated that he was in Spain and was kidnapped and sold into a European slavery ring. The Barclays were ecstatic to have their son back, but as soon as Nicholas exited his plane, it became evident that something was not right. “Nicholas” did not resemble the lost boy. The imposter told a shrewd tale of how his eye and hair color were chemically altered by his abductors. He also spoke in a thick French accent.

Soon the FBI was involved and started digging around. Photos were revealed containing physical dissimilarities. The imposter was revealed to be 23-year-old Frédéric Pierre Bourdin, a serial imposter who notoriously assumed close to 500 identities (3 of which were those of missing children). In 1998, Bourdin pleaded guilty to perjury and passport fraud, spending six years in prison. As for the real Nicholas Barclay, he remains missing to this day.

These shocking unsolved crimes and mystery tales will shed light on the unknown elements that live beside us. One instant you have everything under control and the next, all of that is whisked away.