Freaked DISCOVER THE ART OF PUBLISHING
Home Ghost This Violent Ghost Makes Sure That People See Him In The Form Of Bruises, Scratches And Burns On Their Bodies 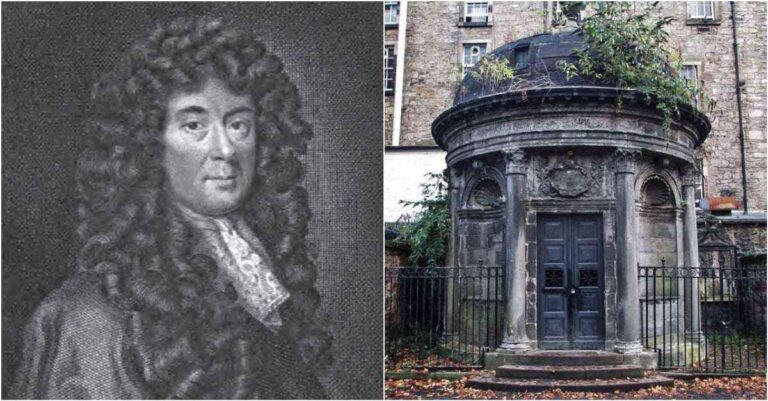 Edinburgh, Scotland is that one place in the world which is full of dark history. If you have ever visited there, the city’s old architect itself speaks a lot about its haunted nature. You can find thousands of good ghost stories there everywhere but the there is this one story in which tourists were attacked by a restless ghost which stands out among them all. Before we begin it all, let us just introduce you to Mackenzie Poltergeist.

Is Mackenzie really a Poltergeist?

Well, there has been a misconception about claiming the whole entity as poltergeist as this does not fit in this situation. Basically, poltergeist haunt only one person for days or for weeks but in the case of Mackenzie, he has been around the town to different locations, terrorizing so many people for years now. Sometimes he was found in his tomb, in the places he lived or even in the buildings close to where he was buried. Considering everything in mind it would be more appropriate to say that Mackenzie is probably a different powerful spirit. But does his existence as a ghost has anything related to his past?

Sir George MacKenzie is famous from the times when he was a Lord Advocate in Edinburgh back in 1677 to 1690. He was known by his nickname Bluidy MacKenzie (that’s Scottish for Bloody) because of his harsh and unforgiving prosecution of the Covenanters. The Covenanters were a group belonging from Presbyterians who took charge and stood opposite to King’s attempt of changing their religion. In response to them, Mackenzie locked up 1200 people from this group in Edinburgh’s Greyfriars’s Kirkyard in 1679. People locked in the “The Covenanters Prison” faced some extremely brutal treatment as they were left open in the coldest winters one can imagine with no food as well. Majority of them died during the survival but those who survived were later sold as slaves or got executed.

But fortune brought Mackenzie close to the Covenanters yet again as when he died on 8 May 1961 in Westminster, he got buried in mausoleum of Greyfriars Kirkyard which was the same place where he prosecuted the Covenanters. His final place is known as Black Mausoleum.

Where can you spot Mackenzie’s Spirit?

As seen before, Mackenzie’s spirit is restless, and it has been moving around town for years.  People have witnessed it in his former residences and in the buildings, that surround Greyfriars Kirkyard, but he is most often spotted at his mausoleum in the cemetery. Because of the extensive volume of assaults on individual in general the tomb was bolted up and the covenanter’s jail entryways stayed shut to the general population for a long time. The best way to access this piece of Greyfriars Kirkyard is presently by going on one of the official City of The Dead visits – albeit and still, after all that, the visit is gone before a stark cautioning that the organization isn’t considered in charge of physical damage. They are likewise open about the way that they have not yet had a solitary visit where no one was attacked. Whoever has visited, at least one among the group comes out as bruised or injured while many have also passed out on the occasion. Although it has been tried to twice to exorcise the area, but both went completely unsuccessful.

Initially for the 300 years or so he appeared to rest in an uncomfortable peace with the souls of his casualties. Be that as it may, in 1998 a homeless man came into MacKenzie’s tomb during a storm who was looking for a shelter in the night. Once inside he willingly opened the coffins inside the vaulted, sustained tomb looking for assets that he could sell. When he stumbled upon the coffin having a place with George MacKenzie, he was attempting to investigate, the floor of the tomb gave path underneath him, saving him into a pit that had been utilized to discard torment casualties. Since the pit had been fixed for quite a long time, the stench of decaying fragile living creature and festered remains overpowered him. He pulled himself out of the tomb and kept running off shouting in fear vowing never to return. This all disturbed Mackenzie and the next morning people saw the iron gates of the tomb wide open!

That was the moment after which the stories of people being scratched, bitten or burned started to grow. Maybe if he had been allowed to sit unbothered MacKenzie may have settled down once more, however local kids were captivated by the spooky stories and it moved toward becoming something of a soul changing experience for youngsters to thump on MacKenzie’s entryway and shout ‘Grisly MacKenzie, turn out if ye set out!’ Most outrageous of them all was a case back in 2004 when two young men were accused under antiquated enactment of ‘Violation of Sepulcher’ for stealing a skull from the dark tomb. This was the first occasion when anybody had been sentenced for this specific wrong doing in over 100 years! At the point when a lady was found oblivious at the passage to the dark sepulcher with her throat wounded just as she had been choked, the nearby experts settled on the choice to bolt the tomb and the Covenanters Prison and put it beyond reach to the general population. It wasn’t until Black Hart Entertainment persuaded them to enable them to run open visits with a cast press protection arrangement that it was revived, however just to those on the visits.

Now people are used to these unexplained scratches, burns, bite marks and bruises while on a tour of Greyfriars Kirkyard. While in some stories, it also happened that the scratches only got visible when they went back home and undressed. On a couple of instances, individuals could feel the attack but instead of running away trying to save themselves, it was so severe that they passed out on spot. The management of City of the Dead Tours reports that 144 people actually have collapsed since 1999.

However, despite of all this, it is pretty sure that do not mess with this free powerful spirit of Mackenzie even if you dare to visit it or you never know what might happen to you.

Have you ever visited th place though? Do let us know in the comments section.