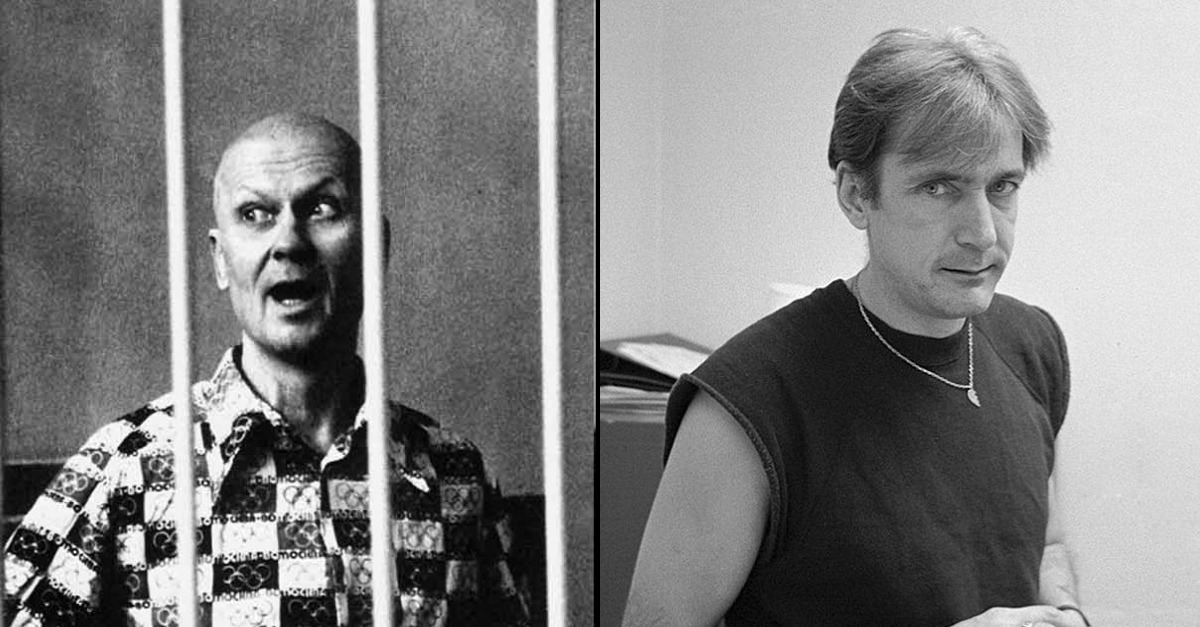 The mysterious nature of serial killers has gripped the general public for as long as they’ve been around. Most people fail to understand the logic behind killing people which makes the action all the more interesting to study. There is a certain appeal to seeing a notorious being like that fall down. This is precisely why the final words of serial killers prior to execution hold an unnerving appeal.

Regardless of whether you seek insight into their messed up lives or simply wish to feed a sadistic side to yourself, this list will satiate both desires. From apologies to resentment, these rantings of dying souls will chill you to the bones. Some of the most heinous criminals of history make an appearance on this list.

The Twisted Minds of Serial Killers

The article below contains 10 famous last words of serial killers and, by all means, they will chill you to the bone. It is perplexing how such a notoriously bent soul can reveal its true emotions when their end is near; or maybe that, too, is some mind game they want you to get baffled in. Have a look!

Theodore (Ted) Robert Bundy was incredibly charismatic and he was well aware of it. He used his charms to lure women. A distinct method he used was feigning injury or assuming the role of a dominant figure when approaching women in public places. Following his stunts, he would take the women to secluded locations where he would misuse them. On several occasions he even revisited his old crime scenes and performed sexual acts on the decomposing corpses.

Punishment: Executed on Jan. 4, 1989 by the electric chair

Last Words: “I’d like you to give my love to my family and friends.”

John Wayne Gacy earned the title of the “Killer Clown” because of his charitable contributions in fundraisers where he dressed up as a clown. He termed his own character “Pogo the Clown”. All of his victims were lured to his house where they were sexually abused, stabbed, strangled or asphyxiated. Every one of his victims was buried on his property except for 4 whose bodies were disposed of in the Des Plaines River.

Crime: Raping and killing at least 33 boys while dressed up as a clown

Punishment: Executed on May 10, 1994, by lethal injection

The Vampire of Dusseldorf

“The Vampire of Dusseldorf” was not the only nickname given to German serial killer, Peter Kurten. He also went by “Dusseldorf Monster”. Doctor Karl Berg described him as the “king of sexual perverts”. Arson and attempted murder make up some of the many criminal offenses he was accused of. He was known for habitually attempting to drink the blood of his victims.

Crime: Raped, killed and drank the blood (at least once) of almost 60 people

Last Words: “Tell me. After my head has been chopped off, will I still be able to hear, at least for a moment, the sound of my own blood gushing from the stump of my neck? That would be a pleasure to end all pleasures.”

We all must be familiar with Jeffrey Dahmer from the popular in Katy Perry’s Dark Horse song. He earned the nick of “Milwaukee Cannibal” due to his tendency to dismember and devour his victims.  Even the song reference talks about “eating your heart” in relation to his cannibalistic ways. Although diagnosed with multiple psychological disorders, Jeffrey was ruled legally sane at his trial. A fellow inmate in the Columbia Correctional Institute beat him to death after Jeffrey repeatedly crossed lines. Other prisoners and prison guards did not escape his gruesome techniques of terrorizing them.

Aileen Wuornos was working as a prostitute and all 7 of her victims were shot point blank. Each time she used the excuse that her victims tried raping or sexually assaulting her. She was convicted of six out of the seven homicides she committed. Her father was a schizophrenic who was earlier convicted of s** crimes with children. Guess, we can tell where her troubles stemmed from!

One would never think that serial killers would inspire anyone, right? Wrong. Gary Gilmore’s last words were what inspired the world famous brand, Nike’s, slogan “Just Do It”. Gary was the first execution to take place in over 10 years in the United States. He gained notoriety among for demanding implementation for his the murders he committed.

Crime: Murdering 2 people in Utah and demanding implementation for the act

Amongst all serial killers, Donald Gaskins had a taste for hitchhikers. He termed his victims as “coastal kills”. His killing spree lasted from 1953 to 1982. Donald wrote down an autobiography titled Final Truth where he admits to killing a hitchhiker at least once every six weeks. As if that were not eerie enough he mentions the specific date by which the urges for killing grew: 10th of every month.

Punishment: Executed on Sept. 6, 1991, by the electric chair

The last of serial killers to be executed by the electric chair, James French was also the only execution to take place in the United States in 1966. James was already serving in prison for murder and wanted to end his life. Too afraid to carry out the act himself, he instead resorted to killing his cellmate in an attempt to force the hand of the state to execute him. One could say he was dying to make that pun!

Last Words: “How’s this for your headline? ‘French Fries'”

The other pseudonym dedicated to this particular serial killer is “Vampire of Hanover”. Coined after his desire to rip our his victims’ throats with his teeth, the term is largely used when referring to Fritz. His victims were brutally mutilated , dismembered, sexually assaulted and murdered. Young boys and men were his desired victims and he was convicted of 24 our of the 27 murders he committed.

Last Words: “I repent but I do not fear death.”

Perhaps one of the most depraved of serial killers, Andrei was a Russian pedophile and cannibal who committed over 50 murders within a span of 12 years. He used a knife sparingly on his victims and is quoted to have said: “When I used my knife, it brought psychological relief.” When on trial, the defense pleaded insanity but it was overruled as the physicians present disagreed. He suffered from severe self-loathing and termed himself a “mistake of nature”.

It is indeed a perplexing though; how someone so malevolent can even mutter such words even in their time of dying. When all hope is lost, a person would naturally beg for mercy. But these famous serial killers still managed to play the evil part by putting some mind-boggling words in the ears of their executioners and had them by the horns. “I’ll be back” seems to be a normal thing one would say a goodbye, but what irrational person would say this during their execution? It’s true that serial killers are more fiends in their minds than their actions can articulate.

This article most probably got you into bizarre thoughts as well. If not, then you must have a hint of evil in your mind as well! Because the only minds that can understand such appalling words are the ones with a little monster possessing them. Food for thought!

10 Weird Facts About Crows, That You Didn’t Know