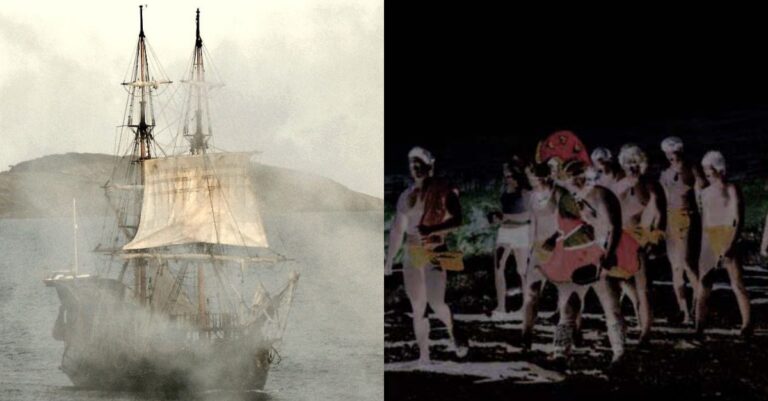 We bring you the 5 urban legends of the USA most creepies, along with the states in which these, according to the people, appear.

It is a playground near Maple Hill, Huntsville’s oldest cemetery. Legend has it that the spirits of the children who have been buried in the cemetery go out to play in the park at night.

As if it were not enough, the legend does not end there but is say that under the park are found buried children who were victims of various murders committed in the 60’s.

2. The Curse of Lake Lanier, Georgia

It is an artificial lake that, people say, is cursed because it seems a lot of coincidence that it is associated with so many tragic and mysterious deaths, so many boat accidents and so many unexplained drownings.

In addition, when it was being built, the skeleton of a woman still trapped in her car at the bottom of the lake was discovered, the woman had disappeared in 1958. Since this discovery many people claim to have seen the figure of a woman in the water.

On the other hand, it is also said that at the bottom of the lake lives a malevolent being so big that is able to swallow an animal or drown a person. This is the explanation that many give to all the deaths given in the place.

3. The Marchers of the Night, Hawaii

They say that on any Hawaiian night, accompanied by a full moon, you can hear sounds of drums in the distance, while you see a lot of torches, which are carried by a group of warriors in charge of protecting the island. So this could become your worst nightmare.

The inhabitants of the island saythat the only way to go unnoticed by these marchers is by lying on your stomach while you pee yourselg or sharing a blood line with one of the warriors.

These night marchers are known in Hawaiian as ‘Huaka’l Po’ and have been seen over at the Davies Pacific Center Building, located in Honolulu.

This is the history about mother and daughter accused of witchcraft and burned at the stake in 1916. The mother was burned, while the daughter was buried in steel-clad coffin, covered with stone and locked in crosses to avoid her escape.

Is enough to look at the photos of the tomb of Mary Evelyn Ford, with a series of interlaced white crosses forming a fence around a gravel pit and with bars that seem unnaturally folded in some places.

Some have claimed to be witnesses of small footprints appearing on the grave, or even a young ghostly figure trying to escape the grave.

This is the legend of Elias Friske, an old deranged preacher who murdered a group of children in a forest, near what is now the municipality of Algoma. He killed them one by one, throwing them at Cedar Creek. After this he was captured by the parents of the children and hung, but not without foretelling that he was possessed by demons.

The Hell’s Bridge is a crumbling, narrow metal walkway in the middle of the forest, and those who have crossed it at night claim to hear the voices and cries of the children and sometimes being greeted by a black figure with bright eyes.

Texas black-eyed children are known to be seen as homeless in totally normal, non-threatening, places such as Wal-Mart and parking lots.

According to the legend, these children usually ask for things like a trip home or some money to eat.

This legend began in 1996 with reporter Brian Bethel, who was in his car in a parking lot at an Abilene cinema while using the car’s internal light to write a check. While filling the check, two young children who Bethel claims were between 9 and 12 years old, approached the car, knocked at the window and asked for a trip home to take cash to return to the film. The children, who totally baffled Bethel, claimed that they did not have a weapon, before making eye contact and revealing black coal eyes that Bethel later described as

“the kind of eyes you see these days on TV being related with UFOs or vampires”.

This is the story of the Maltby Cemetery, which is said to include an underground tomb for a truly creepy and rich family that could be reached by 13 steps.

So, it is said that if you go down the 13 steps and touch the door of the tombs, when you turning to return you will see the hell itself.

8. The Death Boat of the Platte River, Wyoming

There are endless creepy stories in the jungles of Wyoming, including a headless woman circling the Old Faithful lodge.

However, the most scary legend is one of the most overlooked, a ghost ship that materializes behind a spectral fog on the Platte River. The damn crew curls up on the deck of the old sailboat, encircling a body. In addition, it is said that if someone who can see the boat insists on discovering what it is, it is revealed that the corpse that the crew is surrounding corresponds to a loved one who is still alive and will die soon.