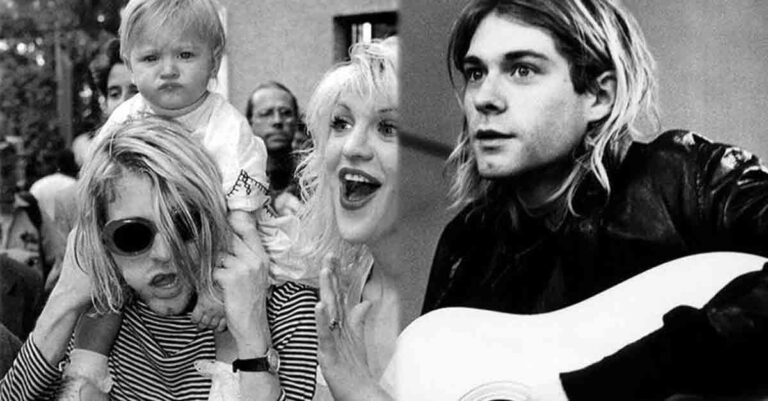 Kurt Cobain’s death has left us with a lot of theories.

Some believe that he really did kill himself. While most people have different and wild theories. Most of the throries on this this are quite ‘out there’. So we urge you to keep an open mind. At first glance, it is apparent that he killed himself. However, when you take a closer look, you can see that his death has many inconsistencies.

That is why we are here to address these inconsistencies that have plagued generations. Because at the end of the day. The question remains who or what killed Kurt Cobain?

The story goes, that after nearly dieing after overdosing on pills and red wine in Rome. Kurt made up his mind that he would leave Cortney. There were already many rumors that Cortney was cheating on him so he decided to free himself from the problem. 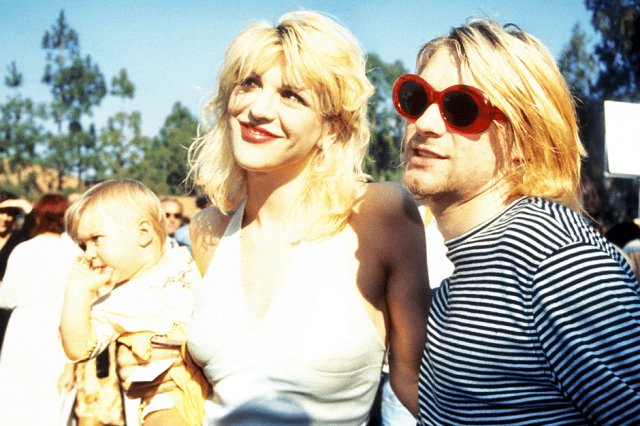 Courtney however was not happy when she realized that he was going to leave her. So when Kurt Cobain went to his Lake Washington home Courtney finished what he had started in Rome ending his life once and forever. Some people even believe that she added a few lines in his suicide note.

Okay, So maybe Courtney didn’t kill Kurt herself. After all she was in a drug rehab facility in rehab. And why would she want to get her own hands dirty? Isn’t it more likely that she hired a hitman to do the dirty job? I mean Eldon “El Duce” Hoke, singer of Seattle band The Mentors, did claim that Courtney approached him at a record store in Hollywood and offered to pay him $50,000 to kill Cobain. 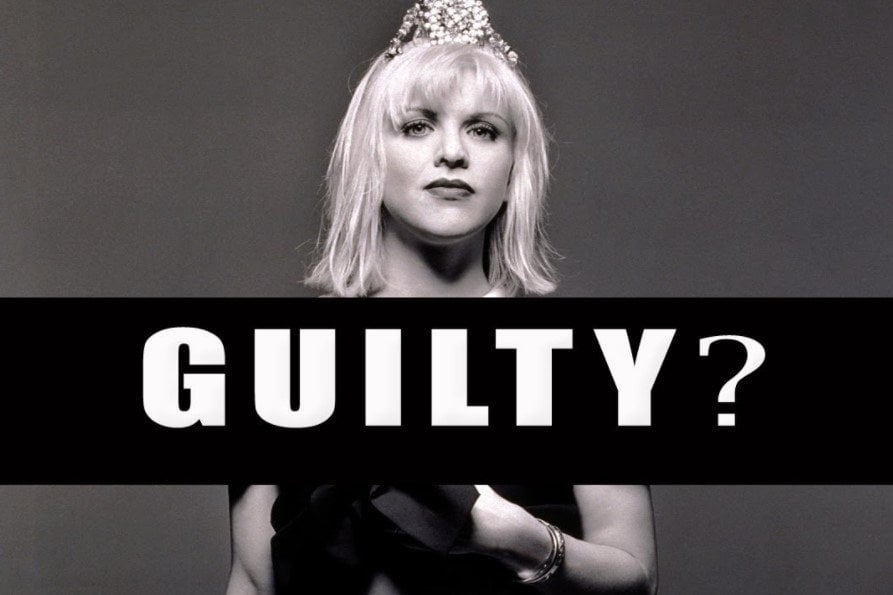 He said that he passed the job to a friend of his. Whether that is true or not, we’ll never know. Since curiously enough Hoke was run over by a train in Riverside only two days after filming for the documentary Kurt & Courtney in 1997.

#3 The suicide note was falsified.

Let us examine the suicide note shall we? I mean when you enlarge the note, the inconsistencies become quite clear. While it maybe that he started writing the note with his right hand then changed it to left or he changed his mind midway. The end result is quite confusing. 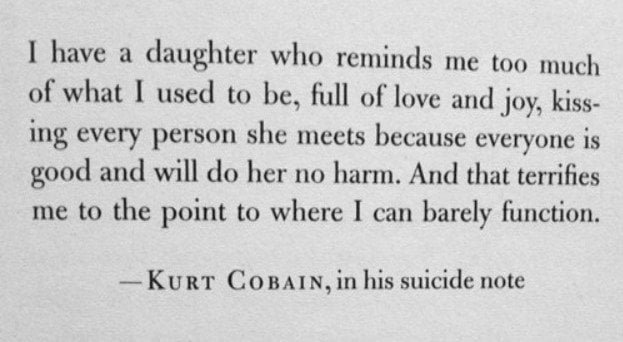 My own tests with that so-called ‘suicide’ note indicated that when it is enlarged on a copy machine, the inconsistencies become even more clear. The ink printed line of that one critical comment, (“which will be so much happier without me”), are thinner than all of the ink printed lines in the rest of the note.

#4 The family nanny was the killer.

No one ever suspects the nanny. In this case however, there is a lot of evidence that leads to Michael DeWitt, Their nanny. I mean he was the only person who actually met him in Lake Washington while Courtney was in rehab. However, He didn’t reveal this information at first. Did Courtney and Michael conspired together? Only they know for sure. 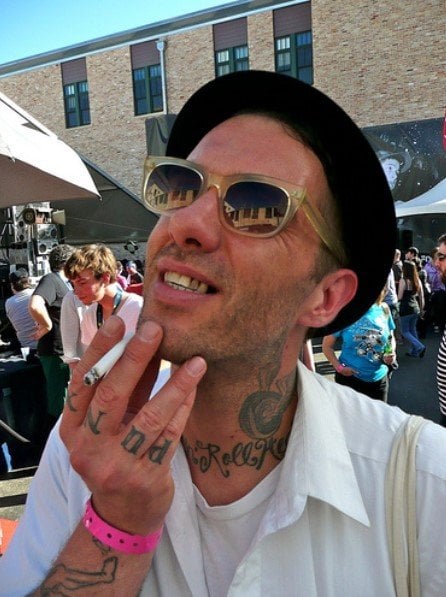 #5 A triple dose of heroin would have incapacitated him.

When the body of Kurt Cobain was discovered. Toxicologists found three times the lethal amount of heroin in his system which would have incapacitated him in seconds. 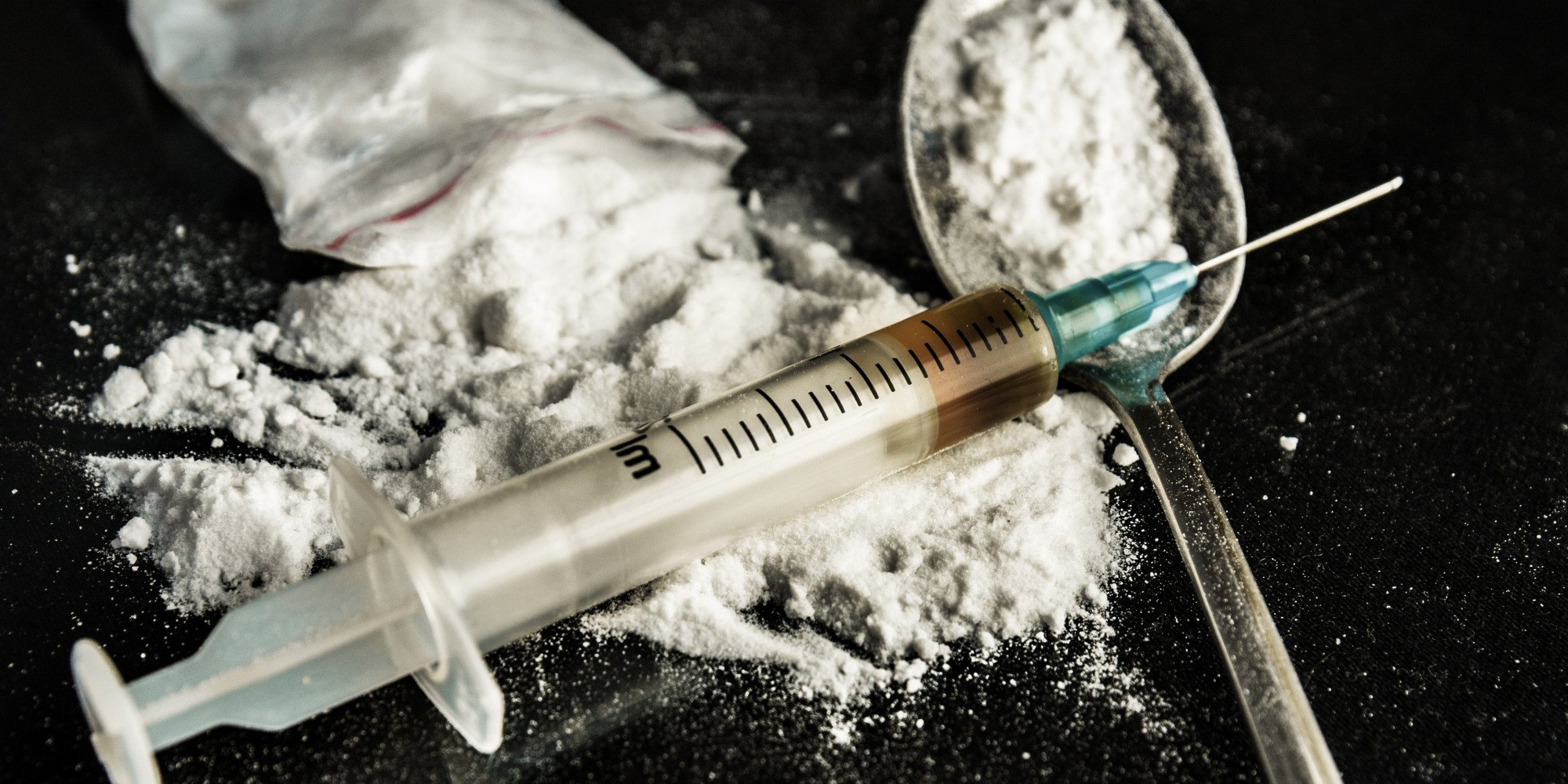 The forensic pathologist we spoke to said that there’s no way this guy could have injected a triple lethal dose of heroin into his system, then rolled down his sleeve, put away the drug kit, picked up the shotgun and shot himself. He would have been incapacitated within seconds.

#6 Kurt Cobain isn’t dead after all.

Many people believe that Kurt Cobain is still alive. People think that he left everything dear to him and moved to South America. In 2012 he emerged as a singer on a Peruvian talent show Yo Soy named Ramiro Saavedra. Only one problem though, he does not look 40 years old but then again what do I know? 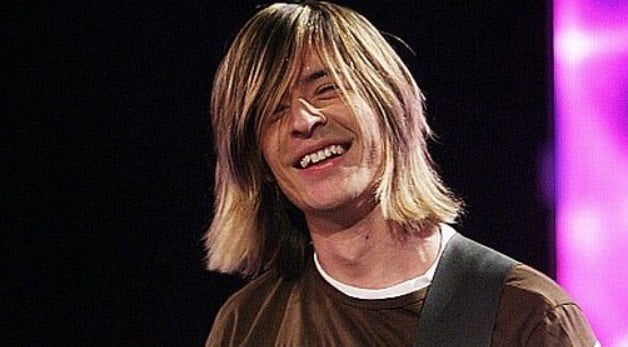 I know this sounds insane and only happens in the movies. But fans were aware of the fact that he hated the spotlight to what’s to stop him from faking his own death? I mean there is only one pictures of his body and nothing else. Media wasn’t even allowed at his funeral. 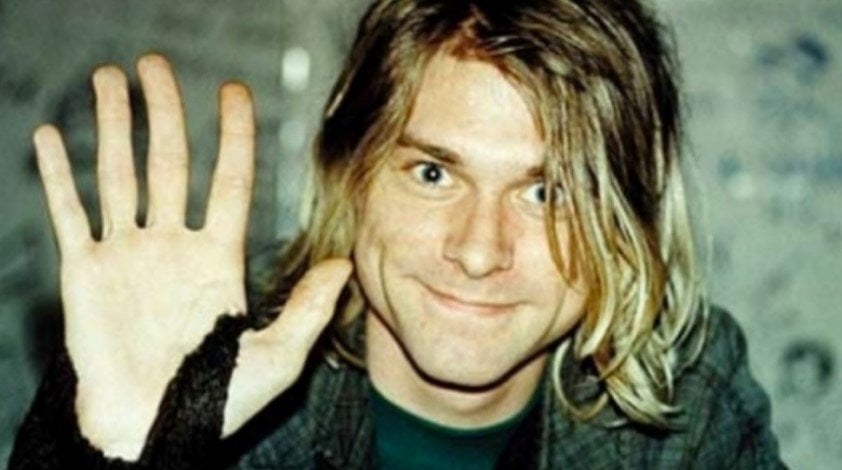 Let’s look at Kurt, Courtney, and Francis’ names, shall we. KURT cobAIn, courtney LoVE, FrancIS bean cobain. Take the capitalized letters. Now what is it an anagram for? Why, none other than…KURT IS ALIVE.

Some people believe that grunge loving aliens kidnapped him. I mean whats to stop them from loving music. There is even proof that this happened. A Seattle woman has quite a true story to tell that will blow your mind.

They let him visit his hometown Seattle from time to time, for inspiration to write his songs, you know. He’s looking kinda pale but you’d expect that from being stuck on an alien spacecraft. Kurt said that another faction of aliens had kidnapped Elvis – rock and roll loving ones.

Elvis and Kurt have managed to talk a lot, even had some jam sessions together. They’re now on a first name basis.

I don’t know either. 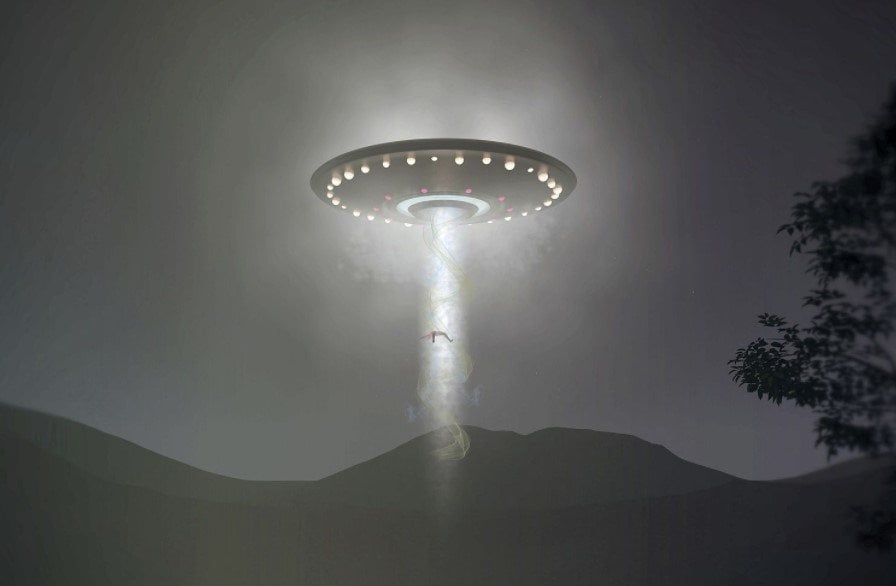 Of course the CIA hated Kurt Cobain. According to a legit conspiracy theorist, John Potash. The government was behind the addiction of Kurt Cobain so they could promote his anarchist views and drug use among America’s youth and they didn’t like it when he started to get clean. So they stepped in and cleaned all the mess up.

Evidence suggests that, unknown to Cobain, US intelligence used him to promote heroin use, similar to the way US intelligence and media assets helped promote acid in the 1960’s.

Suppressed evidence indicates that US intelligence helped orchestrate Cobain’s murder due to his anti-materialistic, radical leftist politics, along with his implicit threat to promote sobriety when he stopped using drugs.

Many people believe that Kurt Cobain was a successful patient of the Mk-Ultra project. As many theorize that Cortney was already being programmed when she was just a little girl and brought Kurt into the family so he could promote their specific platforms to the youth of America. 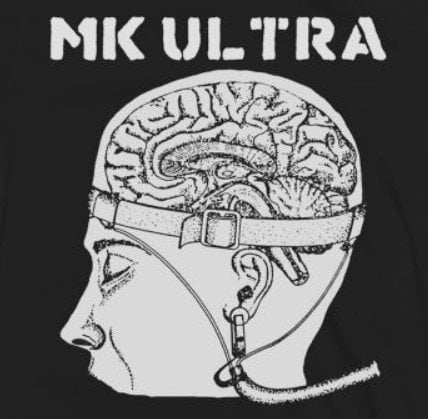 As the story goes, After trying to break his programming, the agency put a hit on him and finished him off.

#11 Illuminati is behind his death.

His death is clearly a part of some huge Illuminati conspiracy. According to Fred Kelso, a former orderly at the Exodus Recovery Center in Los Angeles. Kurt stayed stayed there for some time before his supposed ‘suicide’. He and Kurt had many conversations where it was clear that the Nirvana singer was afraid for his life. 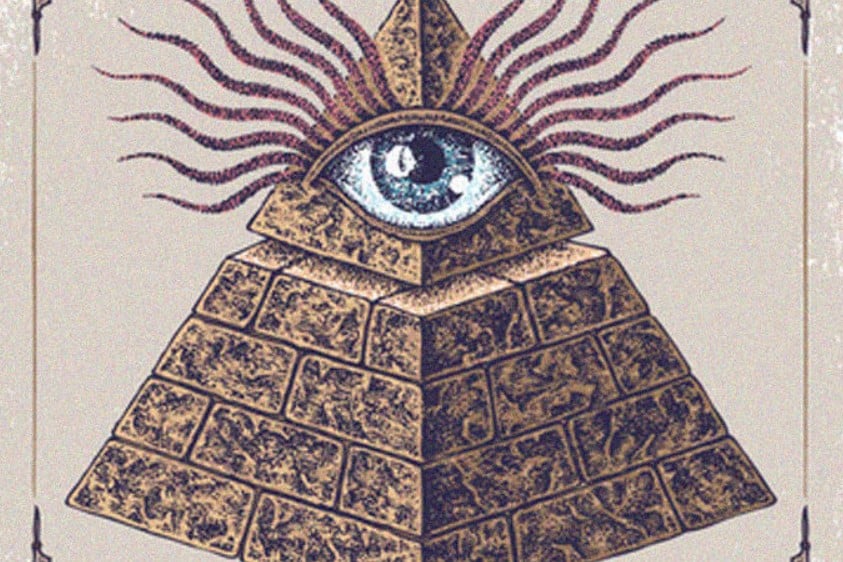 He was afraid that ‘they’ were trying to control his music and that there were “forces in the world that controlled everything and nobody knows it.” Was he talking about the Illuminati? We’ll never know.

While it is true that both of these singers existed at the same time. There is no proof of them ever meeting or being in the same place. Even their tours never lined up. Who’s to say he didn’t just give up his destructive lifestyle and became the frontman of Weezer? 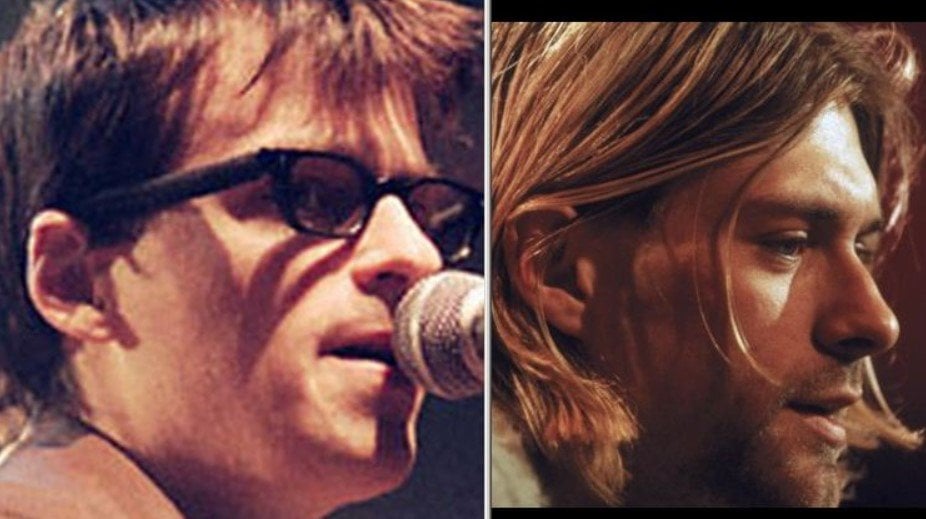 Which one of these theories do you think is true? Or are all of them are what they are ‘theories’?