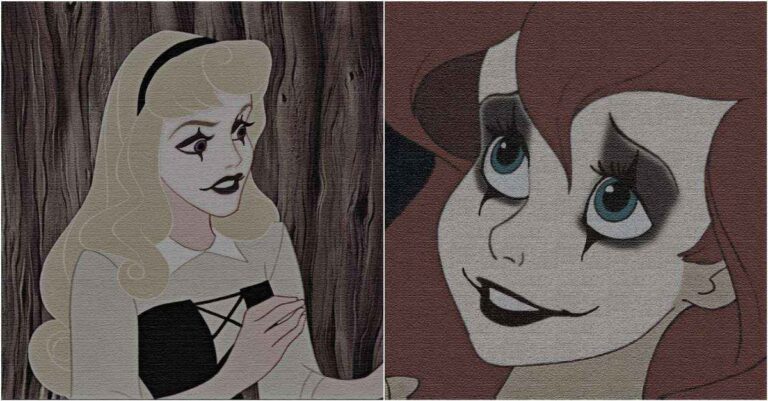 The Crow is an infamous movie from the early 1990s.

It earned it’s infamy after the lead actor, Brandon Lee, was fatally shot during one of the scenes. His character was supposed to be shot dead in one of the scenes, and the movie crew, due to time constraints, created their own blank bullets. Unfortunately, they weren’t as blank as they thought, and the gunfire ended in the death of the actor in a similar fate as his character. This turned the movie into a snuff film, and many watch it just because of it.

Sleeping Beauty, whose entire story revolves around a curse of eternal rest and that of love. Remind you of something else?

Belle sacrificed everything for someone she cared about, and lived with a demon for the price. That’s basically Crow.

For honor and those she cared about, Mulan gave up her identity, assumed another, and fought against evil that almost killed her.

Hardworking and the image of the American dream, where justice and liberty is for all, and everyone gets what they deserve, Tiana would also make a fantastic Crow.