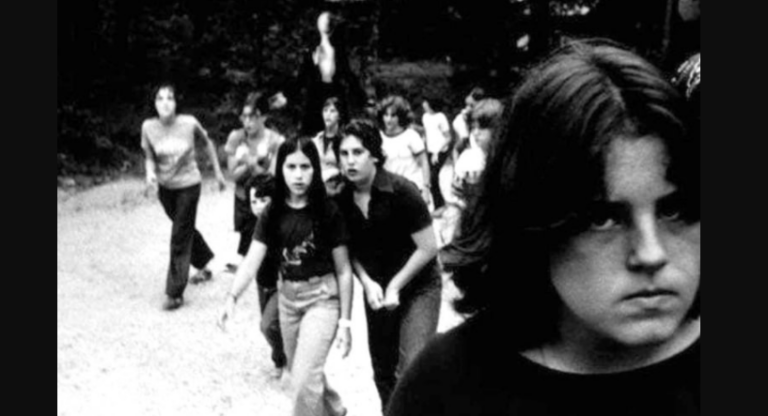 In today’s world, you will hardly find anyone who isn’t familiar with this great urban legend. The dangerous, creepy and terrifying monster that has “apparently” been haunting kids for decades. You might have heard many stories of Slender man till now. But, have you heard of someone murdering for the sake of satisfying him?

If not then buckle up because we are about to tell you the weirdest thing.

Back in 2014, two 12-year-old girls in Wisconsin stabbed their friend 19 times in an attempt to appease the ‘Slender Man.’ Both of those 12-year-olds were caught immediately. Though there have been many unusual cases where people have done strange things, this was the first time such an excuse referring to an urban legend was used in court.

Just recently on 1st Feb 2018, one of the girls, Morgan Geyser, who is now 15 has been sentenced to 40 years under the supervision of a medical institute.

For a better grasp on the whole situation, we need first to understand fully what the Slender Man really is, and to understand him we need to know what “Creepypasta” is. Once we know that then we can figure out the rest.

Creepypasta are basically internet horror-stories, which are passed around by being copy-pasted from one site to the other. The name “Creepypasta” comes from the word “Copypasta” which is a slang term denoting something that can be copy-pasted to different websites repeatedly. Till now there have been many stories that have become a part of this. However, the exact origin of creepypasta and its stories is still unknown, even though some sites give a brief background, but they are all different and not clearly authentic as they can’t be linked back.

What really is the Slender Man?

Slender Man is the extremely tall, creepy, thin, and faceless creature. He is said to be found in the woods where he lures children towards himself and kills and eats them. This is what’s commonly known about the Slender Man. However, people have also claimed that they have seen him multiple times, but when they looked back again and turned around, he was gone. There is much more to this creepy creature than we think there is.

People have claimed that they have seen the Slender Man. He is undoubtedly one of the greatest urban legends of all time. Other than the terrifying and the horrific side of his, it appears that the Slender Man is quite photogenic as well. Some say there have been multiple “sightings” of him. Which are of course just manipulated pictures in reality.

This scary and mysterious legend has become so famous now that there is an actual video game based on him. It is called the Slender: The Arrival. Not only this but also the game managed to get quite a huge fan following. But, this video game is not the reason behind the recent fame of this urban legend. Sadly, that’s the story of two girls who believed in him to the extent of stabbing their friend to death.

Slender Man and the ‘Stabbing Case’

Two 12-year-old girls— Morgan and her friend Anissa Weier— from Waukesha, Wisconsin, became extremely obsessed with the Slender Man, back in 2014. Their obsession crossed all limits, and it wasn’t something based on fear, their obsession was out of liking and interest for the Slender Man. They both spent hours every day researching on him, finding out every single possible detail they could. They would often make drawings of him, which were also later on shown in the court, like the one below:

In May 2014, Leutner was tricked by her friends into coming to the woods to play ‘hide and seek.’ Once she was there, Geyser stabbed her repeatedly 19 times while her friend, Weier urged her on.

After she was stabbed her ‘friends’ left her to die. Fortunately, Leutner survived the horrific incident. She was barely alive and was found struggling by a passing by biker who then immediately stopped to help. Both Geyser and Weier were arrested. They are now 15. Upon questioning, they justified themselves by telling the police that the stabbing was done in an ‘honor’ for the slender man.

“I believed that if I didn’t go through with it, Slender Man would come and attack and kill myself, my friends and my family” Weier told.

After three years in the legal processing the verdicts finally came out last month, and both the girls were prosecuted and were charged with first-degree homicide. Both of them were found guilty and will soon be sent to mental hospitals. Weier for a period of 3 years, while as for Geyser the punishment and the time to be spent in the hospital is yet to be decided.

And the tradition continues…

Even three years later it’s hard to accept the fact that a myth actually led to such a horrific incident. Let’s just hope that from now on we don’t get to see similar tragic cases and everything falls back into place.