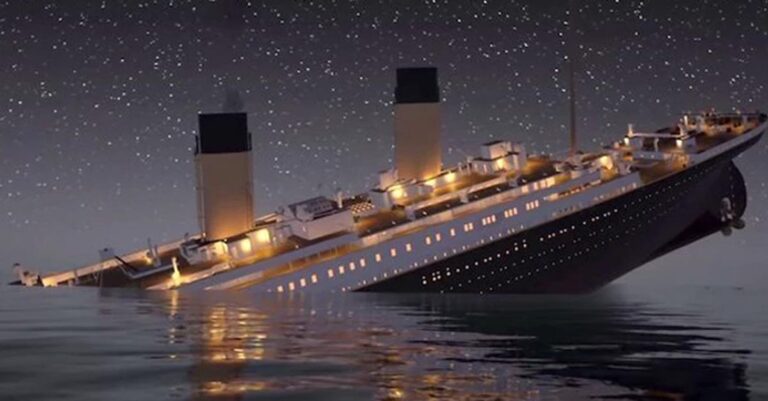 A tragedy that happened over a century ago is freaking people out all over again. A new video has surfaced which shows the sinking of the RMS Titanic in real time. That’s right, just when you thought that people had finally forgotten the tragedy, the internet proved you wrong.

The historic incident took place on the 14th of April in 1912 in the North Atlantic Ocean, a few moments before midnight. Within a couple of hours, the gigantic ship had sunk. With almost 2,220 crew and passengers on board, more than 1,500 met their demise that night.

This newly surfaced animated video allows you to relive the horror of that night. The model of the ship used is eerily accurate. In the 2-hour long video clip, every second builds up to the eventual destruction of the Titanic.

The developers of the upcoming game, “Titanic: Honor and Glory” are the masterminds behind the creepy video clip. The aforementioned game will be solely about the ship in question, its maiden voyage and its sinking. From the many horrifying games that exist in today’s world, we cannot say that this surprises us.

The infamous collision occurs about a minute into the video. Hopefully that gives you some time to brace yourself. Viewers are advised to not keep their hopes up in search of Leonardo DiCaprio as he does not make a surprise appearance.