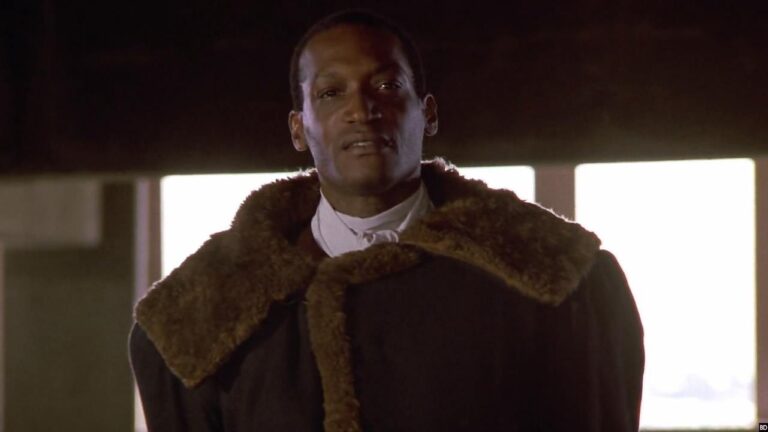 The spookiest month of the year is upon us and while everyone is bustling about figuring out how to spend it best, we are providing you with a list of gory, creepy, and scary movies to watch. A list of 31 films, this will satiate your cravings one day at a time for the entire month. We reached out to horror fans all over the web and requested their input about some of the scariest underrated films they had the chance to watch. Well, we asked and they delivered.

“Nobody remembers where the chant ‘one of us! one of us!’ comes from anymore. Freaks is completely underrated and should really be more admired as a staple in the horror genre.” –caitlinm18

“An oldie but a goodie. You feel like you’re going mad right along with the main character. ‘The man’ is such a quietly unsettling antagonist, you’ll be checking your closets and under your bed for days afterward. Sometimes I’m still scared of him when I look down a dark stairwell.” –lawmouse

“It’s from the ’90s but it’s so well done. Scary when it counts, suspense all the time – you really don’t know what to expect next. I’ve seen it a dozen times and it STILL scares me. It’s that good!” –Tiffani Amber Tezak , Facebook

“It’s a Japanese 1999 thriller/horror about a widower who starts dating again with the help of his producer friend. They create a fake audition for a movie to act as a dating service. Few jump scares but the plot is solid.” –lonelyheartsclub011

“Session 9 is criminally underrated. A story about five hazmat workers tasked with cleaning up an abandoned asylum, it’s definitely more of a dripping-with-dread horror film than a jump scare horror film, but that dread builds and builds and builds until you just can’t take it anymore. Best watched with the lights out on a late night with friends, it’s 100% unnerving.” –ZakGoringer

“Session 9 is a completely underrated horror flick made for very little money on the grounds of a real abandoned mental hospital. The claustrophobic energy, the doubting of one’s sanity, and the heartbreaking reveal at the end of the film (along with a decent performance by one Mr. David Caruso) makes this flick one of my all-time favorites.” –missbanshee

“The Descent is so good! Really terrifying creatures with some badass women as the main characters. Plus having it set in underground caverns adds to the stress of not being able to escape.” –erinm40bdb5492

“It’s intense and keeps you wondering what will happen next. There’s a scene with the deceased daughter that rips my heart out every single time.” –Heather Marie, Facebook

“It’s a Spanish film so it is subtitled. REC is about a news team following firefighters on a call to an apartment block not knowing that a full-blown zombie outbreak is about to take over. It’s very fast paced and terrifying. I definitely recommend it to anyone as long as they can follow with the subtitles.” –JaCrispyGinx

“Scariest anthology I’ve ever seen. I’m really hoping they do another one like it soon.” –Tammy Taitt, Facebook

“It’s about this guy’s first day on the job at a small-town Canadian radio station, and the town slowly going mad. The group in the radio station figure out there is a virus spreading through language and certain words are affected. It may seem strange from this description, but I found it by googling the best horror movies on Netflix. They do a good job of making it creepy and suspenseful.” –kaycaps

“A morning DJ and his crew listen and report in horror as some unknown cataclysmic sickness envelopes the town during an epic snowstorm. The twist is in how people are infected.” –Lizzielindenwood

“Martyrs is a good one. It’s very intense and the ending sticks with you – it’s harrowing and graphic. I’ll never watch it again. I absolutely love it. I saw that they did an American remake of it in 2015, but I also saw that they planned on changing the ending. Which kinda misses the point…” –jennh6

“It’s an amazingly suspenseful British horror film with Michael Fassbender and Kelly Reilly. Both actors give amazing performances and the storytelling is super tight. I recommend it to every horror fan I come across.” –rileys43cfb2952

“It takes place in the ’80s and looks so accurate a lot of people think that is when the movie was made. It is super creepy and definitely a slow-burn type of movie. The ending is bonkers though.” –Blair McKenna, Facebook

“It’s great if you’re looking for a suspenseful movie that isn’t gratuitously gory. It follows the protagonist, Anna, after she’s released from a psychiatric institution following a suicide attempt, and her sister, Alex, as they try to prove that their dad’s new girlfriend may be hiding a sinister secret. I’ve seen this movie a dozen times, but the twist ending scene always gives me chills!” –keirymunoz

“It’s a Norwegian horror film about zombie Nazis. It’s as ridiculous as it sounds, but genuinely had me jumping out of my seat at certain moments.” –samk49063f7cb

“I think it was categorized as a thriller, not horror, but honestly that movie still gets in my head. The way in which you become haunted was so genius, like honestly who wants a ghost STD?! I still get freaked out when someone is walking too slow in my general direction.” –t473569574

“My friends and I decided to watch a ‘dumb, B-grade Netflix horror film’ to pass the time when we were snowed in for a couple of days. Suffice to say, at the end of the movie, we refused to go to the bathroom alone and we all slept in the same bed for the remaining blizzard.” –blakeleyf

“Not only is it terrifying, but the main character is an absolute badass!! Plus the ending is incredible! I had to watch it twice because I did not see the twist coming!” –Ashley Steidl, Facebook

“It’s really underrated and I had actually never even heard of it until I was deep-diving into Netflix for a while and just happened to find it. It’s quite terrifying and suspenseful and I recommend it to anyone who likes that kind of stuff.” –sidneyh460a8d435

“OK, I have several things in this movie. First, no it is not a gory Saw-type film. The cover makes it look like that but in reality, the gore stays at a minimum. (Now that doesn’t mean you won’t be cringing at the thought of what’s happening to them.) Second, oh my gosh y’all, this film is so psychologically twisted and will have you stressing out for the characters. It will make you question what you would do if you were in that place. Honestly, the characters are relatable and you will feel for them and you will cringe for them. Third, I won’t spoil anything – but the ending, dude. I literally couldn’t stop thinking about it for days! It’s on Netflix. Watch it! You won’t regret it!” –skailyr

“I cannot be scared by horror movies and I’ve tried so many. But The Banshee Chapter was terrifying to me. It had numbers stations, unexplainable paranormal creatures that aren’t really shown, and it keeps it intense. ‘They want…to wear us!!'” –sanctuaryxiii

“It’s about some kind of STD. Sleeping with someone who has it will pass it on to you. From that moment on, ‘it’ will follow you and try to kill you. It’s such a great movie and I can’t believe more people haven’t seen it.” –valeriek48b8ddd85

“Deliver Us From Evil with Eric Bana is one of the very few exorcism movies I’ve actually liked. It’s jumpy, creepy, bloody.” –sarahp46d7e8aa4

“It starts off as a student film about Alzheimer’s, but very, very quickly turns into something else. Not only is it terrifying because it makes you think about how it must feel to begin to lose your memory – it turns into a possession movie so well-acted and suspenseful that I honestly can’t believe it isn’t more popular. It’s the first scary movie I show anyone who asks for a suggestion. The acting is phenomenal, it’s an original story, and to put the cherry on top it has a lesbian relationship and a female POC as one of the lead roles. It’s a great film.” –meganw4ba0ae157

“I watched it on Netflix and let me tell you that movie had me on the edge of my seat for 99% of its duration. The ending was very chilling as well. Definitely recommend this movie, it’s really good and completely underrated.” –LonelyCat

“I am a horror movie buff and have a really hard time being scared, watching a movie. But this one honestly scared me. It’s a lower-budget kind of movie but still scares the crap out of you with no jump scares!! I recommend watching it with all the lights off and alone :)” –breelightyear

“The Babadook is great for when you just want a movie that makes you think but is still genuinely scary instead of just ‘weird’. It’s an Australian film about a woman whose house is being haunted by a monster from her son’s storybook.” –Samantha Campbell, Facebook

“It’s so good and the plot is interesting and original – at least I think so. It will make you feel so claustrophobic.” –tabithamayer88

“It’s criminally underrated. The opening scene is probably the most tense I’ve felt during a movie in so long. Plus, it’s on Netflix!!!!!!” –MeganGrossssss

“I literally just finished watching it. I wasn’t 100% what my feelings on it were throughout most of the runtime, but the last 40 seconds or so were mind-blowing and totally changed my opinion of the film as a whole. An amazing and oddly sweet work of psychological horror.” –noahk4e24c0d62

“The Invitation is one of the best horror movies I’ve ever seen and just a really great movie. It’s on Netflix. Watch with a buddy.” –Dave M. Stewart

“Basically all my boyfriend and I do is watch scary movies so we are a little numb to most, but this one was legit and scary for a low-budget film! 10/10 recommend.” –kelliet4b70070f8

“It’s available on Amazon Prime and it’s surprisingly awesome! I do NOT scare easily, but this movie had me a little shook! Extremely underrated…best found footage I’ve seen since Grave Encounters.” –yolandau

“Bone Tomahawk is great and has a very gory finale. A horror movie in a Western setting! Kurt Russell! Kurt Russell’s facial hair! Seriously, though – I have a high tolerance for gore in movies, but the bit at the end of this one had me watching through my fingers. Not that it made it any less gruesome, considering how good the sound effects are in this movie. Yikes.” –jennh6

“Hush is a fast and great watch on Netflix. It’s about a deaf woman stalked by a man in her secluded home whose only motive is to kill her for entertainment. There is minimal dialogue, but it kept me on the edge of my seat the whole time.” –Lizzy Coplin, Facebook

“It’s a serial killer horror movie that has a female protagonist who is deaf – she is amazing in the movie and it deserves far more recognition than it gets!” –latifal

“One of the best horror movies of this year that has already been all but forgotten. The film cleverly keeps us expecting the arrival of the titular ‘it’, only to get us with the realization that the real horror lies in human nature instead.” –noahk4e24c0d62

You have real reviews accounting for the disturbing degree of horror and gore featured in each of these movies. Do you dare take the leap and watch them all? Arranged in chronological order for you, start with the oldest and end Halloween with a blast of the most recent underrated horror film.