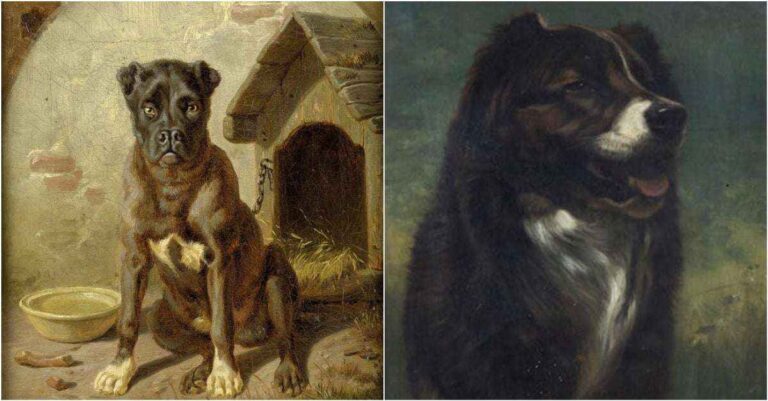 It doesn’t matter if the stories of ghosts are real or not, they have been around us since forever now. Almost in every scary story there is a ghost of human that is involved in haunting the fellows who are alive, but have you ever heard of our dear pets returning as ghosts to someone? Imagine for a while that how would you feel upon seeing your favorite dog that passed away as a ghost in front of your eyes suddenly? Would you freak out or would you also like a ghost as a pet then just because you love dogs?

Anyways, whatever your wish after imagining the scenario, let me just tell you that these spooky stories with pets as ghosts in it are true. They range from heartwarming to extremely terrifying. May it be because of the love that humans have for dogs or they actually witnessed things in real, we are telling you some of the weird animal ghost stories.

This ghost dog is the most famous and has been around 1962 haunting the neighbors of Nashville’s Belmont Hillsboro. It is assumed that he has the spirit of the Boxer named Preston who had a very kind heart and only appeared during the trick or treat days of Halloween.

People who have witnessed him tells that either some of them heard him barking on Halloween night or when you walk alone on the streets slowly, you will suddenly feel like a dog trying to poke and save you from cars. An old woman living in that area also used to put a dog biscuit outside on the porch for Preston every Halloween and the next morning it was always picked up by Preston.

A demon cat with bright red eyes lives in the United States Capitol building. It is said that it appears out of nowhere to scare the s*** out of the visitors. Along with that it is also assumed on a couple of occasions that the demon cat only comes when there is something bad which is about to happen e.g. stock market crash of 1929, and the assassination of President Kennedy in 1963.

The history of this ghost cat goes back to when cats were brought up in the basement tunnel of the building to kill rats and people think that it has been there ever since.

#3 The Black Dog of Connecticut

Castle Craig in Connecticut has been the worst ever since a ghost in the shape of a black dog has been haunting the hikers and visitors on the castle. It’s a short haired dog that looks a lot like spaniel and you can’t hear him even if he tries to bark. There is a folklore attached to it which says:

Ever since 1800 when people started seeing that dog, they have claimed that a lot of people died on witnessing him thrice.

When the oldest cat of Debra Tadman died, she was so heartbroken that she actually contacted an animal communicator, Sharon Callaghon, to bring the the spirit of her beloved cat, Weggie.

“Wiggie and I had a very close relationship and I felt as if I had lost a child. He had seen me through a marriage, divorce, other relationships, three house moves and other life experiences.”

After when Sharon got brought Weggie back from death in the form of a spirit, Weggie was more worried about her apartment as she told its toxic for Debra. At that time Debra ignore but later when she was about to get her apartment painted, she saw asbestos and highly toxic mold in the walls and ceiling and aluminum wiring which could have caused fire soon.

Due to Weggie, Debra’s life got saved

“To this day I can’t believe how accurate and true that reading was.”

This happened on the sets of a ghost episode of the The Brady Bunch. Actor Christopher Knight tells that the cast were living at a creepy hotel and they used to spend nights telling each other horror stories before shooting begin again.

One strange midnight, Knight who was playing the role of Peter Brady woke and suddenly saw two dogs and a little girl, all staring at him without making any noise.

When Knight recalled his strange encounter the next day to the B&B owner, he took him to an old house fireplace. There the actor saw two dogs in the form of metal fireguard and these were the same dogs which Knight saw last night. Not sure about the inspiration behind the decoration but that did tremble the actor.

This is one of the oldest stories from United States which began back in the dates of 1770’s. The owner of blue tick hound, Charles Howard Sims, got attacked by a group of thieves after drinking a lot one night. He always used to brag about the amount of gold he had. Sims and his faithful dog fought hard till last breath but it wasn’t enough and both died after felling on a rock along the road.

After killing them, the thieves buried the gold and after a few days when they came back to dig it out, they were attacked by a blue ghost dog. Fortunately, the head of the thieves managed to run away but he also fell ill and died later. To this date, hound protects the gold from everyone.

#7 Creepy Terrier of the Holly Hotel

World famous Ghost Buster Norman Gauthier, a professor of parapsychology, visited The Historic Holly Hotel in 1989. Although the place already had a bad reputation for but later it was also proved by him that its a place loaded with spirits. After his declaration, a lot of investigation groups visited to experience the place themselves. Majority of them reported about smelling cigar smoke and flowery perfume and hearing spiritual voices late at night in the halls.

But what came out as the biggest shock for people when they witnessed the spirit of Leona, the dog of former hotel owner Mr. Hirst. It physically looked a lot like rat terrier. It was mostly heard running down the halls, brushing up against people’s legs and morning chefs used to claim about him barking.

Jan Price suffered a near-fatal heart attack on December 30, 1993. He almost had a Near Death Experience in which she saw her beloved  English Springer Spaniel, Maggie, standing with her in a strange surrounding. Maggie on the other hand died a month ago and that kinda felt Jan as happiness came back for her.

“I felt her presence, her love, and she appeared to me as she had when she was in physical form – only younger, more vital.”

Jan even told that Maggie was speaking the following words in his spiritual way “You know that Daddy can’t handle both of us being gone right now.”

Before leaving for the real-world Maggie told Jan that he would wait for her to get into heaven so that they could explore different things like before.

#9 Yabba Returns to Play Ball with Her Human

Yabba who was “rock and the love” of owner Maureen’s life died 11 days just before he was about to turn 17. When Maureen woke up to find out that her dear companion had passed away she was so distressed in grief that she started taking the picture of her dead body. She hoped to see the dog’s spirit in picture and in the second shot she saw something that really looked like a dog.

After her departure, Maureen made a memorial to the dog with her toys, a rosary, a Jesus candle and she also used to talk to her picture every day. One day she even threw a ball looking at Yabba’s picture and said “Yabba, here’s your ball, come on let’s play”. The ball started to move, and she also felt something brush against her. She assumed that may be it was Yabba’s spirit to let her know that all is well after she has died.

Not only cats and dogs, but domestic animals have also been reported to return from the grave in form of a ghost. In the suburbs of Chicago, there are stables and riding trails in the wood near busy intersection of 95th Street and Kean. There was no traffic control on one of the most dangerous junctions through which the trial passes and because of that at least seven people and three horses died in a crash during the crossover.

Reports by motorists claim that ghost of a horse has been sighted there mostly at night or dusk while crossing from one side of 95th street to the other. Even when some riders try to spot the ghost clearly, the figure vanishes in the middle of the road.