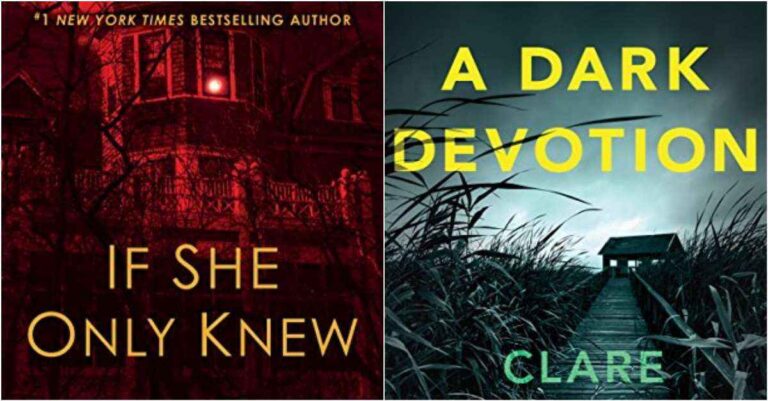 We all grew up hearing the stories which our grandma narrated to us every night before going to bed. The fascination with the horror ones begin once we start imagining how the ghosts look like or when we start fearing with the thoughts of expecting goblin under our bed ready to attack us. But then it is only something that our head and imagination creates.

Have you ever wondered on the fact that no matter if it’s a neighbor down the street or your own sister, people are what they show us, right? But, are they showing their true self? We are listing down 9 of the best psychological thrillers which will make you rethink on the fact that even if we are a family, we are still strangers to each one of us. The real monster lies always behind the people we think we know.

Ever since Marla survived the car accident, her life seems lost. She is still in doubt of knowing her real self and she is suffering from amnesia. She should trust her family but even they are lying which makes her think are they really her family in the first place? You would get lost in the pages when Marla tries to solve the puzzle of her life. During the journey she discovers that the real killers are just around us.

Young Brendan Bauer is raped by his professor and genius composer, Rolf Christensen. The accused later is found dead with all eyes on Bauer. Then comes Bauer’s teacher, Maggie Blackburn who is convinced that there is someone else who has done this just at the right time to put the victim card on Bauer. The book reveals dark secrets and histories that is worth your read.

A friendship of Sandy, David and Peter that began with blood and lots of blood when they committed a horrible crime. Five years down the lane, they reunite at a ski resort and the trip turns into a game of revenge. Mary Margaret comes in the group and the way she plans on to exploit can end the trio’s friendship in an instant. You might find it to be a bit familiar with The Secret History.

Cassie and her boyfriend, Graham are ready to be settled down in western Australia with their decent jobs on the farm. But as time gradually passes they rather feel uncomfortable and trapped. It feels like some invisible eyes are following them every moment.

Grace Dearden is beautiful, caring and loved by everyone. Her sudden kidnap makes her husband contact Alexandra O’Neill—a London attorney to investigate who did it from Norfolk community. Being a long time friend she decides to help in the case only to find out that its not only the Norfolk community but her marriage is also the main reason behind her kidnap.

Lane is another member of “Roanoke girls,”. Knowing the history of her generation she has two options of either vanish from family’s Kansas estate or run. After a good amount of struggle Lane gets the reason and she choose to escape too. But on the other hand her cousin Allegra disappeared which makes things more worrisome for her. You can call it as disturbing as you want to be because some people have also compared this with Flowers in the Attic.

Nurse Amelia is a deaf woman who has lost everything in life: her marriage, her family, her job—and her hearing. Amelia’s new life becomes more difficult when a nurse gets murdered in the neighboring wood. It is brand new with great emotional turnovers.

Do you share too much on social media? Caroline Kepnes’ amazing first effort will make you think twice before you do that again. Joe Goldberg spots Guinevere Beck at a New York bookstore and gets obsessed to know about her. He starts following her from her profile to his arms and then to her death.

A horror film director’s daughter is found dead in a warehouse. Scott McGrath comes in to investigate who suspects that it was foul play. As Scott with his partners go deep into the case, he finds out Cardova family’s association with things like black magic and the spine chilling secrets behind the fiction world they have developed in their films. A haunting New York Time best seller which can seriously f*** up your mind in so many ways.

If you haven’t read any of them, don’t miss and you will thank us later!