Freaked DISCOVER THE ART OF PUBLISHING
Home Horror Walk-in Style While Showing Who You Support in the Age-Old Debate of Freddy Vs. Jason 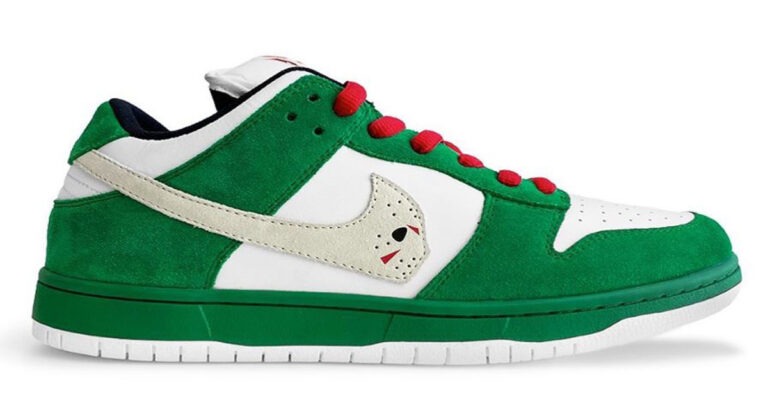 Fearsome Killers Collide – The Real Question, Who Walks Away… in Style? Could be you!

Freddy Vs. Jason. Who would win? This is a debate that existed long before the Director Ronny Yu’s 2003 horror throw down featuring Wes Craven’s Freddy Krueger taking on Victor Miller’s Jason Voorhees. Jason was released in theaters in 1980 with Freddy showing up four years later in 1984. Both characters, intended to be terrifying and remorseless killers, went on to do far more than just rip out the hearts of their victims – they also captured the hearts of their audience. This took some time of course, but over the decades both Freddy and Jason achieved celebrity status as characters. They grew to be more mascot than monster.

I can still remember sitting in class back in the 80s and 90s. Me and my friends, huddled around a desk, whispering a bit since it was a Catholic school, and such discussions of blood, guts, and gore (and our appreciation of these elements) could bring the wrath of a nun’s ruler. I could go into how real nuns are scarier than The Nun, but that’s a different topic for a different day. The discussions often came to, “who would win in a fight between…” Terminator or Robocop? Nope. The matchup of the century in our minds was Freddy Vs. Jason. We’d debate for hours.

Now in 2020, one quick visit to any “horror fan” Facebook group and you’ll find that this debate is still raging. Sure, the combatants change up from time to time, but the glove vs. the hockey mask could damn near be the symbol of this fight club, as Freddy and Jason are frequently pitted against each other. It would appear that the 2003 film did little to solve this age of conundrum.

But things are looking up – or should I say down, but in all the coolest ways!

Designer Warren Lotas is apparently whipping up some cool kicks that will let all us horror fans rep our preferred mangler of the 80’s on our feet. When the debates get too toxic, you can now walk away from the trolls while still showing them just who you know to be the real champion among the deranged and deformed masters of disaster.

Just check out Warren’s killer Instagram and you can see that he does a bit of everything in the realm of nouveau riche fashion trends – appealing brilliantly through style, nostalgia, and a self-aware, intentionally ironic kitsch flair that should impress both modern designers and influencers alike, while still giving the horror fans the shoes they deserve.

Warren is crafting shoes rocking a nuanced design featuring Jason’s mask integrated into the footwear, as well as Freddy’s colors worked into the overall aesthetic. That’s right, while Jason and Freddy aren’t going to sit down and break bread anytime soon, they are coming together to give fans a combined design for your feet that will make running through a boiler room or Camp Crystal Lake a true runway moment.

August 2nd You Can Try and Get a Pair

As you can see in the IG post above, Warren is crafting 2000 pairs of these awesome shoes and they go up for sale on August 2nd – just a few days from the writing of this very article. So check him on IG, show some love for the artistry, and maybe score yourself a pair of the most chilling and thrilling shoes you’ll find short of stealing Jason’s boots off his feet. No matter who you’re money is on in the unending debate of Freddy Vs. Jason – it’s not a gamble that you’ll look incredible in a pair of Warren Lotas’ horror-themed shoes – it’s a sure thing!