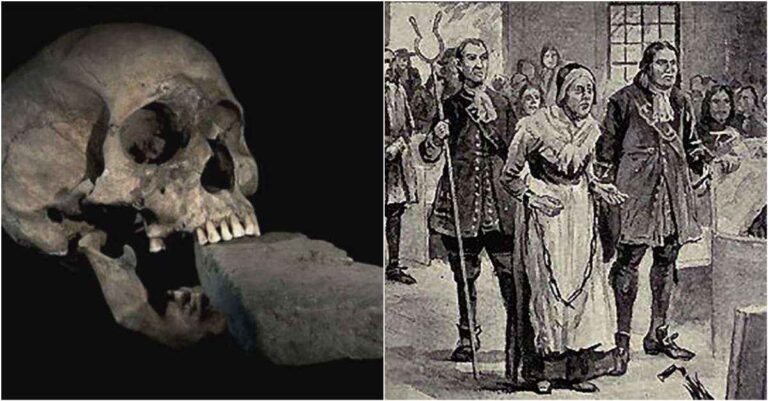 Whenever we talk about spirituality in the history of our civilizations, witches have been an integral part of it. We have been hearing their stories since forever now and if you believe it or not, but they have a certain impact on our culture.  With the chances of danger associated to them, people never wish to witness them by choice. But it’s a creation that is around us and who existence still has a lot of question marks.

But there have been some brave incidents in history where people buried the witches in their own way and a few of the most notable stories are mentioned below:

Salim Witch Trial began in 1692 and the most well know causality of that trial was Rebecca Nurse. The judgment passed was completely unfair and dissent. Quiet calmly she was taken to the gallows and was buried in the traditional grave of witches. After burying, her family which was sneaking came out in the dark and dug the grave. This was just to transfer her to a buried place near the homes of nurses. Most of the burial locations of Salim Witches are lost without any maintained evidence. But, the monument of Nurse’s grave is a reminder of how people responded to the fear of such creatures.

In North Israel a dead body of a 12,000 year old woman (believed to be a witch) was found recently in a tomb. Or it might be She-Shaman back from the days of Natufian civilization. Moreover, 50 complete tortoise shells, the pelvis of a leopard, the wing tip of a golden eagle, the tail of a cow, two marten skulls, the forearm of a wild boar and a human foot was also discovered by archeologists. Surprisingly, there were 10 heavy stones above her body which looked like to protect the body from something. However, the historians had the opposite story as they claimed it was done to trap the witch inside the grave.

The place with the most number of spiritual controversy in England from history is Rolling Stone in Warwickshire London. According to people the stones are basically the king of England himself and his people who were turned into stones by a witch. However back in 2015, a skeleton, which was later nicknamed as Rita of Rollright was found upon digging near the Rolling Stone by some archeologist. Some then placed a speculation of the truth behind any such thing by the dead body found 1400 years ago with bronze vessel, a piece of amethyst, a bead of amber and a spindle whorl indicating she was a Saxon spiritual woman of high status.

This odd grave is from 16th century which was later discovered in 2006 with woman buried with a brick forced into her mouth. This was a way to stop the supernatural disease by witches back then. The woman was believed to be 60-70 years old from the research done by scientists. From the age it was perceived that may be the woman was exposed to witch craft for the sake of living longer an cheat death because the maximum a woman could ever live in that time was only 40 years.

It was claimed in 18th Century’s Scotland that Lilias Adie knew witchcraft. She was pressurized from her home to confess in church and later she died in prison before anyone could sentence or burn her. Adrial’s burial was also different as she got buried on a shore under a muddy sand unlike other witches. A stone was placed over her body in a way that only her skull remained and rest all was drown in the sea. Opposite to this, a theory state that it was tradition to bury at shore so it shouldn’t disturb anyone on the ground at that time and Adie actually killed herself in the prison.

#6 The Witches of Tuscany

A very interesting 800 years old graveside in Tuscany, Italy is believed to be a grave yard of witches by archaeologists. In those shallow graves they discovered two women with thirteen nails stuck into the jaws. The reason is unknown but the suspects claim that it was to stop the dead witch to curse again and become alive.

In Lancashire England lies an unusual grave of the witch Meg Shelton. The Witch of Woodplumpton and the Fylde Hag died in 1705. This might look like a normal burial, but it is odder than it looks and has a very weird story. She was killed by fellows in her village when they came to know about her witch craft. She got buried vertically with her head in the ground. This was just to make sure that even if she tries to run away, it will be to the wrong way. They then closed it with a large stone as well. The stone is placed at churchyard of St. Anne’s Church with a warning that Witch of Woodplumpton is buried under your feet.