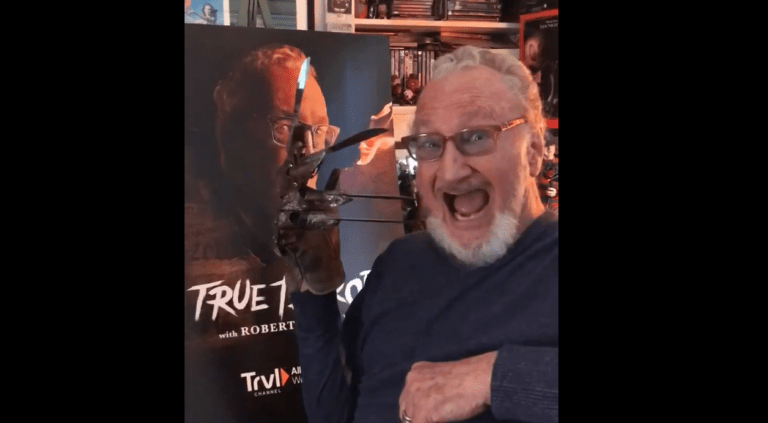 As COVID-19 spreads from people not following simple safety procedures like washing your hands and keeping your distance from others where possible, Robert Englund has joined the list of actual genuine celebrities trying to raise awareness and encourage people to follow guidelines.

Englund joins the likes of The Cornetto Trilogy’s Simon Pegg and Nick Frost who produced ‘The Plan‘ which is a nice little throwback to their Shaun Of The Dead days.

“This nightmare will end, take care of yourself”, types Englund as his short twitter video goes on to ask people to be safe, stay at home and to wash their hands.

Englund then goes on to transform himself into Freddy Krueger in spectacular fashion as he brandishes his signature bladed glove and the terrifyingly unforgettable Freddy laugh breaks out.

“Wear Your Glove” he says before he mimics a throat cut and the video ends, emphasizing one of the most important rules of protecting yourself from the virus.

We feel that it’s incredibly important that influential figures such as Englund release videos such as this as it connects with audiences across the globe in a very genuine way, unlike other celebrities who are clearly just looking for attention.

In either case, you better do as he says or Freddy might just be coming for you tonight as well…