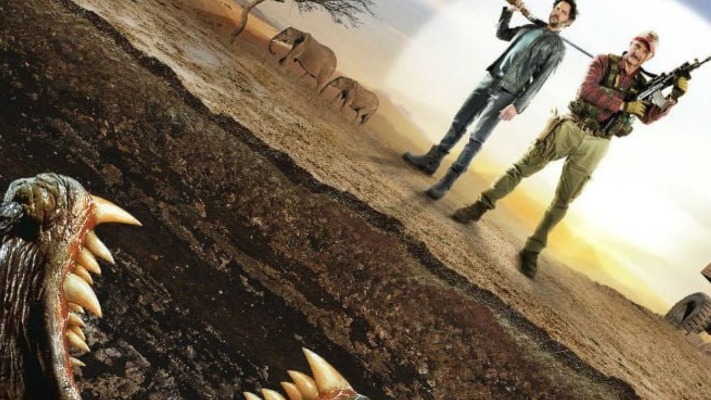 Horror fans rejoice! Netflix has given us a tremendous treat to kick-off 2020. The streaming service has added the five missing “Tremors” films to accompany the sixth installment of the series, “TREMORS: A COLD DAY IN HELL,” which has been available on Netflix for some time now.

Now, Netflix has added “TREMORS,” “TREMORS 2: AFTERSHOCKS,” “TREMORS 3: BACK TO PERFECTION,” “TREMORS 4: THE LEGEND BEGINS,” and “TREMORS 5: BLOODLINE.” For those of you unfamiliar with the franchise, the original film was directed by Ron Underwood from the screenplay penned by Brent Maddock and S. S. Wilson. It was also produced by Maddock and Wilson, as well as Gale Anne Hurd.

The 1990 classic also features a great cast with Kevin Bacon, Fred Ward, Finn Carter, Michael Gross, and Reba McEntire. The original film’s official description and trailer can be seen below:

“Repairmen Val McKee (Kevin Bacon) and Earl Bassett (Fred Ward) who are tired of their dull lives in the small desert town of Perfection, Nev. But just as the two try to skip town, they happen upon a series of mysterious deaths and a concerned seismologist (Finn Carter) studying unnatural readings below the ground. With the help of an eccentric couple (Reba McEntire, Michael Gross), the group fights for survival against giant, worm-like monsters hungry for human flesh.”