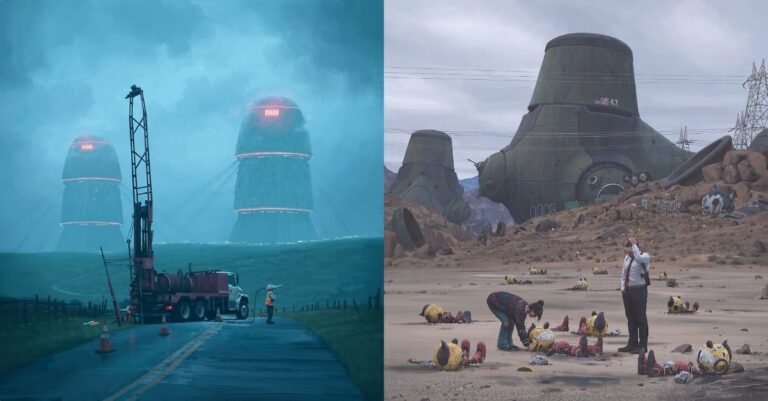 Let’s head back in time for a minute and think about the USA in 1997, minus all of the boy bands though and the USA looks post-apocalyptic instead of upbeat and happy. If you’re having a hard time imagining the USA like that, have no worries. In his latest installment of impressive art books, Simon Stålenhag transformed the USA into a post-apocalyptic look and the illustrations he created are truly stunning. They will make you think hard about the USA during the 90’s and try to remember if this really happened because that’s how real these images look.

Be sure to check out his tumblr, too! 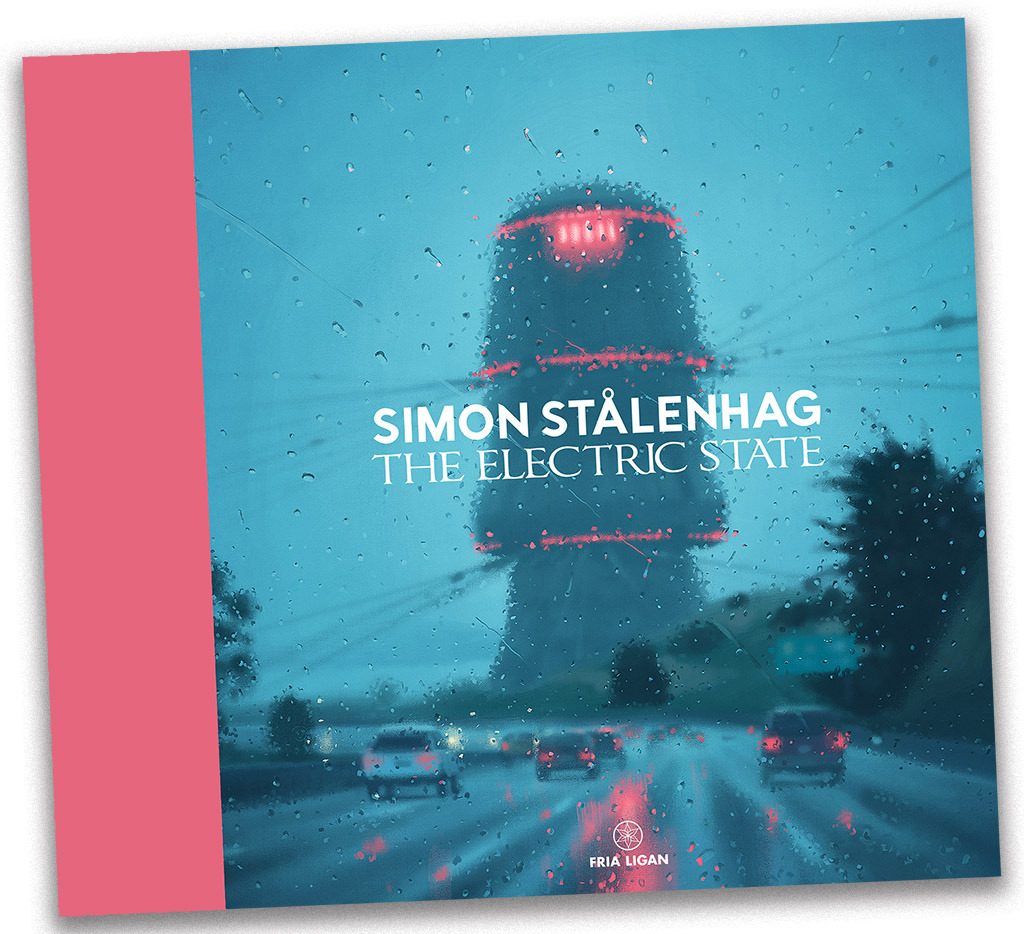 He calls this new installment The Electric State and bases it on a girl who ran away with her yellow toy robot. The adventures of this unlikely pair takes place on the West Coast as they travel through the aftermath of a major technological meltdown that resulted in a brutal warfare between monstrous “battle drones” and humans controlled by virtual reality helmets. This saga of the girl and her robot is dark and chilling and will leave you speechless. Stålenhag, who is from Stockholm, Sweden, recalls of this dark and ominous saga and says that the images look terrifyingly real.

Two of his other works that are as equally as amazing as The Electric State.

Two of his other works, Tales From the Loop and Things From The Flood are some of his most popular hits and The Electric State mirrors the detail he puts into his work. The images below almost look like they were taken from a 1990’s scrapbook because of the attention of detail being so great. The Electric State had over 5,000 fans contributing to support the book’s development on Kickstarter and has had over $300,000 in donations. The physical hardcopy of the book is going to be released in December 2017 and includes texts written by Stålenhag that explain each photo. Take a look at the images below and get ready to have your mind blown!

An image of the girl walking with her toy robot. 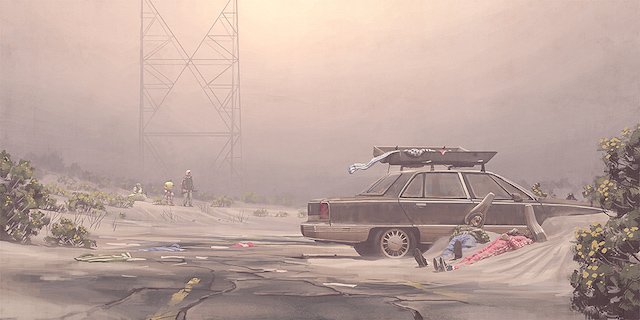 An image from The Electric State. 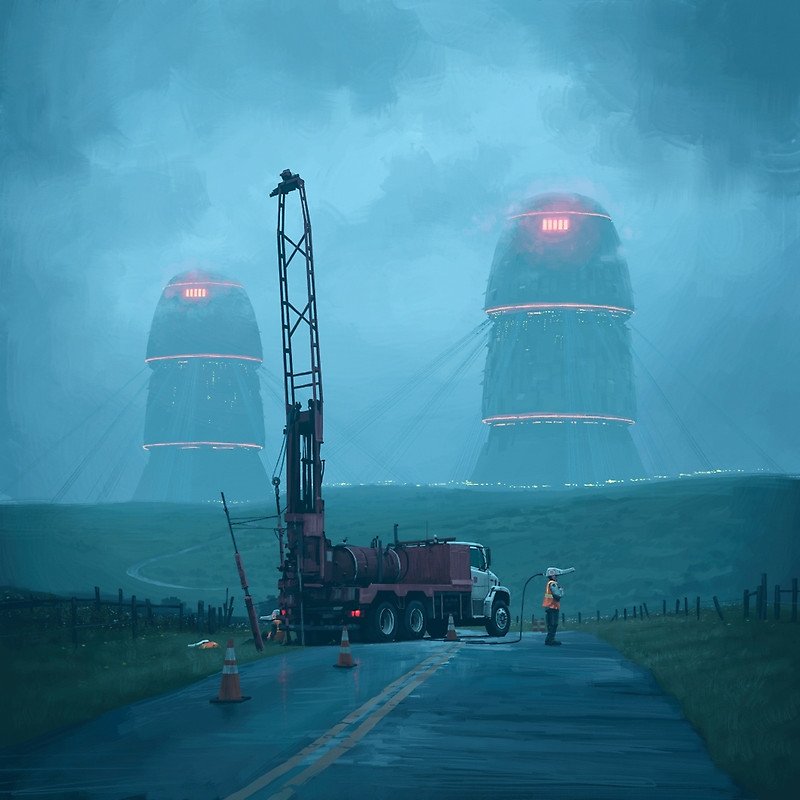 A car driving down a road with a ship in front of them. 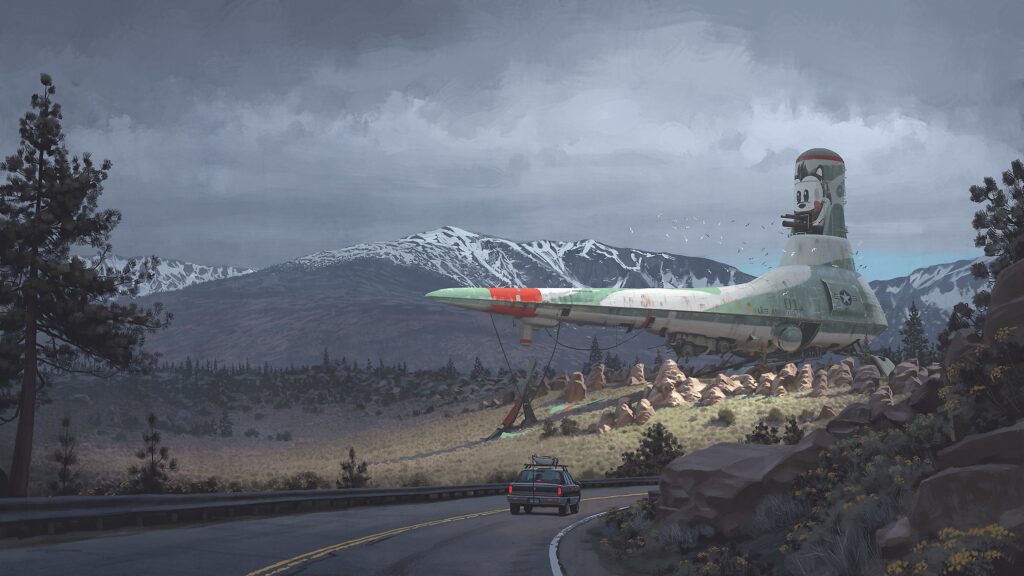 The girl and her robot exploring a wasteland. 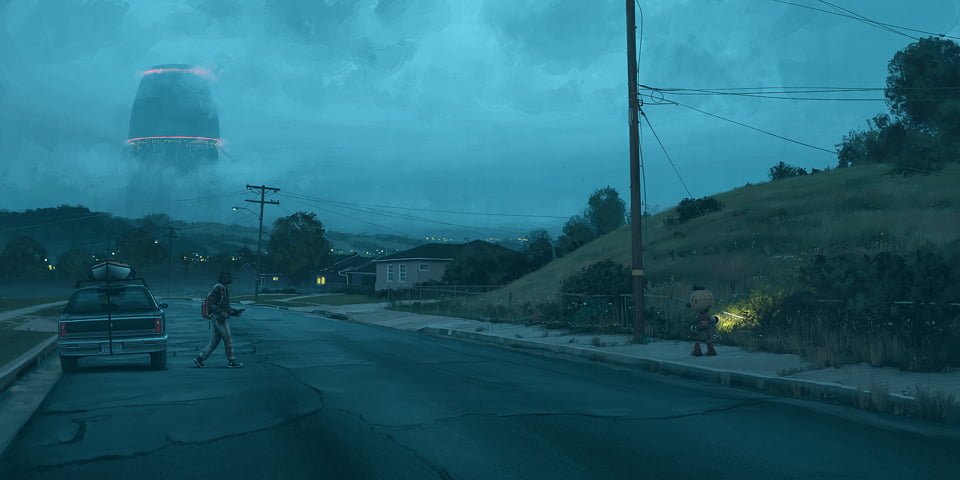 Image via: The Awesomer

One of the machines in The Electric State. 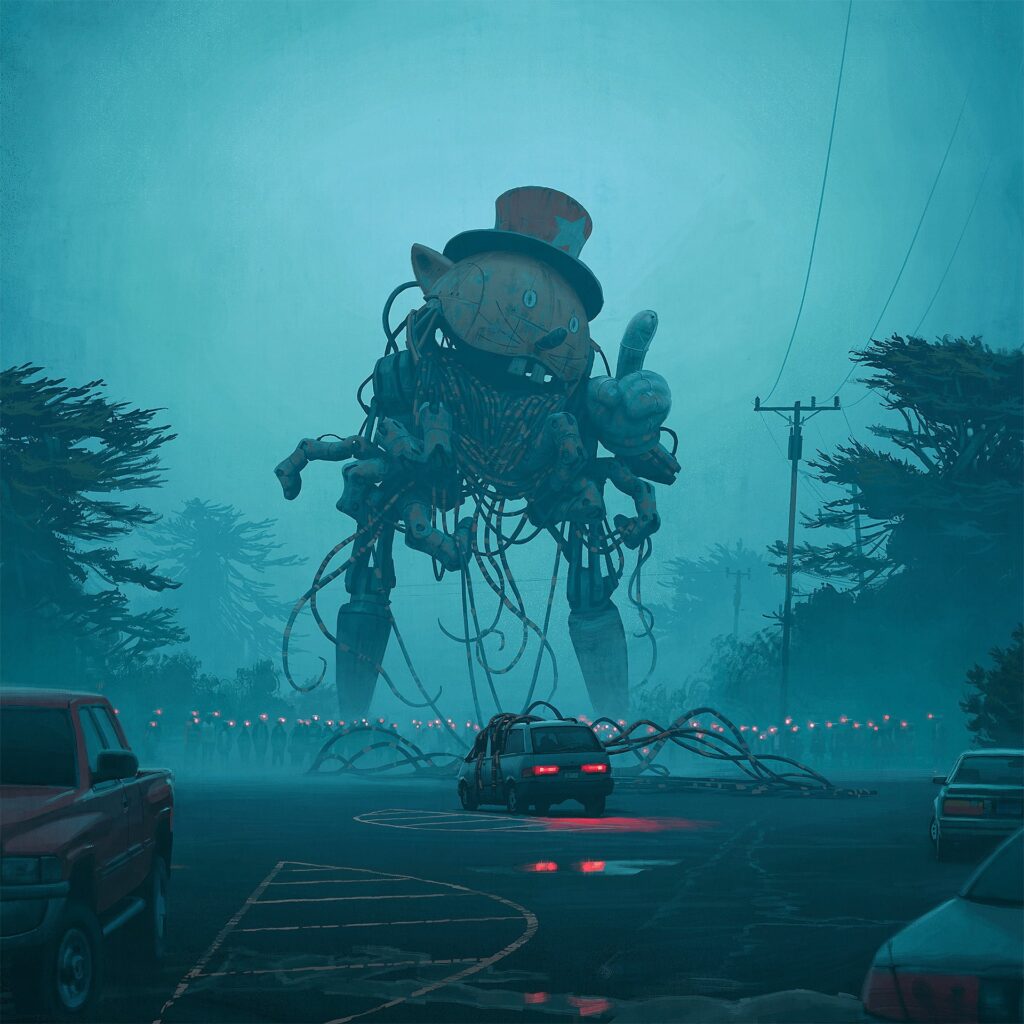 A machine on top of a highway. 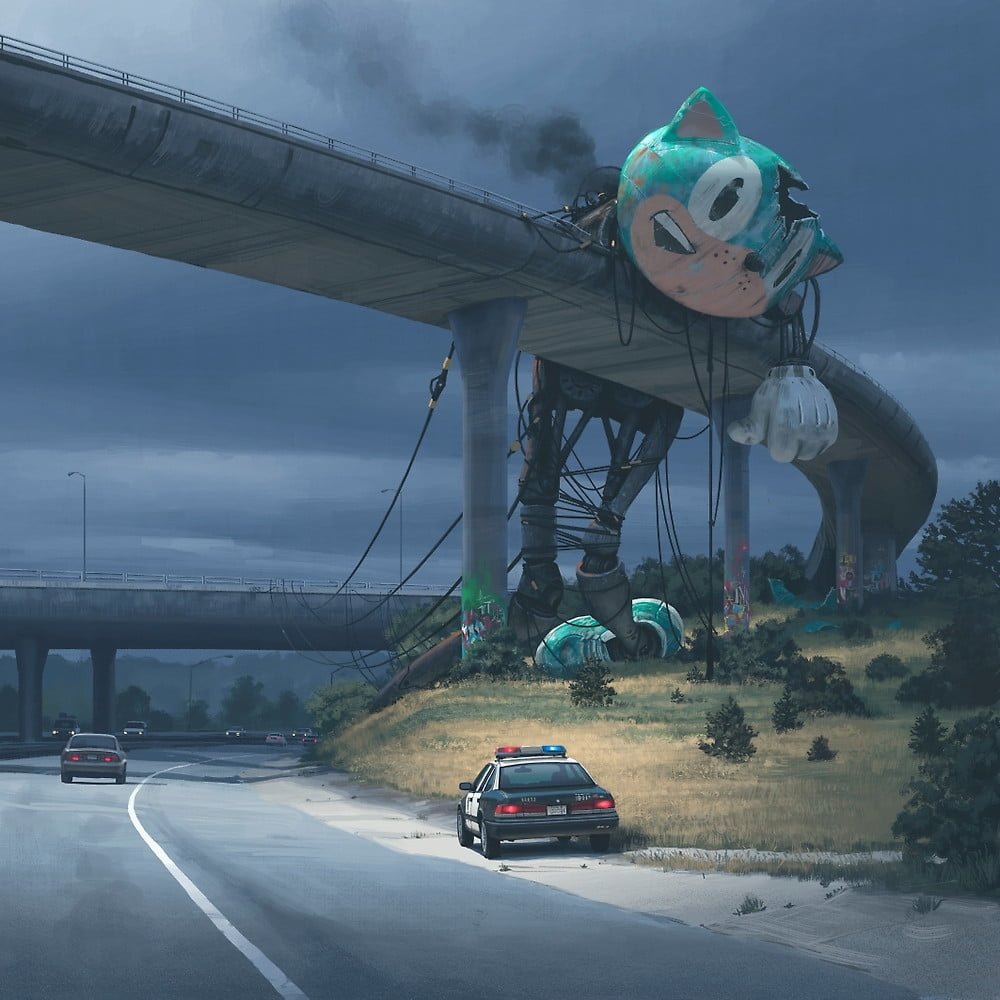 A girl with a man and her toy robot in a wasteland. 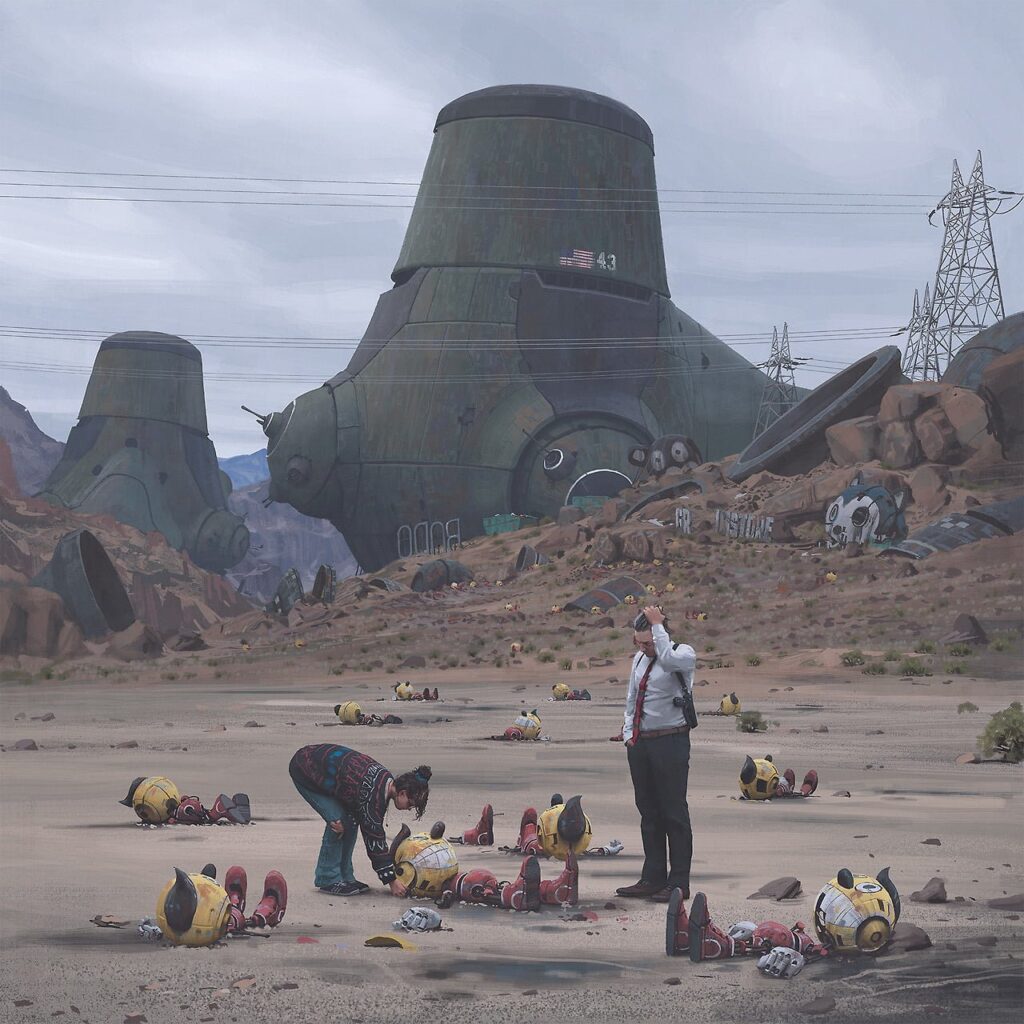 The virtual helmets humans walked around with.

Check out Simon’s official website here to see more of his books and illustrations. Make sure you mark your calendars for the release of The Electric State! Based off of these images, this book is going to be one bone chilling tale and will leave you wanting more!