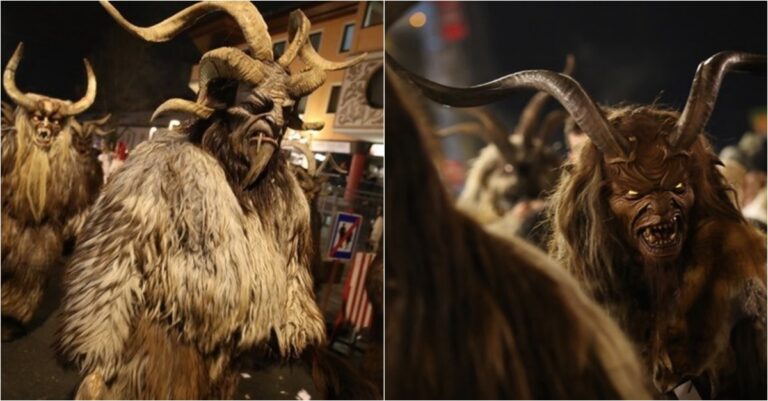 When the Christmas season dawns on us, it is indeed the most magical time of the year. From the sweaters to the cookies and carols, the festivity of Christmas always blows through the roof. However, at one point it all gets a little too much, and one cannot stand the sickly sweet aura of the entire tradition. This is where Krampus comes in; cutting through the sugar like a much-needed splash of black coffee.

“Say cheese and whatever you do, don’t turn around.”

For those of you who are not aware of who this famous Christmas icon is, Krampus originates from Alpine countries, such as Austria and Slovakia. Prevalent in pre-Christian traditions, Krampus is St. Nicholas’ half-goat, half-devil frenemy who is renowned for picking up naughty children and stowing them into his sack and hitting them with sticks.

During the 30’s, Krampus was banned. However, lately, he has enjoyed a massive resurgence which has spread far and wide even beyond Austria. Getty photographer Sean Gallup was in Pongau, Austria, on the 6th of December alongside hundreds of actors who marched in the annual Krampus Parade. Some of the exciting photographs captured are shared below:

The Krampuses (or Krampusi?) Are Here, And They Are Pretty Awesome

These Masks Are Incredibly Detailed As Well As Horrifying

Surprisingly Enough, The Kids Love Every Moment Of It

Nothing Appears To Delight This Little Girl More

Some Children Are Even Excited About Donning Their Own Krampus Costumes 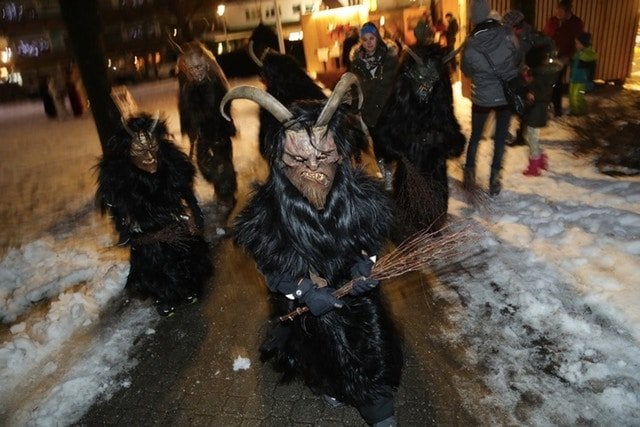 Who Could Think Half-Goat-Devil-Creature Could Be So Bashful In The Company Of Others?

Seeing How The Costumes Can Get Pretty Stuffy, These Actors Can Be Seen Taking In A Few Breaths Of Fresh Air Before The Parade Begins

An Angel and St. Nicholas Are Also There To Reward The Good Children That Krampus Does Not Steal

This Is One Show Where Krampus Steals The Limelight

While everyone emphasizes the absolute importance of letting the holiday cheer seep into your soul and bones, sometimes it is important to get in touch with your darker side. This is precisely why Krampus exists and frankly speaking; we are living for the Krampus Parade.

Aside from being an interesting cultural benchmark, Krampus helps us in letting ourselves loose and basking in a little darkness. For real though, does it get any more metal than this?