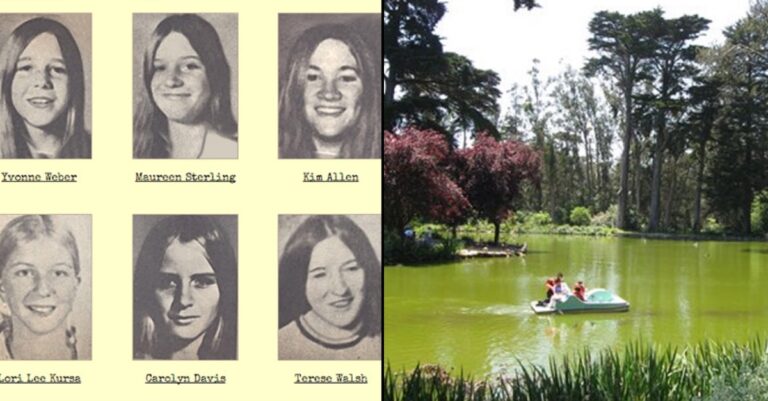 Cults and people who participate in them may appear as complete “wackos” to the rest of us. However, to themselves, their tendency to violence and the misguided causes they follow seem to make perfect sense. The scariest part is that any of us can easily be dragged into a cult and made to be one of them. One might think how it would be possible for anyone to perpetrate such unthinkable acts. The answer is that it is pretty easy.

The five crimes compiled on this list may have easily been committed by heartless criminals or even misguided fanatic. But, their strange and bizarre nature coupled with their ritualistic vibe will make you think twice. Is there an underlying occult involvement here?

In 1989, in rural Rupert, Idaho a baby was found dismembered, burned and disemboweled in a barrel. He was labelled Baby X. The primary suspects were Satanists but the local self-titled Satanists denied having any involvement. Neither could the child be identified nor any family members stepped forward to claim it. A nine-year old came forward and claimed to witness a ritual involving the burning and killing of a baby. His statement was inadmissible however, due to his troubled state of mind. His stories conflicted and were deemed not credible. Multiple theories surfaced including that of a mother possibly burning her dead child’s body who suffered from pneumonia. The baby was never identified and the killer was never found.

In Sept. 2001 in London, a young boy’s torso floated up from the Thames River. It was floating about for a complete week and no one could identify the body. When medically examined, it was concluded that the body was dismembered by a professional. A single cut removed the limbs. It was evident that the boy had been smuggled into the country and everything pointed to a ritual murder. Although of Nigerian descent, the medical examination proved that he had consumed German food prior to his death.

In 2002, Kingsley Ojo, a smuggler, was arrested in connection with the murder. Upon searching his apartment, a video titled ‘rituals’ emerged. It contained a human sacrifice implementing a ritualistic dissection. Although a bone, gold and sand mixture was found similar to that in the stomach of the unidentified child, no evidence existed to link Ojo to the dead child. He got off easy with charges of human trafficking. He received a sentence of four years and half and was soon deported to Nigeria. Years later, the body was finally identified as Patrick Erhabor. A caretaker who looked after the boy during his time in Germany was the one to make the identification. In regards to the ritualistic dissections, no one else was held accountable.

A popular individual amongst the people of Lower Quinton, England, Charles Watson was well known for his ability to communicate with animals. He would feed birds straight out of the palms of his hands and could be seen commanding wild animals verbally. In 1945, on Valentine’s Day, Walton met a ghastly end at the age of at the age of 74. His body was found with a pitchfork stabbing him to the ground, his throat cut and a cross etched into his chest. Of course, countless rumors were spread regarding his death. Some people believed that he was a witch who had cursed someone. In retaliation he was killed so the curse would break.

What made things even creepier was the discovery of a book called Folklore, Old Customs and Superstitions in Shakespearland. The book told the tale of a man by the name of Charles Walton who had passed away in 1865 subsequent to a ghost sighting. This resulted in many people believing that both the Waltons were the same individual and the case was closed. No one was held accountable for the murder and it remains a mystery to date.

In Feb. 1981 in the Golden Gate Park, San Fransisco, Leroy Carter Jr. was sleeping. The next day his body was found decapitated. In the space of the exposed neck cavity, a chicken head was stuffed. The odd nature of the killing led the police to request the insight of an occult expert in the investigation. The expert reached the conclusion that the murder was most likely in relation to a ritual of a dark magic sect of the Santeria religion: Palo Mayombe. The practice apparently makes use of a brew concocted from the brain of the victim as well as the ears or nose.

The expert suggested that once the ritual was over in 42 days, the head would show up. And sure enough, it did. No arrests were made and the victim’s death was never avenged.

A string of murders of hitchhikers took place in Feb. 1972. The first of these killings were those of two 13-year-olds who disappeared in Santa Rosa, California while hitchhiking. About a year later, their naked bodies were discovered. In the next two years, five more women’s bodies showed up in similar circumstances. Despite the fact that most of the bodies were decomposed by the time they were found, the police suspected foul play and sexual assault.

Ties to the occult were found once a square made out of twigs was found on one of the bodies – a witchcraft related artefact. Additionally, the killings occurred during the waning moon. Despite the fact that there were multiple suspected of the crimes, no one was arrested. During that time, both the Zodiac Killer and Ted Bundy were active, but neither was reported to be in the area or even claimed responsibility of the murders.

These bizarre and gory murders are still shrouded from the light of day. It is in unknown whether the killings were a random act committed by a troubled individual or if they were all part of a bigger occult ritual.