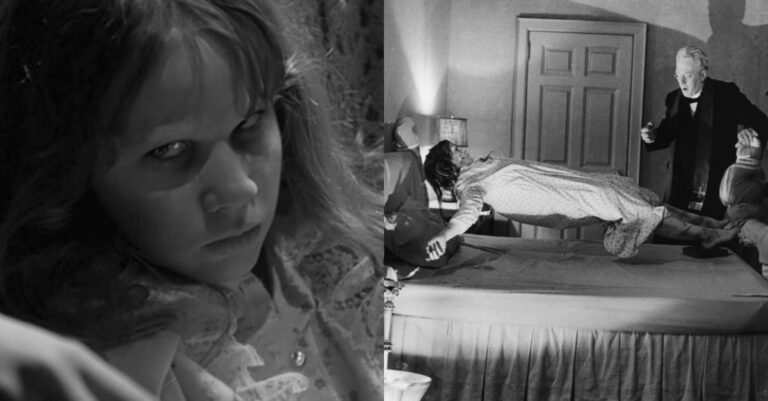 Some of the most terrifying scenes depicted in movies are demonic possessions. The mere idea that a paranormal being can seek refuge within the body and soul of a living human body is enough to give anyone a bad case of the shivers. Demonic possession does not stop at invading the human body. It goes forth to the possessed wreaking havoc into their lives and that of those around them.

If you are lucky enough, you would never have to deal with such a situation in real life. However, for those who are unlucky, harrowing tales exist of real life true demonic possessions. Five of the most disturbing ones have been documented below.

Perhaps the worst case of true demonic possessions is that of Anneliese Michel. The case was so ultimately horrifying that they later based a movie off of it: The Exorcism of Emily Rose.

Anneliese was only sixteen-years of age and throughout her life had a history of mental illnesses and epilepsy. In 1973, however, things took a sharp turn to the grim. She turned suicidal, consumed her own urine, chastised all religious artifacts and reported to hear “other-worldly” voices.

Refusing to eat, she firmly believed that she was a martyr for the devil. She underwent as many as seventy exorcisms. In the end, she passed away from starvation and emaciation.

You can listen to the chilling audio of Anneliese Michel being exorcised, below:

In South Africa during the early 1900s, Clara German Cele was a Christian missionary. Historical documents indicate that Clara used to pray to the Devil in an attempt to form a pact with it. It was only a few days later that she was overtaken by morbid impulses. Attempts at exorcising her ensued but were soon halted when Cele tried to strangle one of the priests.

Reports by fellow missionaries indicated that in the days that followed, Cele was seen to physically recoil at the sight of religious artifacts such as crucifixes. Surprisingly, she also instantly learned several new languages and was consistently ambivalent to those around her.

Her condition seemed to worsen and her behavior became far more alarming. She was observed to emit excruciating, animalistic noises and even on one occasion levitated five feet up in the air.

Julia And The Ruined Psychiatrist

Dr. Richard E. Gallagher, an associate professor and certified psychiatrist of clinical psychiatry at New York Medical College, accounted for a case of true demonic possessions in 2008. He witnessed on a first-hand basis, a patient named Julia speaking in tongues, levitating and possessing unreal knowledge of those around her.

His account of her sessions go as follows: “Periodically, in our presence, Julia would go into a trance state of a recurring nature. Mentally troubled individuals often ‘dissociate,’ but Julia’s trances were accompanied by an unusual phenomenon: Out of her mouth would come various threats, taunts and scatological language, phrases like ‘Leave her alone, you idiot,’ ‘She’s ours,’ ‘Leave, you imbecile priest,’ or just ‘Leave.’ The tone of this voice differed markedly from Julia’s own, and it varied, sometimes sounding guttural and vaguely masculine, at other points high pitched. Most of her comments during these ‘trances,’ or at the subsequent exorcisms, displayed a marked contempt for anything religious or sacred.”

The Brutal Murder And Michael Taylor

In the North of England near Wakefield, in the small town of Osset, Michael Taylor lived with and his wife, Christine. Both of them were highly religious. Prior to the mysterious events, Christine had a strong suspicion that her husband was involved with the local church leader. Although disputing her accusations, Taylor began acting oddly.

Erratic and out of character, he was reported to randomly spew obscenities at himself. As his condition appeared to worsen, spiritual leaders attempted an exorcism. It failed. In the following days he brutally killed his wife alongside the pet dog. Reports of witnesses’ state that, “He was found wandering the streets covered in blood.”

If you are a horror movie junkie, then chances are you have definitely heard of The Exorcist. What you will be surprised to hear is that it was based off of the true demonic possessions of Roland Doe.

Legend has it that in the late 1940s, Doe’s aunt introduced him to Ouija boards – a device well-known for use to contact dead spirits. Once his aunt passed away, Doe attempted to contact her by means of the board. And that was when the haunting stories began.

Soon after strange scratching sounds were heard reverberating in the rooms of his family home. The strange sounds were mostly those of dripping water. No one could identify the cause or source or these sounds. Soon after, religious artifacts hung in the house began to reverberate and catapult around the rooms. Unexplained footsteps were heard. The boy’s body soon started showing scratches unaccounted for. The marks on his body also included words that appeared to have been carved into his flesh. He spoke languages that no one could understand. His body would levitate and convulse in pain.

Upon being exorcised, witnesses present noted a sulfuric smell which lingered for days after.