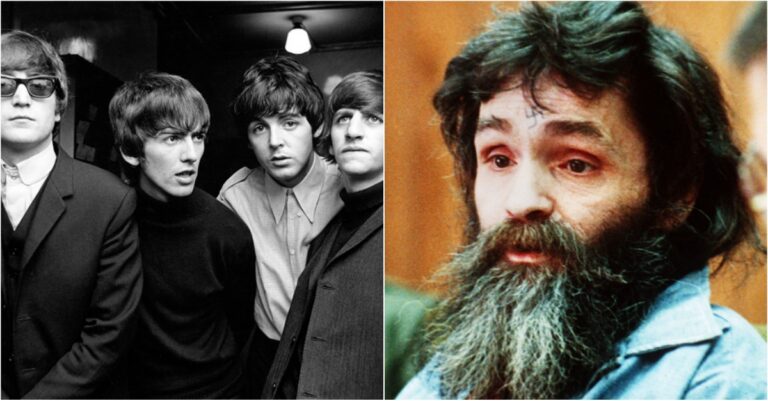 In light of the death of the most notorious cult leader, Charles Manson, we delved into his history and that of the Manson Family. Renowned for traits of madness and manipulation, the Manson Family left behind a bloody trail of infamy and murder. The following are 7 bizarre facts about the cult leader and those who followed in his wake.

Had the Manson Family not been caught and stopped when they were, the future would have been very bleak. They had a carefully selected group of celebrities such as Elizabeth Taylor, Frank Sinatra, Steve McQueen and Tom Jones whom they intended to get rid of.

Books, calendars, clocks and watches were not allowed in the Spahn Ranch. Manson Family members who suffered from eyesight issues were not allowed to wear glasses either. Charles encouraged them to “see the world around them” by means of their natural vision.

He Was Inspired By A Very Famous Book

Although it is well known that Manson followed in Hitler’s footsteps, there is another famous book that attributed to his manipulation techniques. Dale Carnegie’s book “How To Win Friends And Influence People” was avidly read by Manson during his earlier days in prison. He paid close attention to the parts detailing influencing others to “take ownership” of an idea.

Manson’s love for the Beatles was prominent. But, what a lot of people don’t know is that the Family were obsessed with the British Band as well. They even expected the Fab Four to five Charles a call when he was arrested. While being interviewed by the Rolling Stone, the female Family members demanded for the magazine to “tell them to call.”

There is no blood on Charles Manson’s hands. He would send the Family to do his bidding whenever there was blood or murder involved. Regardless, that does not mean he is innocent.

They Were Fiercely Loyal To The End

Ronald Hughes was representing Manson and one Family member named Leslie Van Houten during legal proceedings. Later, Hughes dropped Manson and stuck with Van Houten. He went missing in 1970 during a camping trip and his body was found in the woods, months later. Although the entire ordeal remains a mystery to date, it is believed that the Manson Family got rid of him for his evident betrayal to their leader.

There May Be As Many As 35 Victims

The Family was held accountable for the deaths of 8 people in the 1960s. However, experts speculate that there may have been a far greater number of deaths linked to them. The families of the deceased never pursued these accusations because by then the Family was already found guilty.

The legacy of Charles Manson and the Manson Family is nothing short of heinous, gruesome and downright unsettling. Easily the most infamous cult of all time, there is still so much to learn about the Family and Charles even decades after what they transpired.