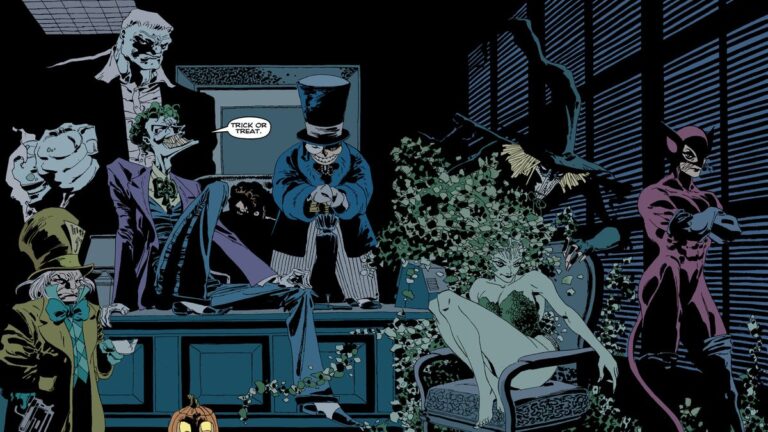 One of the most famed stories in the history of the Batman series is ‘Batman: The Long Halloween.’

Per a report from Revenge Of The Fans, DC Entertainment is working on a two-part animated film about the story. You can check out a brief synopsis of the book here:

“Christmas. St. Patrick’s Day. Easter. As the calendar’s days stack up, so do the bodies littered in the streets of Gotham City. A murderer is loose, killing only on holidays.

“The only man that can stop this fiend? The Dark Knight. In a mystery taking place during Batman’s early days of crime fighting, Batman: The Long Halloween is one of the greatest Dark Knight stories ever told.

“Working with District Attorney Harvey Dent and Lieutenant James Gordon, Batman races against the calendar as he tries to discover who Holiday is before he claims his next victim each month.

“A mystery that has the reader continually guessing the identity of the killer, this story also ties into the events that transform Harvey Dent into Batman’s deadly enemy, Two-Face.“

The report notes that the story will not take place in the mini universe DC is building at the moment. Instead, it will take place in the same worlds as The Death of Superman, Reign of The Superman, and others. Some of the voice cast has also been revealed. You can check out the names below, however, the characters the actors will be playing have yet to be confirmed: