Freaked DISCOVER THE ART OF PUBLISHING
Home Horror News CM Punk Stars In ‘Girl on the Third Floor’ Is being added to Netflix soon! 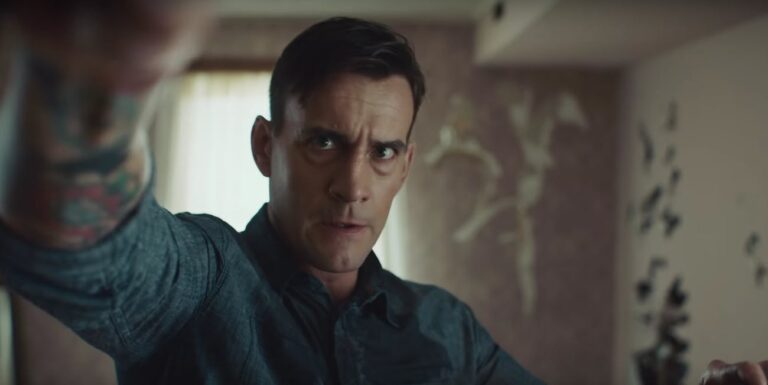 Girl on the Third Floor, which stars CM Punk (Phil Brooks), is fast approaching, with the chilling horror film set to terrorize us when it arrives on Netflix this February 22.

The movie follows a husband who is trying to right his previous wrongs, as seen below.

At the heart of the film is Don Koch (CM Punk), a man who is failing as a husband. For years he has skated by on charm and charisma, until it nearly landed him in jail. He now views fixing up an old house as a chance to make up for past mistakes. Meanwhile, his wife, Liz Koch, is concerned about the renovation timeline as they have a baby on the way. With all this pressure it’s no wonder Don responds to the flirtations of an attractive stranger. As Don tears the house apart, it begins to tear him apart as well, revealing the rot behind the drywall.
(via Rotten Tomatoes)

Girl on the Third Floor sees CM Punk make his debut on the big screen, with many rumors suggesting the ex-pro wrestler adapted well to his role.