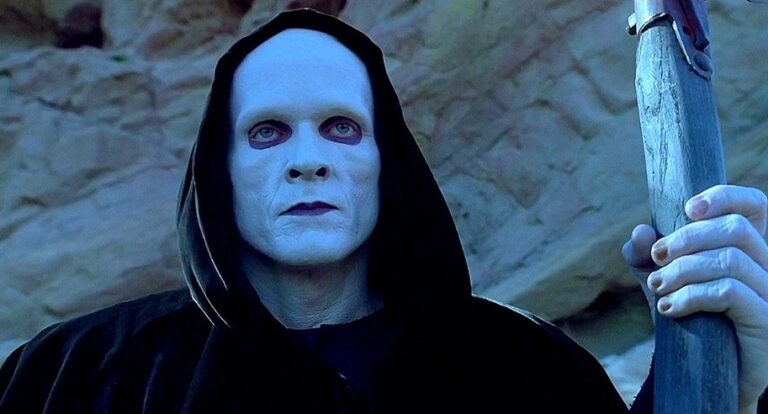 It was announced last week that Keanu Reeves (The Matrix) and Alex Winter ( Papers) will be coming back together for ‘Bill & Ted 3: Face the Music‘.

The Hammerstone Studios and Orion production will release next year. The film’s official Twitter account confirmed today (Mon. March 25, 2019) that William Sadler (Die Hard 2) will return to reprise his role of Death. He played the role in the 1991 sequel ‘Bill & Ted’s Bogus Journey.’

For those who have been asking, @Wm_Sadler will totally be reprising his role! pic.twitter.com/jPDZyseotu

“(Winter) and Theodore “Ted” Logan (Reeves). Yet to fulfill their rock and roll destiny, the now middle-aged best friends set out on a new adventure, when a visitor from the future warns them that only their song can save life as we know it and bring harmony to the universe.

“Along the way, they will be helped by their families, old friends a few music legends.”