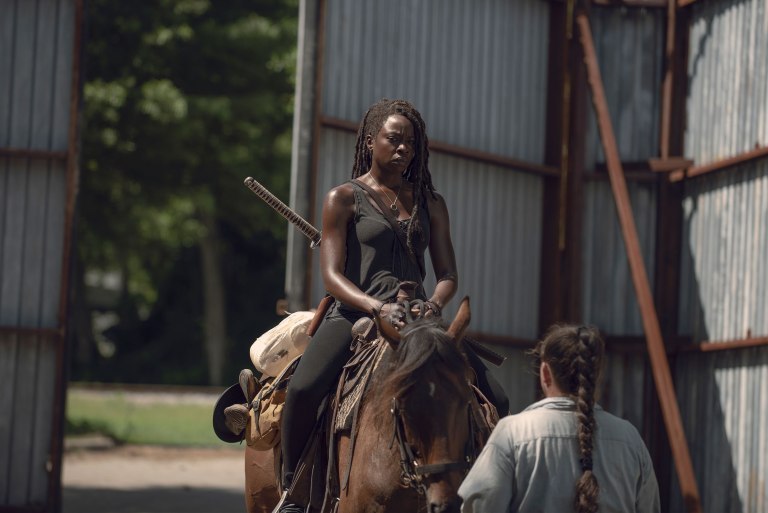 Another original cast member from ‘The Walking Dead’ is reportedly leaving the show.

The Hollywood Reporter is reporting that ‘Black Panther’ star Danai Gurira, who has portrayed Michonne for the past several years, will be suffering the same fate as Andrew Lincoln (Rick Grimes). Fellow longtime cast member Lauren Cohan (Maggie) also recently left the show. As the show’s ratings continue to decline, Gurira will depart after the 10th season:

“Sources tell The Hollywood Reporter that Gurira, who officially joined the series in season three as iconic katana-wielding badass Michonne, has signed a deal to return for her final season of the zombie drama.

“Under her new deal, Gurira will return in a limited capacity — described as only a handful of episodes — that will be interspersed throughout season 10.”

With ratings dropping, and fan-favorite characters ing to drop like flies, the future for the series, which arguably should’ve ended years ago, is not looking good at all. Season 10 of ‘The Walking Dead’ is scheduled to premiere on AMC in October 2019.