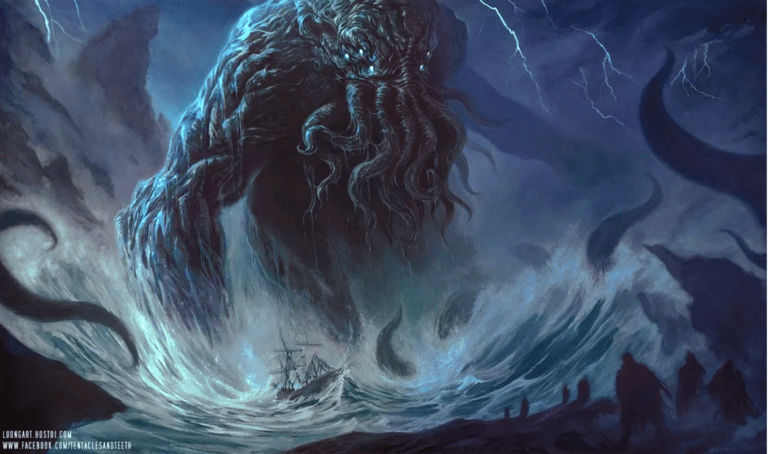 The creators of an RPG game based around the Cthulhu mythos created by H.P. Lovecraft have stood by their decision to call the famed author out as a racist after some criticised them for dragging ‘politics’ into their horror games.

Lovecraft, who was arguably one of the most influential horror writers of the past century has also long been exposed as a toe-curlingly unapologetic racist, guilty of holding and indeed committing to paper, some patently disgusting views, a fact that is often difficult for fans of his work and characters to reconcile with their love for the fictional worlds and beings he created.

In a reemergence of the common argument over whether an artist’s work can still be appreciated in spite of their personal beliefs or flaws, tabletop game producers Evil Hat productions decided that despite working with characters created by Lovecraft, they were not obligated to simply ignore or make excuses for his bigotry.

Instead the company chose to dedicate a page in a book for their game Fate of Cthulhu to underline their objections to Lovecraft’s abhorrent politics.

This choice to distance themselves from the views of an author whose work they were using caused some to react negatively, which in turn lead Evil Hat to respond in the clearest and most unambiguous terms possible, clarifying that “In Fate of Cthulhu we specifically pointed out the racism of HP Lovecraft because well, he was a racist m***********, and we couldn’t in good conscience ignore that”.

Stephen Blackmoore of Evil Hat went on to underline the value of Lovecraft’s work whilst also pointing out the debt owed to those who have run with his ideas and expanded upon them ‘Racist m*********** or not he sparked a world that has endured and grown by a lot of much better authors’.

Blackmoore also clarified the steps that critics of the company’s forthright stance could take if they felt that references to politics spoilt their enjoyment of the game, saying ““If you don’t like the politics included in our games, don’t buy them … We are committed to diversity and inclusive gaming.”

I take my Evil Hat off to you guys.