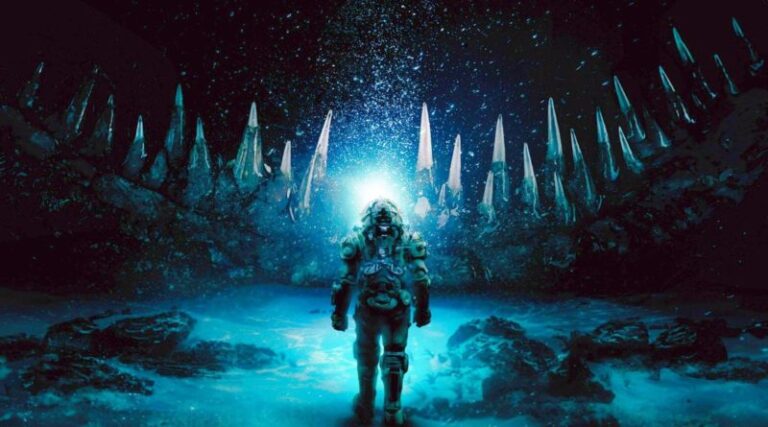 Horror fans have long waited for H.P. Lovecraft’s legendary creation to hit the big screen proper. Turns out, he already has, the movie folks just didn’t tell us. Until now..

Director of the new aquatic horror movie ‘Underwater’ William Eubank has confirmed that, as many horror fans suspected, the creature around which the film is built is none other than old tentacle face himself. Or at least a close approximation.

The film, which owes more than a small debt to predecessors like Alien and The Abyss, is built upon the premise that at the darkest depths of the ocean there are things waiting to be discovered. An idea that will be familiar to some readers of cosmic horror.

Speaking about the monster’s development Eubank highlights that plans for the creature’s appearance were initially somewhat sketchy, with it being written in the script as a ‘big whale-like creature’ initially referred to as ‘The Behemoth’.

However, once shooting of the more concrete elements were completed Eubank admits that he leapt at the opportunity to give one of Lovecraft’s best loved creatures some long overdue screen time “We were done shooting, but we obviously never shot the behemoth cause we were gonna do him later – I just basically was like … we were early enough in the design that was able to shift more to a mystical being. So that’s where we started going Lovecraftian. So I was like alright, ‘[We’re] making Cthulhu here“.

Due to the murky nature of the film’s setting at the bottom of the ocean and the director taking full advantage of that setting to provide only fleeting and suggestive glimpses of the monster, we only catch glimpses of the thing’s true shape and scale. However, there are a few elements that give away the thing’s Lovecraftian origins.

Whether it is the tentacled face or the wings described in the author’s tales, Eubank wanted us to be in no doubt that it was in fact ‘The Sleeper of R’lyeh’ that was down there. “You see his wings too – you definitely see Cthulhu’s wings”.