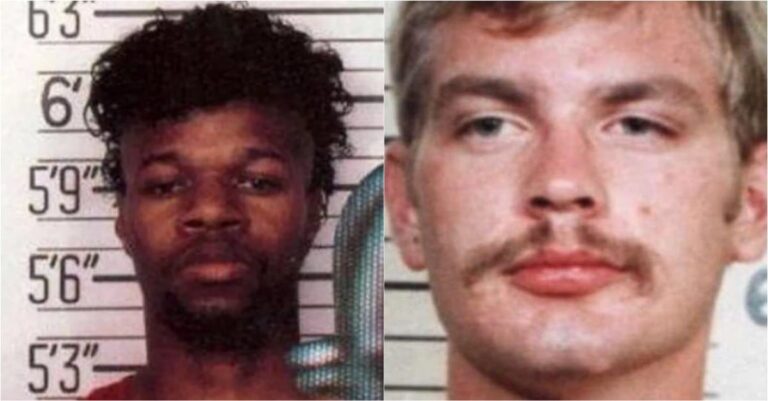 Every heard the saying ‘no publicity is bad publicity?’ Well that is kind of true criminals. While, yes people hate them and yet the notoriety of their horrific crimes are widespread. This fame however comes with a steep price. You’d want to keep a low profile at prison. However these criminals were famous for their crimes and it seems they paid the price.

While many criminals want the notoriety that gets attached with their names. Most of the times they are even more famous than celebrities since they are remembered for generations to come. And that is exactly what they want.

Gheoghan was a disgusting pedophile. He was accused of sexually abusing more than 130 children in 30 years and to top it all off, he was a priest. Thankfully, He was sentenced to nine years of jail time in 2002. He died soon after in 2003 by being stomped by a White Supremacist Joseph Druce.

Many people believe his murder was sanctioned by the officers.

You may have heard of Dahmer as he is one of the most infamous serial killer best known for his r***, murder and cannibalism of men. He reign of terror went on for quite a long time from 1978 to 1991. Once he got prosecuted, he was sent to solitary confinement. When he did get into the general area, there were many attempts on his life.

His death however came by a guy named Christopher Scarver who beat him to death. He also gave no reasons as to why he murdered Dahmer.

Biko was the founder of Black Consciousness Movement and in 1977 he was arrested as a terrorist by the South African police. He was being interrogated in prison although the interrogation methods were a little unusual since he was beaten until he was in a coma. Soon after he died of brain hemorrhage.

This monster was convicted because he had killed a 7-year-old child named Sean Williams. He was sentenced to a life in prison in 1994. In 2011 however, he was killed by one of the inmates. Although nobody has much information about the murder.

Bailey molested and killed at least 3 children between 1984 and 1985. He was actually in a gang of pedophiles who were also convicted. Bailey’s death was by the hands of Michael Cain and John Brookes who strangled him and made it look like a suicide.

Galanskov was best known as the Russian human rights activist and poet. He was sent to labor camp for seven years because of his writing. He did his best to advocate the right of his fellow inmates. However, when he started to suffer from bleeding ulcers. Nobody did anything and that directly led to a prisoner with no surgical experience operating on him.

This led to his untimely death.

Loeb, a law student from the University of Chicago and his partner Nathan Leopold wanted to commit the perfect crime. So they murdered Robert Frank in 1924. In 1936 James Day attacked him with a razor because apparently, Loeb had tried to sexually assault him. There was no evidence to back up his claim but it surprisingly still ruled as self defense.

Did any of these surprise you? Or do you think we missed some famous criminals? Comment on below and let us know!