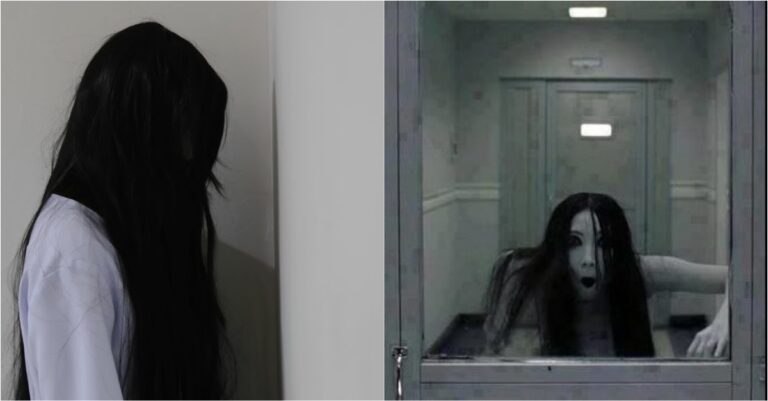 Ghost sightings appear in all corners of the world but most of the times it is hard to believe their authenticity. But, then again it all lies on the viewer to determine whether they want to believe in the sightings or not. Some of the most controversial sightings of ghosts recorded on video are collected below. See whether you trust them or not.

Back in August in New Mexico, a couple was enjoying dinner when a ghost was caught passing past their parking lot surveillance camera.

At the Stonehenge this unknown entity was spotted. Whether it was a ghost or an alien is entirely up for speculation.

On June 18, 2017, CCTV footage caught a young girl walking right into the road within oncoming cars. The cars swerving out of her way to not faze her and it appears as if she wants to get hit. Right before the second car reaches her, an apparition of a man appears in an instant, grabbing the girl out of harm’s way. Was it her dad?

Black Mist at the Magnolia Hotel

In Seguin, Texas, a video surfaced of black mist at the Magnolia Hotel coming through the “Campbell Room”.

My New Album is done and I can't wait until you hear it ❤️❤️❤️❤️???#Vancouver #Dari #English #MozhdahMusic pic.twitter.com/GZq187KEmP

An Afghanistan born singer, Mozhdah Jamalzadah, who currently resides in Canada, recently posted a ghost video in which she states the paranormal entity in question has been haunting her for months. The video shows the singer walking through her studio and all of a sudden an apparition of a woman can be seen over her shoulder.

Resident of Corpus Christi, Texas, Frank Ramirez, posted a video of his hotel room in Texas showing paranormal activity. Whether you believe if it is real or not, it is definitely scary.

Christine Di’Amore, YouTube star, spent a night at a house which is said to be haunted by Charles Manson’s victims. They were murdered in a house next door. In the video taken that night, someone can be heard saying: “Why are you in my bedroom?”

Woman Steps in Front of a Train

A CCTV footage showing a sari-clad woman stepping onto the platform and walking in front of a train. Although the train stops and people actively search for her, no signs of a woman can be found. The video has since been deleted.

Recorded on Twitter and documented on surveillance cameras are hauntings of a man who dreamt of a dead child called “Dear David”. A few nights later, he had another dream of a young girl who conveyed the message that “Dear David” could only be asked two questions. A third would lead to the man’s death.

These hauntings have led most people to acknowledge the existence of paranormal entities that live beside us in the real world. While many chose to believe that ghosts don’t exist, there is no other possible way to explain these sightings.