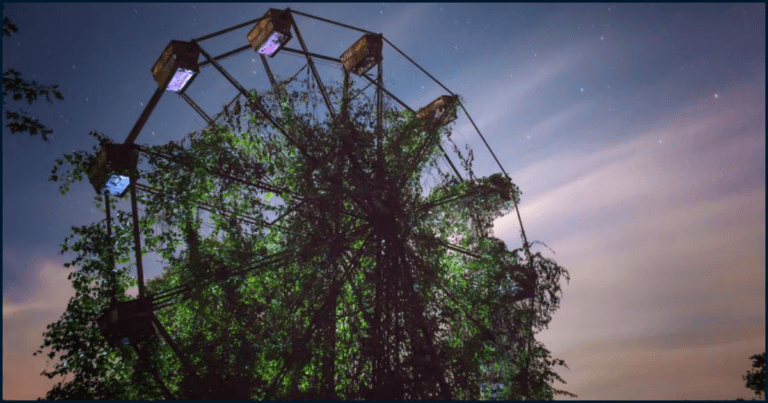 Rumor has it that this abandoned amusement park is one of the most terrifying and haunted parks currently residing in West Virginia, United States.

According to residents and people who have previously visited the mysterious park, countless unusual deaths occurred on the land pushing citizens into thinking the place is cursed.

More reports state that the owner was warned against building an amusement park after the place was thought to be haunted years prior, instead, the owner didn’t listen and despite it being a fun place to visit, more bad took place than good.

Now, the park has been closed for some time and left to decay. Unfortunately, people still turn up to the place in order to discover hauntings for themselves.

It is said that between 1927 when the park opened and 1966 when it finally closed. 6 people actually died at the Amusement Park.

There’ve been many ghost sightings on the land and despite its closing, visitors are still experiencing potentially sinister spirits.

Here of some more images of the abandon park.

If you want to delve deeper into the mystery that haunts the Lake Shawnee Amusement Park, check out this video down below.

Enjoy haunted places? When lockdown eventually passes, spending the night at the haunted Lizzie Borden house should be high on your bucket list of things to do. The mystery that surrounds the murder trial still floats around the very house the killings happened.

While you’re at home, however, you can virtually tour the Winchester haunted mansion from the safety and comfort of your own home.

Lastly, why not check out this incredibly insane haunted playhouse a father built for his children. Filled with scary skeletons and eerie lighting, this playhouse is what every kid wishes their treehouse was.

Did you enjoy the creepy viewing of the Lake Shawnee Amusement Park? How far up is this on your bucket list once self-isolation lifts? Who will you be visiting this haunted place with? Let us know your opinions in the comments.