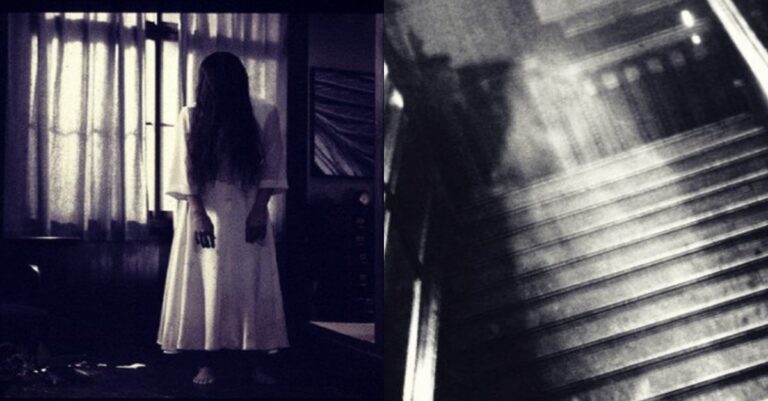 The female ghosts of the world have some of the most intricate stories behind their existence. Although more emphasis is generally placed on male ghosts and spirits, the females of the paranormal world need some recognition of their very own. Each story requires a separate entry into stories of the supernatural realm simply to pay homage to their terrifying and glorious nature.

Some of the fascinating specters of the world happen to be female ones. Read on to find out why.

The name of this Japanese ghost literally means “slit-mouthed woman.” As the name suggests, her mouth is slit from ear to ear. She hides the gruesome sight by wearing a surgical mask. Her history dates back to the Edo times where it is believed that a husband had cut his wife’s face open for committing adultery. After her death, her spirit lured innocent men and questioned them with “Am I pretty?” Those who responded in the affirmative had their faces slashed too and those who denied it were hunted down. Her legend resurfaced in 1979, in Nagasaki Prefecture, when she began targeting children. It is believed that vague responses, candy and a prior engagement will easily ward her off.

Dolley Madison, wife of President James Madison is credited for transforming Washington, D.C. into a cultural hub. She had a vibrant spirit and worked to form the judicious design of the White House. Even after her death, her diligence and work remained. Even her spirit works to keep the people safe and happy. One of the more famous encounters of her ghost was during Woodrow Wilson’s time in office when his wife Edith hired gardeners to uproot Dolley’s rose garden. However, the gardeners were all scared away. More residents of the White House claim to have spotted DolleyShe is generally seen in a rocking chair on the porch of the Cutts-Madison House.

The Spanish American and Mexican cultures believe in the legend of “The Weeping Woman” strongly. The tale goes along the lines of a woman named Maria who drowns her children in revenge after finding out her husband was leaving her for someone younger. Then she feels guilty for her crimes and drowns herself, too. She is then doomed to forever dwell the Earth in search of her dead children. The tale is used to scare children to stop them from walking out at night. Some people even believe that hearing La Llorona’s cry “Where are my children?” will die.

There are multiple stories of ghostly women who don white. The white lady of Medieval England, the suicidal ghost in the tower of Scotland, the vanishing white lady hitchhiker in the United States and more tales from Portugal and the Philippines. Most people that white lady ghosts are always stuck between both worlds, eternally searching for their loved ones, not unlike La Llorona.

Bloody Mary is a phantom that only appears if one stares in a mirror and calls out for her thrice. Currently, Bloody Mary is identified as a murder victim. Whether she is Mary I, Queen of England, who had been damned for persecution of Protestants or a witch who was killed in the Salem trials, no one knows. She is not a ghost to be trifled with. She is capable of foretelling the future, attacking her victims and has extremes from being benign to being downright malevolent.

Tales of grey ladies are far less common than those in white. Examples of such ghosts is Dorothy Beaumont of Dudley Castle in Britain who passed away during childbirth to a stillborn daughter. Her spirit still lingers on today calling out to her dead daughter and the husband she left behind. The Grey Lady of Fyvie Castle nearby Scotland, made her appearance in the 1920s after the 13th-century tomb of Lady Meldrum was unearthed. The Grey Lady of Fort Saint Angelo in Birgu, Malta, is another sensational tale. She Her lover’s guards killed her after he feared that she would reveal their affair. She used to be hostile but over time that changed and she spectacularly saved soldiers’ lives in World War II.

The Red Lady of Huntingdon College

In Tuskegee, Alabama, in the 1800s a woman in a crimson gown was known to walk through the walls of the college’s campus. A modern twist on the story speaks of a shy girl who moved to Huntingdon’s new campus in Montgomery from New York City according to her father’s wishes. She moved into Pratt Hall and brought along red clothes, curtains and a crimson bedspread. Her shyness was mistaken for disdain and she was shunned. This led her to wander the empty hallways at night, draped in her crimson bedspread. After she took her own life, her spirit wanders the halls of the Department of Education & Psychology. She frequently creates red flashes and opens doors to remind others of her presence.

Sister Marie Inconnue is another famous ghost who dwells in Canada’s French Fort Cove in Miramichi, New Brunswick. The history of the nun differs from place to place but it all ends the same way. In one of the more popular tales, she was an 18th-century noble. A mad trapper killed her and ran off to the woods, stealing her head with him. According to legend, her spirit will remain restless until she finds her head and completes her body.

In Adams, Tennessee, the Bell family was terrorized by the spirit of a woman named Kate Batts from 1817 to 1821. While Batts was still alive she had a land dispute with the Bells. Their story inspired the popular Blair Witch Project. Father John Sr. at the start witnessed a strange dog with a rabbit head which he shot. Soon the whole family started experiencing odd premonitions, voices and visions. It escalated to physical harm and apparitions. It was clear that the entity was after the father. It even claimed responsibility for his death by poisoning. The spirit left after pursuing Betsy but experiencing being ignored.

The Brown Lady of Raynham Hall

Lady Dorothy, sister to Prime Minister Robert Walpole and wife of Viscount Charles Townshend makes one of the most famous female ghosts. In her country house of Raynham Hall in Norfolk, England, she did not enjoy a peaceful life due to her husband’s anger issues. Often times she was confined within the rooms. She died of smallpox in 1726. A century later her ghost was seen in Christmas festivals in her signature brown brocade dress. One year later Captain Frederick Marrat requested to stay in her haunted rooms. She appeared before him to mock him. The appearance caused him to shoot her spirit in the face this resulted in her disappearance till 1926. She gained fame in 1936 when she was captured in photographs of Country Life magazine. Ever since, she has scarcely ever made an appearance.

During the Great Depression, Jenny led a tough life. She took odd jobs to make ends meet and was living in one of the multiple abandoned shed of Baltimore & Ohio Railroad. One day a stray spark from the fireplace lit her woolen skirt and she ran out screaming for help. She reached the nearby train station to seek help and blinded by the flames she missed the oncoming train which mowed her down. On her death anniversary, every year her spirit is regularly spotted in the shape of a screaming ball of fire.

The major focus on specters happens to center on male ones. However, the stories behind the female ones are far more intricate, entertaining and tell a tale of suffering. In a society dominated by males, it is important to at least give ladies their due respect – even if it happens to be after their death.