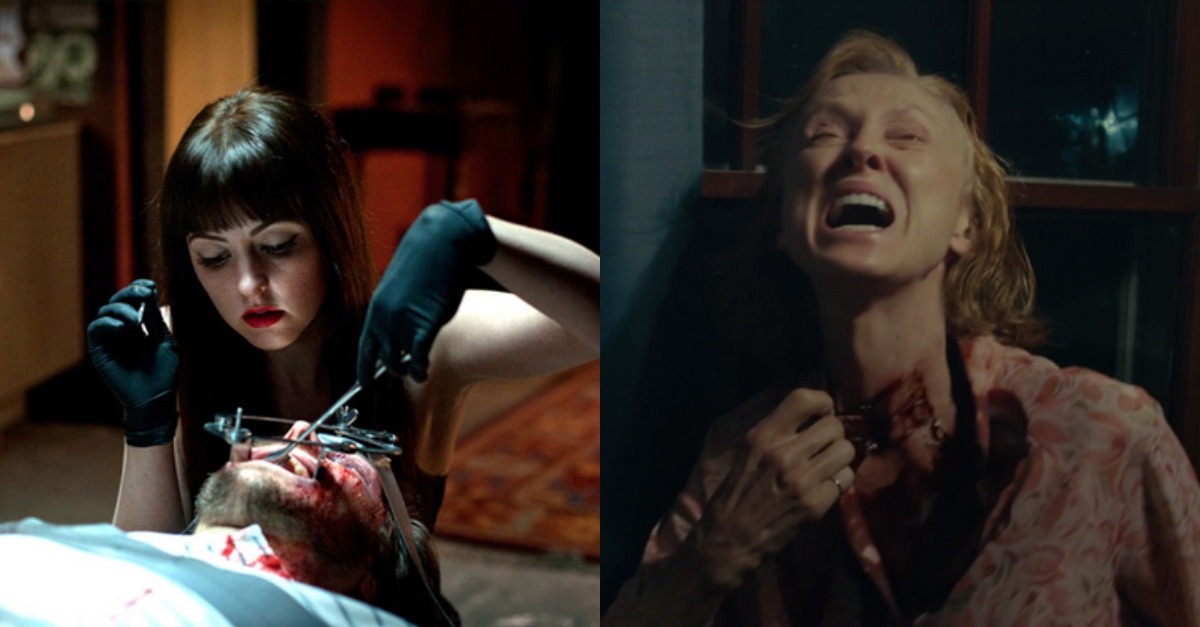 Netflix and Chill is a phenomenon that had rapidly spread over the past year. The idea of Netflix is attached to that of fun and love and even a tough of naughtiness. But what if I told you there is a far more gruesome side to that idea? The following most disturbing horror movies on Netflix will make you reconsider your next Netflix and Chill date. Do you dare watch them?

A sequel to the original film, Human Centipede First Sequence, a depraved young boy seeks to fulfill the desire to create the biggest human centipede. The cult horror film is depressingly dark and gruesome in all aspects of shocking horror.

The film discusses young girls who are prostituted off to the military. Angel, the main character, has her closet friend murdered and she seeks a brutal and deliberate revenge. Chockfull of disturbing scenes, it is not a watch for the weak of heart. Sexual trafficking at its ugliest!

The horror thriller film tells the story of a man who travels into the world of Eden Parish in an attempt to find his lost sister. Followed by a filming news crew, unsettling footage of a dangerous fanatic from the land of paradise emerge. He is hell bent on maintaining an iron clad grip on all his followers.

Disturbing Content: The film is based on a real story

The Taking of Deborah Logan

Deborah, an elderly woman fighting Alzheimer’s agrees to have a film crew record her daily life experiences. Mia documents the old lady alongside her daughter, Sarah, as a thesis project. As the days progress, it becomes apparent that something far more sinister has taken hold of Deborah.

Disturbing Content: An up-close and personal portrayal of dementia

The mutilated body of six-year old Angela emerges by the waterhole and her mother is stunned to learn of the horrific murder. Five years down the line, the devastated and depressed mother receives a phone call from Angela – a plea for help. The film narrates the story of a mother spiraling into madness in her search for her daughter back from the dead.

A sleepwalking bride ventures into the woods on her honeymoon, stumbling across a secluded cabin. She returns soon after, looking exactly the same. However, something about her is terribly different.

In a craze to earn easy money, a medical student dwells into the world of underground surgery. Her freaky clients aside, she is left more scarred than any of her patients.

After being raped, a woman discovers that she has contracted a horrifying sexually transmitted disease. Downright sick, it is not your average one-night stand.

Netflix continues to surprise with its diverse content. Definitely not a choice for your next “Netflix and Chill” date, the most disturbing horror movies on Netflix will leave you wondering if you event want a date at all. Unless you have a taste for gore, murder and sexual perversion, these films are best left unwatched. Make sure the kids don’t get their hands on these.