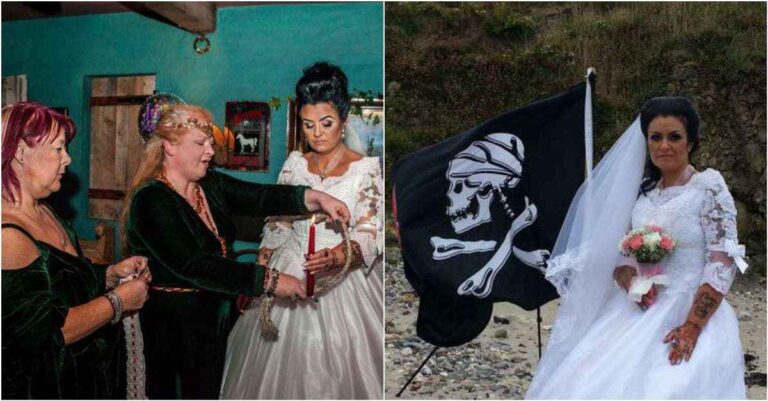 Love can be hard to find.

Especially in the modern ages. I mean in the old days, you would just look at someone once and you would practically be married. (As you can tell, I’m no history buff.) Well, Whatever happened in the old days, it was surely not this hard.

But one woman has a solution. If you have been coasting through life with no real connection with anyone. It might be time to look elsewhere and by elsewhere I mean behind the veil that separates humans and spirits.

She even hired a spiritual medium to say ‘I do’ in the place of her husband and had to travel overseas for the marriage. Because surprisingly, this kind of marriage is not allowed in most countries. Following is her story in her own words:

He is my soul-mate. I am so happy, it is the perfect kind of relationship for me. There are a lot of people out there who don’t know about spiritual relationships, but it could be right for them – I want to get the message out there.

We became really close, the more I learned about him, the more I liked him. One day he said to me ‘We can actually be together you know’ but I had never heard of an intimate relationship between a spirit and a human before.

She also says that he looks a lot like Johnny Depp.

I did some research and found out that it is a real thing and there are lots of people in spiritual relationships, but not many people like to talk about it. He is black, so he is not the same color as Johnny Depp, but he is dark skinned and has very dark jet-black hair, so he tells me.

Having lived hundreds of years ago, the world Jack lived in is very different to the one he sees today. But Amanda says he is fascinated by modern technology, especially mobiles phones and tablets, and he likes trying to switch them on and off.

I have always had a real fascination with his era, I like a lot of the stuff from that time. And there is a lot about the modern world that he likes. I am very 1700s and he is quite modern, so it balances out. I told him I wasn’t really cool with having casual s** with a spirit and I wanted us to make a proper commitment to each other.

So Jack apparently proposed to her.

She of course said yes.

If I am going to be in a long-term relationship with somebody I have the right to be married. I wanted the big traditional wedding with the white dress, it was very important to me. So, I told him I didn’t want him to see the dress before the wedding but if he had a cheeky sneak peak while I was trying it on, I wouldn’t know.

I don’t know where he is or when he is around most of the time – it is hard to keep secrets from him. Obviously I can’t speak for him but there has to be verbal consent from both people. If I gave consent on his behalf it would put a question mark over the authenticity of the marriage, so we had an independent medium to speak for Jack.

It is well known that people often feel a spirit touch their hands, their face or their hair. The only difference with having a sexual relationship with a spirit is obviously that sense of touch goes a lot deeper. You can feel the weight of the spirit, their touch, the pressure.

You can literally feel the physical act of what the spirit is doing to you, and the spirit can feel it too. For me, it is much more about a spiritual and emotional connection than it is about the physical looks and the physical body.

She even had a pregnancy scare even though spirits and humans can’t have a child together.

Shortly after we got married, my periods stopped. I did a couple of pregnancy tests and they came back positive – I was shocked! I did not think I had to worry about birth control when having s** with a spirit.

On further tests it turns out it was the start of the menopause, and sometimes you can get high HPG readings – what a relief that was. He can’t eat or drink, but he can sense it through me, it is called ’embodiment’.

I can order Jack a drink and allow him to feel it through me, or he can taste my food. We get each other Christmas and birthday presents. Obviously he doesn’t physically buy them – it has mostly been through one particular daughter.

Although she is not a medium, she often has dreams and premonitions and usually coming up to a birthday or Christmas, she will have a dream of him and he will say what he wants to buy me. So last Christmas as an example, he had told her that he wanted to buy me a coffee maker, and it cost £40.

And she told him ‘I hope you’re going to come up with the money because I’m not paying £40, I have to buy my own present for her!’ He said someone will be giving me some money in the sum of £40 and that money will be for the present.

And literally as she was telling me this, we were sitting in the car and I got a message from this guy, who wanted to buy something I was selling on Facebook – and it was for £40. It was so strange.

Amanda also has a hard time buying gifts for him. 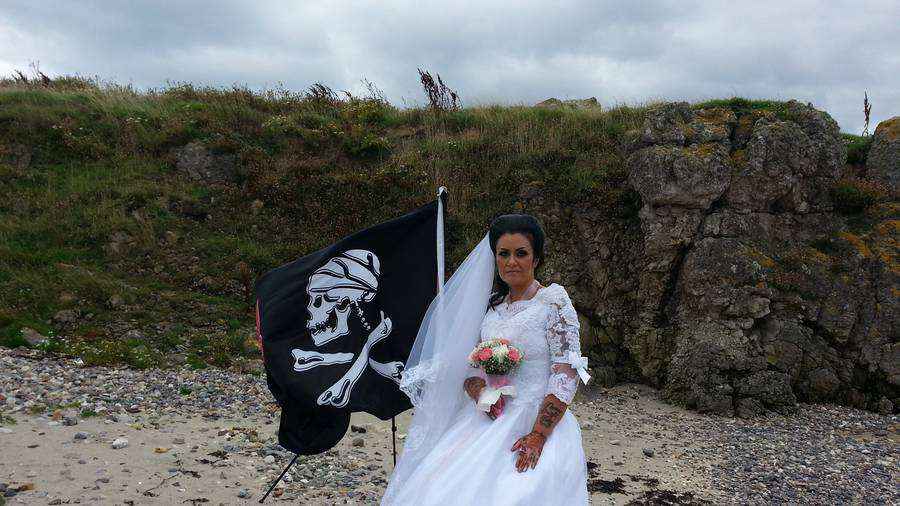 In the beginning, the first couple of years, it wasn’t too hard me buying stuff for him because I could only buy symbolic kind of stuff – candle holders, a plaque – that kind of stuff.

But there are only so many plaques and memorials you can actually buy before it becomes really really tacky.

For his last birthday, I just paid for us to go away for a couple of days so we could spend some time on our own together. I thought that was more practical than buying physical things.

Even though he can look at them – there is only so many ornaments a person can have.

She was inspired to speak about her life by the spiritual advisor Amethyst Realm.

Amethyst claims that she has had sexual relations with more than 15 spirits but Amanda tends to disagree even calling her an ‘amateur’.

Without doing a reading for her, it is hard to tell but I am certain it is just one spirit and not many, like she claims.But she doesn’t appear to connect with the spirit at all, she doesn’t know its name or anything about them.

I think it is really sad she doesn’t realize she can have a real relationship with this person, get to know them and even marry them – rather than just these weird one-off sexual experiences.

She has a book coming out soon enough called “Ain’t no grave can hold my body back”.