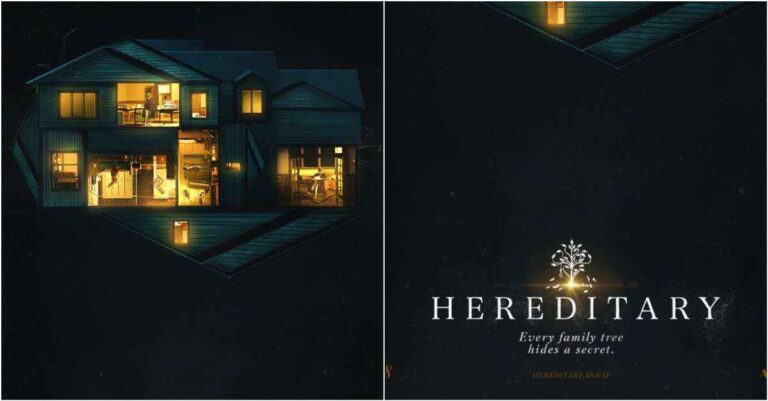 We often hear from people on every new horror release that this is the scariest s*** ever made. But you know that’s mostly not true as many claiming this among them are the ones who are not fans of horror flicks or they might be even watching a horror film for the very first time in their lives.

Some would tell you that Insideous is the scariest film ever made but nah its not even close to that.

But hey, this one was something really special. This time the news came out from the well known Sundance Film Festival about a film that they agreed upon to be the scariest thing ever made.

#Sundance about to be shook. World Premiere of Ari Aster’s HEREDITARY this Sunday. pic.twitter.com/n3sRFc1SVl

Yes, you read that right. The brand-new horror film Hereditary has left everyone spell bound and frightened at Sundance this year and got acclaimed as the best among horror flicks since Rosemary’s Baby .

This praise would be another milestone for the makers of the film, Studio A24, which already gave us some master pieces like The VVitch, Green Room and the newly Oscar-nominated Lady Bird in recent years.

It was premiered at Sundance two days ago and lets have a look at the word of mouth it has been receiving.

I just saw the scariest movie I have ever ever ever seen in my entire life. I. Am. Shook. #Hereditary #Sundance

When Ellen, the matriach of the Graham family, passes away, her daughter’s family begins to unravel cryptic and increasingly terrifying secrets about their ancestry.

The more they discover, the more they find themselves trying to outrun the sinister fate they seem to have inherited.

Making his feature debut, writer-director Ari Aster unleashes a nightmare vision of a domestic breakdown that exhibits the craft and precision of a nascent auteur, transforming a familial tragedy into something ominous and deeply disquieting, and pushing the horror movie into chilling new terrain with its shattering portrait of heritage gone to hell.

Sounds interesting and amazing right? But that’s not all, as a lot of reviews were also posted with titles similar to ‘most insane horror movie in years’.

Is there such a thing as “too scary?” #Hereditary #sundance

Whereas Thrillist told that the screams in theater were as scary as the movie itself:

This isn’t a scary movie. It’s pure emotional terrorism, gripping you with real horror, the unspeakable kind, and then imbuing the supernatural stuff with those feelings.

The warped genius of the film’s tactic is how it steeps us in the pain of these characters, investing in the drama of their situation, and then uses the raw emotions—theirs and ours—to enhance the potency of its set pieces.

Which are masterful, by the way: Propelled by a dread-infused, disorienting score by avant-garde saxophonist Colin Stetson, the film does a number on the nerves, perfecting the James Wan approach of prolonged suggestion and peekaboo funhouse horror.

But even the jump scares feel psychologically loaded.

HEREDITARY is pants-wetting unnerving. The more I think about it, the more questions I have, and it could be much tighter, but it’s still a hell of a cardio workout. Also, Toni Collette is a cinematic champ. #Sundance

Variety also said that it was potentially the most exciting film from Sundance this year (Quite a big statement!)

Hereditary is so disquieting, you’ll be gasping for air in the theatre. Utterly believable supernatural horror. There will be no scarier movie this year. If there is, it means we’re in a new golden age.

HEREDITARY is so disquieting, you’ll be gasping for air in the theater. Utterly believable supernatural horror. There will be no scarier movie this year. If there is, it means we’re in a new golden age. #Sundance

We certainly are in the golden age of horror movies and we hope this lives up to the hype. Are you planning on to watch it after this?