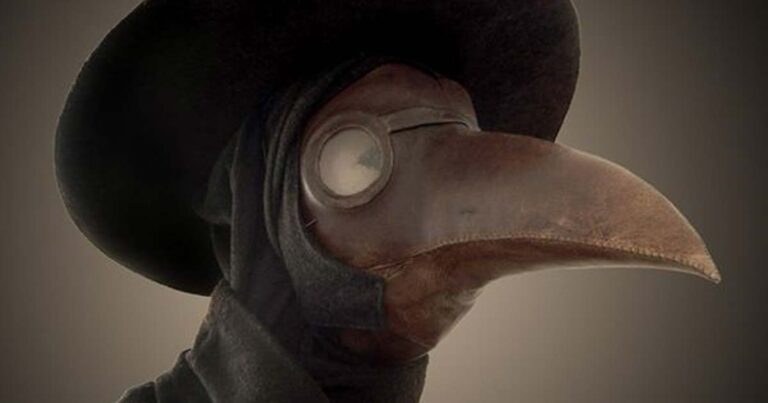 During the times of the bubonic plague, towns would seek the aid of physicians who looked to cure and comfort the citizenship, and who would come to treat all those affected. Now, as a modern-day pandemic is causing worldwide lockdown, one resident of Hellesdon in Norwich England has taken it upon themselves to don the guise of the plague doctor once more and some locals are pretty unhappy.

Sources say that the man has been spotted wandering around the town every day for the past two weeks, and with the current pandemic-fuelled social climate some people think that the costume is in bad taste, whilst others argue that whoever the masked man is he is doing his part into making those who defy the stay at home order reconsider their actions.

The infamous plague doctor design that is seen in the above photo was originally invented by French doctor Charles de L’Orme in 1630 and the beaked mask was said to contain straw, herbs, and spices as well as perfumes in an effort to combat the deathly stench of the plague as well as filter any harmful bacteria.

Whereas the costume almost certainly doesn’t serve any practical purpose, it does appear to be spooking some of the townsfolk. According to a Norfolk police spokesman, the authorities who are currently looking for the individual would like to “provide words of advice about the implications of his actions on the local community”.

A commenter on The Sun’s report of the events asks “So what is the difference between wearing a plague doctor costume and a stormtrooper outfit?” and another says “He’s clearly taking his daily exercise, but there’s no law yet about what he can or can’t wear”.

What do you think about the elusive Hellesdon plague doctor? Should the police be bothering to look for him? Let us know in the comments.