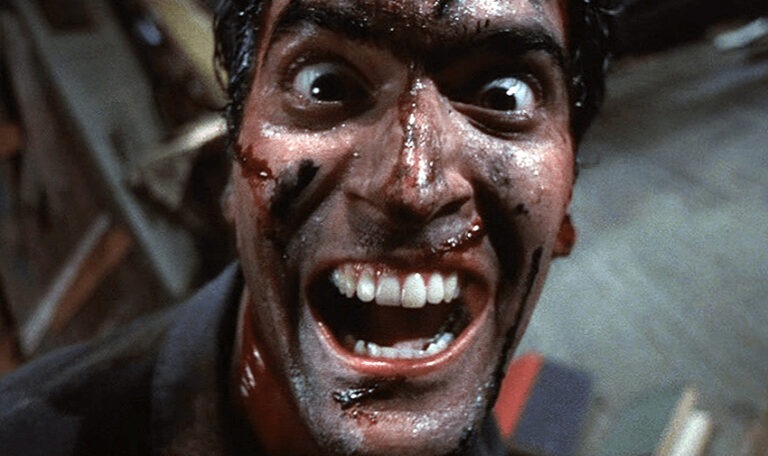 You can now test your Evil Dead 2 knowledge by immersing yourself in the world via an escape room inspired by the classic horror movie. The catch: the escape room will be happening using the power of Zoom’s video-sharing call function.

Hourglass Escapes LLC, the developer of the game, has announced that their official Evil Dead 2 Escape Room will be arriving online.

In the Evil Dead 2 Escape Room, the players have to search for the Kandarian dagger and destroy the Necronomicon Ex-Mortis, The Book of the Dead, before they get attacked by the army of Deadites.

Expect your favorite characters and other elements from the original movie to pop in throughout the game. Ash Williams, the chainsaw-wielding anti-hero, as well as other key characters such as Professor Raymond Knowby and his wife Henrietta, will have an appearance but played by different actors.

In the Evil Dead 2 Escape Room’s first initial run in Seattle last July 2020, Donal Thomas Capello played Ash, the role that catapulted Bruce Campbell into a crowd favorite. Yuri Lowenthal and Gretchen Douma portrayed Professor Raymond Knowby and Henrietta Knowby respectively. The actors who will be participating in the upcoming online version are yet to be announced.

Each session of the escape room will run for 70 minutes with the help of Zoom’s meeting technology.3 to 6 players (must be aged 13 and up because of its mature theme and language) are required for each game, wherein they can control the facilitator of the game as their own avatar. With Zoom, the players can play remotely from different homes provided that they have a good Wi-Fi connection.

Labeled as a “first-person video game but with live people,” the Evil Dead 2 Escape Room will be accepting bookings and registrations starting May 8, 2020, at Hourglass Escapes’ EVIL DEAD 2™ ESCAPE ROOM LIVE page. Each game costs $30 per player.

To learn more about the game, visit the link for the downloadable character pack.

What are your thoughts on the Evil Dead 2 Escape Room? Will you be booking a slot with your friends this May 8?