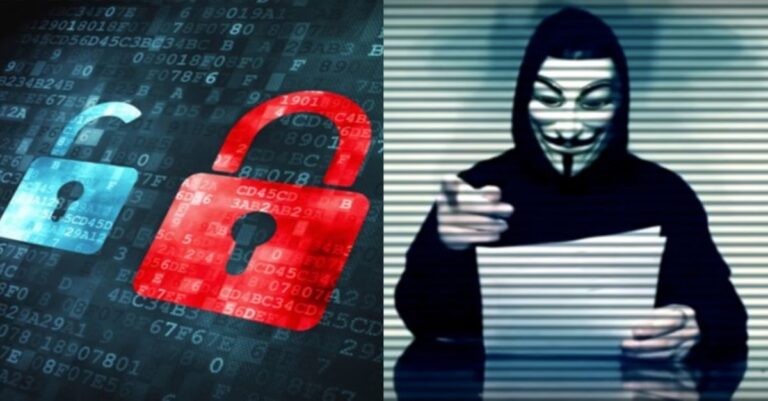 The internet is chockfull of mysterious and strange things. You may think that most of it is shared on social media and viewed by everyone but you are wrong. There is far more to the internet than what meets the eye. It exceeds the quirky and ventures into the realm of horrifying and bizarre. Alongside the welcome escape of entertainment, the internet hosts mysteries beyond understanding. While some may have plausible logical explanations, the rest of them will leave you pondering for ages.

Email from the Afterlife

Tim Hart discovered a strange email in his inbox in 2011. It was a message from a friend of his named Jack Froese. The email read, “Did you hear me? I’m at your house. Clean your fucking attic!” in the body while the title simply had the message, “I’m watching.” The strange part is that Jack Froese had passed away prior to the sending of the email. What is even creepier is the fact that all the friends were hanging out in Tim’s attic prior to the death and duly Jack made a passing comment about the mess. Although entirely possible that the message was a morbid prank by another friend, Tim insists that no one knew about the attic story. Jack’s family even confirmed that no one had access to his passwords or accounts.

Reddit is home to the weirder part of the internet but on specific subreddit is the oddest of all. Named A858, it has befuddled users since it was created in 2011. The page is full of long and confusing codes all written in hexadecimal. Many Reddit users have attempted solving them but have gotten nowhere. The posts appear every day and a few of them have been deciphered. But when cracked, the codes are meaningless short phrases. The list of unsolved codes is huge but the real mystery is why they were posted and what they do they actually mean.

In September 2013, a new YouTube account under the title of ‘Webdriver Torso’ gained fame. Every minute of every day, the account uploaded a video which lasted exactly 11 seconds. Containing nothing more than blue and red rectangular shapes the video emitted strange beeping sounds. At first no explanation for these videos was found. Conspiracy theorists jumped to conclusions that the videos were like “number stations” which were used for contacting spies in the Cold War. In 2014, Google revealed that the account was actually a quality test account, However, not many people believed that and skeptics believe there was a far more sinister purpose behind them.

In late 2015, the website Gadgetzz was sent an odd video. Ever since, it has been the subject of extensive interpretation. The video is of a person dressed in a plague doctor’s mask performing odd acts in what appears to be an abandoned building. The whole video will send shivers down your spine. From Morse code to jump-cuts and a mysterious static tone, there are also overlays spliced in from other videos. The purpose of the video is unclear.

In May 2015, the first online appearance surfaced with a video of the title, “01101101 01110101 01100101 01110010 01110100 01100101.” The binary code can be translated to “Muerte” which means “death” in Spanish. The Morse code in the video has had some decoding done and it translates into lewd unclear messages such as “2015Therewillbe(three)”and “Red Lipslife Tenth.” The video also contains the White House’s coordinates, multiple chess moves and more random threatening messages. The posters of the videos claim no connection to it and the source of these videos is unknown.

In 2002, Gary McKinnon was researching the existence of aliens. McKinnon took it one step further than the rest of us and hacked directly into NASA. He figured he should get his information from the main source itself. McKinnon stumbled upon a remote desktop connection which was unprotected. He discovered an image of what appeared to be a strange flying aircraft in the sky. Once NASA workers got drift of his activities, his access was blocked. Authorities attempted to bury him with heavy accusations, claiming that he destroyed government property and caused unreal damage. However, luckily for McKinnon, nothing was proven and he was free to go.

A conspiracy theorist’s dream, Bitcoins have the potential to completely alter the economic paradigm as we know it. Anonymous transactions and no regulation, this currency eradicated the purpose of a central bank. It adds both privacy and freedom and privacy to the buyer and seller. As great as they may be to tear away from the overbearing government, Bitcoins have been used for far more sinister uses. The “Dark Web” or the “Deep Web” exclusively runs on bitcoins and there are plenty of horrifying tales of people clicking the wrong link. Although a liberating idea, the bitcoin lacks regulation and the just adds to the appeal.

The term “Deep Web” refers to 80% of the internet which is inaccessible via the average internet browser. Stories about the deep web are on YouTube and Reddit and multiple other sites. From online drug trafficking to far more chilling endeavors, only the curious few are aware of the true nature of the Deep Web.

One such story of what lie within the deep web includes curious explorers stumbling on an online bitcoin bid. Once the bidding ended, a woman was revealed tied to a chair. The winning bidder then began to dictate. The explorer left the chat room in a hurry but it was obvious that the torture-murder live stream would leave its mark forever. It is also very common to find hillers for hire, s** trafficking and child pornography on the Deep Web. Careful how deep you venture.

The Cicada 3301 is one of the most enchanting mysteries of the internet. Surfacing in 2012, Cicada 3301 posted an image outline of a Cicada moth. The caption of the image read: “Hello. We are looking for highly intelligent individuals. To find them, we have devised a test. There is a message hidden in this image. Find it, and it will lead you on the road to finding us. We look forward to meeting the few that will make it all the way through. Good Luck.” Needless to say, the internet went crazy with people from all over scrambling to have the message decoded.

Since then, every year a new clue was posted save for 2015. These clues lead the “players” away from the internet and into the real world. Physical clues were found all across the globe. Cicada 3301 also makes plenty of philosophical, musical and literary references in their writings. A lot of speculation regarding who is actually behind these posts exists. Many people presume it is the NSA or the CIA. No one has stepped forward to claim responsibility for this mysterious occurrence. Similarly, no one who went through the decoding process has come forward. To date it is one of the most mystifying occurrences of the web.

Deeper than the Deep Web, Mariana’s Web is said to be one of the greatest legends of the internet. The name comes from Mariana’s Trench which is the deepest known ocean trench in the world. This region of the internet is simply inaccessible to almost everyone. Its existence is masked in speculation. It is believed that this part of the web contains some of the world’s greatest secrets from the location of the lost city of Atlantis to aliens.

It is reported that users who desire to gain access to Mariana’s Web need to make use of Polymeric Falcighol Derivation. This equation wholly relies on the use of quantum computers. However, these quantum computers apparently do not exist. This part of the internet is simply unavailable to any and all save for the elite minority. For that reason, the existence of Mariana’s Web remains shrouded in doubt. However, if it truly holds secrets too big for the Deep Web, then chances are it will never surface.

For the past few years, the self-proclaimed hacktivists by the name of Anonymous became a household name. It appears that the Guy Fawkes masks will remain associated with the group for a long time coming. This group attacks people online whom they believe are in need of internet justice. Ranging from petty arguments to large industries, Anonymous has taken the spotlight when it comes to hacking attacks.

The Internet is a horribly dark place if you manage to see behind the veil of social media and celebrity brawls. There is far more sinister stuff lurking in the shadows that you are unaware of. Perhaps it is better for you to remain unknowledgeable to these occurrences. However, if you do stumble upon them, you were warned.