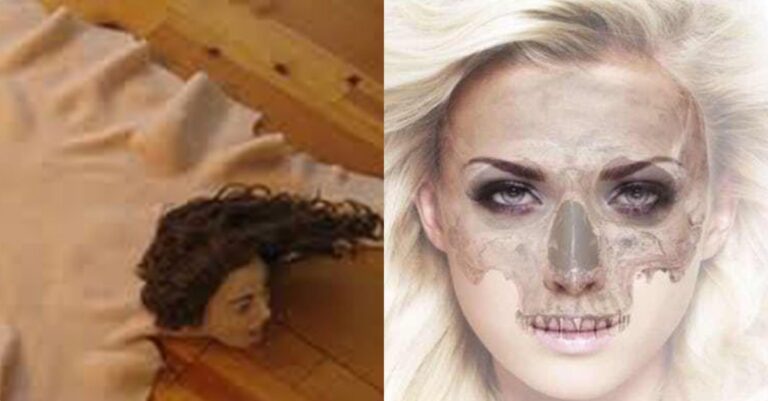 At some point in history, dead bodies were used for a series of bizarre medicinal practices. If you thought, the human race left such practices buried in the past, you are mistaken. Modern products are being currently created by making use of parts of or whole human corpses. That is not the oddest part yet. People are actually buying these items.

With science backing these creations and stating that they have healing properties, it does not appear like stores with stop stocking anytime soon. Read on to find out more about these bizarre practices.

Headdresses Made From The Hair Of The Dead

In China, it is a tradition to make use of corpse-hair. According to rumors, in the village of Suojia in Liupanshui City in the Guizhou province, the Miao people regularly wear wigs made from the hair of the dead. As reported by the Daily Mail, “every wig is passed down from mother to daughter, and includes not just yarn and twine but also the hair from a line of female ancestors, which the owners of the headdresses claim go back hundreds of years.” This hair is brushed and combed routinely.

Human Leather For Those With Refined Tastes

A UK based company Humanleather.com is in the business of human leather. The official website states, “Just like animal leather products produced from lesser animals, our raw human skin is transformed into the finest grade leather by using a traditional tanning process. However, human leather is the finest grain leather that is obtainable. It is free from defects and has the smallest grain size, which makes it the smoothest, softest leather on earth.”

According to the company, the materials are acquired from “people who have bequeathed their skins to us prior to their deaths.” They also state that the whole process is entirely legal as well as ultra-discriminating. They claim that they that they had to “turn away some potential donors, as we can accept only the highest quality human skin.” According to their legal contracts, the names of those who donated their skin cannot be disclosed.

Perfume Made From Chemicals Emitted By Corpses

A chemist in Nebraska from Doane College, Raychelle Burks, came up with the ingenius idea of making a perfume from the chemicals released by the dead body. She said, “If we’re really trying to mimic a corpse, we have got to get the smell down to perfection. Nobody wants to be the guinea pig that spritzes on the death cologne and realizes it doesn’t’ quite work.”

She further explains, “putrescine and cadaverine are the main ingredients, which are emitted early on in the decaying process. Both organic chemical compounds are produced by the breakdown of amino acids in living and dead organisms and are toxic in large doses. They are largely responsible for the foul odor of putrefying flesh, but also contribute to bad breath, and can be found in semen. Methanethiol, which smells like rotten eggs, is also added to the ‘perfume’ to create its offensive bouquet.”

Basically an amalgamation of the scents of semen, corpses and bad breath.

Jam Made From Princess Diana’s Hair

Bompas and Parr is a London-based company which according to their website is “globally recognized as the leading expert in multi-sensory experience design.” They are also pioneers in the creative uses of corpse-hair. In 2010, a product was manufactured by the company titled “Occult Jam.” It supposedly contained hair from none other but the late Princess Diana.

Co-founder of the company, Sam Bompas, states that the hair was purchased off of eBay and did not come directly from the corpse. Nevertheless, as CNN reported, “what started out as art itself has become a product with a lot of major retailers.”

Researchers from the Beijing University College of Life Science and Technology came up with the gross idea of human gelatin. Considered a vegan product, the group are pioneering a Soylent Green-type method to completely revolutionize the gelatin industry. Their precise plan is to take “human genes [and insert them] into a strain of yeast [producing] gelatin with controllable features.”

The term “features” works wonders in conjuring up disturbing images of human body parts in a blob of strawberry Jell-O. They also state that their new method was designed for the purpose to “reduce the risk of diseases like Mad Cow, which may be present in the bones and cartilage that gelatin is made of.”

Cadaver Skin As A Treatment For Burns And Ulcers

In the University of Manchester, bioengineers have come up with a twisted take on creativity and logic. They have discovered that skin extracted from cadavers is far more effective when it comes to healing wounds in comparison to living tissue. After decontamination with antibiotics, corpse-flesh serves as more beneficial to ulcers and burns.

Ardeshir Bayat, the head researcher, explained that the living body is similar to “an empty shell of a house without furniture that is easier to populate then building a house from scratch. In the same way, decellularized dermis provides a scaffold that the body can try to populate with its own cells.”

Diamonds Made From A Loved One’s Human Cremated Remains

Chicago based company, LifeGem, allows you to create diamonds out of your loved ones’ cremated remains. This innovative (and peculiar) service is largely regarded as poetic or romantic. We disagree. The official website states:

“From just 8 ounces (200 grams) of cremated remains, we can extract enough carbon to make multiple diamonds…typically all the diamonds that a family wants. We store any unused carbon free for the family after their order is completed. This is great protection in case their LifeGem diamonds are ever lost or stolen.”

Cured Meat Made From The Skin Of Celebrities

The macabre startup company BiteLabs launched a scheme in 2014, convincing celebrities to donate tissue samples for the production of “specialty meats.” Although the celebrities themselves were not dead, the final product would pretty much be their meat in dead form. The website states: “Isolating muscle stem cells, we grow celebrity meat in our proprietary bioreactors. In the tradition of Italian cured meats, we dry, age, and spice our product into fine charcuterie.”

Company spokespeople have come forward and assured the public that the ordeal is not a hoax. The proposed James Franco salami, for instance, is said to be: “smoky, sexy, and smooth … sharp Tellicherry peppercorns and caramelized onions provide Franco’s underlying flavors, complemented by a charming hint of lavender. The Franco salami’s taste will be arrogant, distinctive, and completely undeniable.”

Linda Jones, a Vermont-based artist, is famous for her abstract art pieces. Recently she decided to take it to a whole new level. At the Burlington’s Firehouse Gallery exhibit she reportedly included “x-rays, stitches from real surgical procedures [and] even human teeth, hair, and flesh preserved in formaldehyde.”

The work is aimed to be more personal than grotesque. She said that the waste was collected from “procedures treating her and her family.” Jones also added that, “injuries and sickness are major events that affect people in profound ways.”

Andrew Krasnow, a US artist, is making headline with his exhibits of human skin art and sculptures. Apparently hehas been working on them for the past 20 years. He had his first exhibit in 2009 in London’s GV Art Gallery. The artist assures that all of his skins are acquired from bodies that have been donated to medical science. He also states that his work is not meant to be solely shock art but is also intended as “a commentary on human cruelty.”

Cosmetics Made From The Corpses Of Executed Chinese Prisoners

According to the Guardian, a Chinese company is in the trade of creating cosmetic products with materials gleaned from the corpses of executed or deceased prisoners. These items are then marketed to Europe. Simply put, the next time you go for a facial filler or collagen treatment or even a lip-pumping injection, you might just be injected with corpse-fat.

This story made headlines and incited public outcry. The company responded by insisting that only “some” of their products were shipped to the UK. They also added that there was no need to “make such a big fuss about” the whole ordeal.

From perfumes to edible items like jam, it appears like there is no end to what the one can achieve given the right motivation and imagination. Do you wish you had never found out about these products? Or are you planning or your next human corpse product purchase? It should suffice to say that these are just the tip of the iceberg.