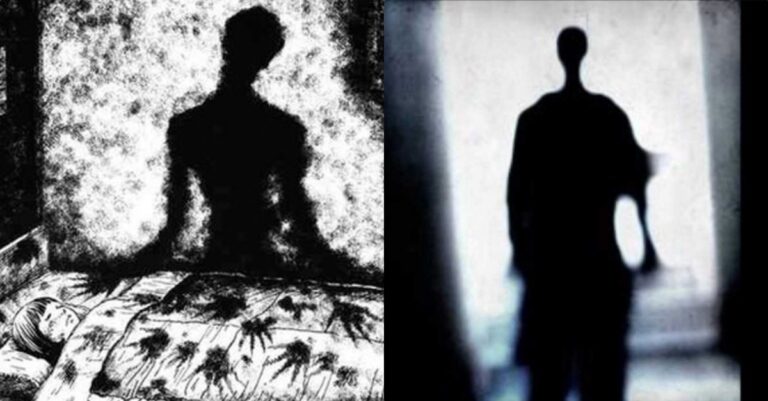 Shadow people are a phenomenon that exists since thousands of years yet no one really knows who they are. Some people share the belief that these creatures are supernatural spirits who manifest as dark shadows. These legends of shadow people go back as early as the 600s CE. Even religions make mention of them – the Quran talks about pitch-black sapient creatures created from fire “not purely spiritual or physical in nature.”

Some Believe That Shadow People Are Extraterrestrials

Heidi Hollis, author and self-proclaimed shadow people expert, mentions shadow people in her book “The Secret Of War” as “alien beings”. She believes “The Man In The Hat” to be an extraterrestrial being. Theorists are of the belief that “The Man In The Hat” is part of an alien species which is known as “the greys”. Other people figure that the hat is a “form of disguise to cover up an unusually shaped head that could be alien in appearance, or it is some kind of otherworldly technology or even protection device.”

They Look Like Huge, Ominous Black Shadows In The Shape Of A Human

The “classic shadow being” is the most common form that shadow people appear in. more precisely they are described as “dark, inorganic, phantom-like bipedal figures that look just like a dark black shadow of a figure, but don’t seem to quite have full human form or facial or bodily delineation. They feel very masculine and oppressive and like something that is beyond human and out of our scope of understanding.”

A psychic medium, Natalia Kuna, put the description of the figures as “tall, about seven feet in height, though they can configure and transform into different sizes and shapes. Often their limbs (arms and legs) seem quite long, and very occasionally fingers seen.”

A lot of people think that the dark form is a kind of camouflage used by these beings to blend in. Others however, report witnessing shadow people in green or red glowing eyes or even in capes, hats or long coats.

Natalia Kuna shares her idea of shadow people as “conscious, intelligent, inter-dimensional beings.” She also notes that they are capable of dematerializing incredibly easily and “shape-shift into other forms such as in the figure of a cat, dog, rodent, oddly-shaped spider, insect or other creature or shape.” On her website, she pens down the “Man In The Hat” as “an intelligent consciousness from another dimension or time-space reality, possibly the future.”

She is not the only author who shares these beliefs. In the book “Legend-Tripping Online: Supernatural Folklore and the Search for Ong’s Hat” author Michael Kinsella wrote that shadow people are “extra-dimensional inhabitants of another universe.”

People Recall Spooky Encounters With Shadow People While They Sleep

Someone shared a personal account on The Line Up of an encounter with a shadow person:

“While lying there unable to sleep, I became aware of a presence and suddenly and silently a figure moved through our bedroom door and proceeded to our bed. Then rounding the corner of our bed took up a fixed position at the foot of our bed. I was aware that this entity was conscious of us and was intently watching us as we lay there. The entity can best be described as a something that had the appearance of black smoke or a shadow, however it was more material that either of these but less material than a real person.

The oddest thing about this is my lack of fear. Although I was acutely aware of this being and the fact it was not of this earth as we perceive it, it did not seem to arouse any fear response in me, I would say it aroused a feeling that would fit somewhere between “creepy, awed, and curiosity especially considering the fact that it was aware of me as I was aware of it. After some time, I almost convinced myself that I was imagining it but then I became aware of the fact that my wife was no longer breathing like she was asleep but was breathing almost silently. I then said “Honey you awake?” to which she answered “Yes.”

Then I said “do you see anything?” Expecting her reply to be “what do you mean?” but much to my surprise she said “You mean that thing standing at the foot of the bed?” At this time, I did become somewhat “nervous”. We laid there for about 10 minutes and then it was gone. It just over a period of about 10 seconds became less solid and our perception of its presence became weaker until it just wasn’t there anymore. Then it was if it had never been there. Nothing like this has happened since and the only evidence it ever existed is my wife’s and my memories of it.”

Natalia Kuna persists that most shadow figures are “parasitic, malevolent or evil.” However, on rare occasions people did claim to encounter shadow people who possessed neutral auras. Some even went as far as to describe shadow people guardian-like or “benevolent”. On the other hand, shadow people with green or red glowing eyes are thought to be “extremely evil humans who have passed and transformed into this dark ominous form in order to continue their evil, malevolent ways. They are dark force ‘discarnate’ entities.”

Lena Townsend, a registered metaphysical practitioner, shared similar views – not all shadow people may be evil but evil ones do exist. Her analysis is that shadow people feed off the energy they’re given – meaning that spirits stuck because of a negative experience may turn evil, while others living in a positive environment will remain neutral or even guardian-like.

Most People Who Experience Shadow People Suffer From Sleep Paralysis

Another author, Dr. Shelley Adler, wrote a book which connecting witnessing shadow people to suffering from sleep paralysis. Her book “Sleep Paralysis: Night-mares, Nocebos, and the Mind-Body Connection” she writes about how people who have sleep paralysis encounter a “shadowy or indistinct shape” during their episodes. She shared insight that these visions are more in the brain than supernatural. However, neuroscientists V.S. Ramachandran and Baland Jalal believe that these hallucinations possess neurological explanations, too.

George Noory, radio DJ and shadow person expert, invited Matt Moneymaker (a famed Bigfoot hunter) and Heidi Hollis in 2003 to his radio show “Coast to Coast”. They discussed the “Hat Man” and shadow people. Noory related to Moneymaker and Hollis reported incidents where shadow people attempting to “jump on their chest and choke” people. This raises concern regarding the fact that shadow people are capable of contacting the physical realm.

Lena Townsend, shared instances she studied where people reported feeling antagonized by suspected shadow people. She believes that these cases shed light on the possibility of shadow people being more than the average spirit and possibly even having demons attached to them. However, she also emphasized that not all shadow people are harmful or malevolent.

The emergence of shadow people in popular culture stems from the personal stories shared by paranormal investigators and ghost hunters. Despite the fact that they have existed for centuries, it is only recently that more and more people are becoming aware of their existence. Reading these creepy tales of shadow people might have jarred back a memory of a similar encounter you might have had. Look over your shoulder next time!