Freaked DISCOVER THE ART OF PUBLISHING
Home Fiction Scary Stories To Tell In The Dark: Re-Released With Original Artwork 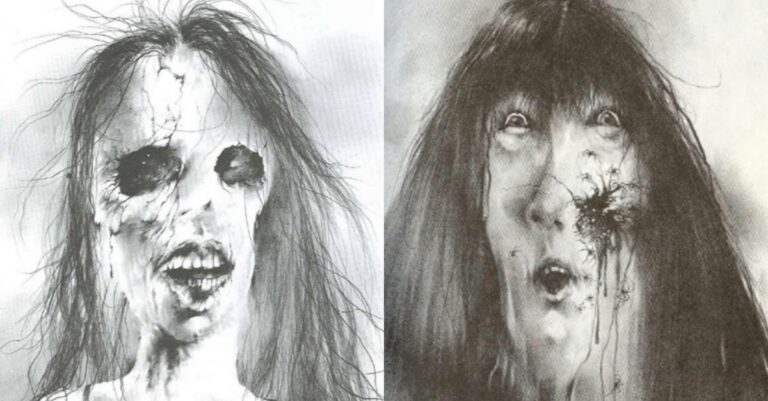 If you have had an awesome childhood, then you will definitely remember ‘Scary Stories To Tell In The Dark’. Not only were they creepily exciting but the tales were chilling to the bone. Regardless of the fact that we all grew up, everyone has at least one story that has stuck with them till today. Do you have a personal favorite?

Scary Stories To Tell In The Dark Trilogy

Regrettably, the books became uncommon to the marketplace after the original printings from 1981-1991. Although a new printing by Harper Collins was made in 2011, the books lacked the original Stephen Gammell illustrations.

To appease the large following of fans of the books, Harper Collins has re-released the grisly trilogy of childhood nightmares this time alongside the original drawings.

Notable images from the stories standout such as the following:

Spiders Crawling On Your Face Whilst You Sleep

The Sheer Horror Of The Artwork Was What Made The Books

Purchase your own set of Scary Stories To Tell In The Dark today from here.